In an emergency, will your government have the power it needs to provide the services you and your constituents count on? 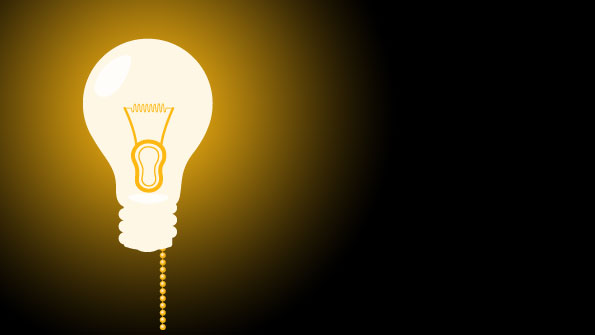 This article appeared in the March 2012 edition with the title, "Keeping the lights on."

Imagine working late at city hall one night and the lights begin to flicker. Next, only a few city buildings and key public gathering places remain lit. The rest of the region surrounding your city sits in total darkness.

The power is out for two days, yet the city continues to operate with minimal disruption. It was spared from the worst effects of a power outage because a couple of years ago it became involved in energy assurance or energy security planning.

Today, more local governments are paying attention to energy security issues, which means they are concerned about their ability to maintain essential community services in the face of an energy disruption. And rightfully so: many essential local governments services fall into jeopardy when the power goes out. Local governments are apprehensive about the spate of energy outages because basic economic activity can be adversely affected without power, even for a short time. “We had to change our thought process and build energy into our business continuity plan and figure out how we could make it through a power outage that lasted several days,” says Casper, Wyo., Assistant City Manager Linda Witko.

In planning for Y2K and following 9/11, communities paid heavy attention to crafting and practicing emergency response plans. Now, however, many realize that their emergency response plans do not include actions that specifically address energy disruptions. Given the increasing importance of energy across most services, this gap is now deemed unacceptable by many.

Although local government energy security planning includes three steps (preparedness and investment, response and restoration), most communities have not completed the first step: pre-event energy outage preparedness and investment. A group of 43 cities — from large communities (Boston, Chicago, Denver and Philadelphia) to medium and small cities (Baton Rouge, La.; Raleigh, N.C.; Hailey, Idaho; and Roswell, Ga.) — have been designing energy assurance plans since 2006 with Alexandria, Va.-based Public Technology Institute (PTI), supported by the U.S. Department of Energy’s Office of Electricity Delivery and Energy Reliability. “It comes down to assuring that local governments are energy self-reliant until normal energy services are restored,” says PTI’s Assistant Executive Director Ronda Mosley. “This requires partnerships with utilities and many others.”

Tricia Sears, project director for Portland, Ore.’s energy security plan, says that the program helped the city identify its energy weaknesses and strengths. “Our energy assurance planning enabled us to pull together sustainability, transportation, energy and emergency issues and integrate them,” she states.

In a separate project, PTI is helping the California Energy Commission (CEC) reach its goal of having 50 local government energy security plans complete by early 2013. Getting the attention of California local governments may be easier because of the recent numerous energy disruptions and billions of utility-funded local government energy efficiency programs invested over the last decade. “The term ‘energy assurance’ is new to many people, and yes, it is competing with other issues for attention,” says Witco. “But once you understand that it can help you manage your city more effectively, you have to pursue it.”

Because of the many threats from hazards such as natural events and terrorism, power outages, and the possible supply disruption from foreign sources of petroleum, local governments must work with utilities, regional councils of governments, neighboring communities and other stakeholders to build strong energy assurance plans. For example, local governments in the California San Joaquin Valley are considering energy security issues regionally, and in the interest of self-reliance, discussing options for shoring-up their local energy supplies. Not only are cities like Visalia, Calif., designing their own energy security plans, the region is parlaying its experience with climate action and sustainability plans into partnerships with Fresno and other regional cities.

They also are thinking regionally to keep energy dollars and jobs in their area. “We see increased interest from our members in energy planning,” says Fred Abousleman, executive director of the National Association of Regional Councils. “Lots of jobs are at stake with new shale gas finds and renewables. When you combine energy assurance efforts with general planning efforts, the community wins.”

Local governments also are finding themselves engaged in what typically has been a utility-only world. City leaders are perhaps for the first time building real partnerships with their energy suppliers, and learning about smart grid opportunities, cyber security threats and exploring various types of alternative energy generation. They are writing new energy security plans to minimize the impact of future service disruptions and to reduce economic risk.