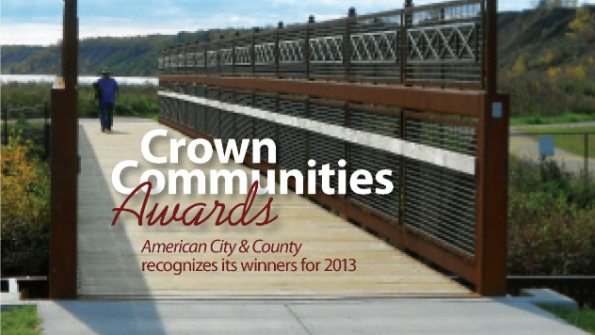 In 2008, the small town of Wells, Nev., was shaken to its core by 6.0 earthquake, resulting in damage to many to key city buildings. Wells High School, City Hall, Public Works and the town swimming pool were left cracked and fragmented. The community banded together to rebuild, and many organizations such as the Nevada Rural Development Council and Nevada Small Business Development Center offered their services. One of the city’s major priorities was to rebuild the community swimming pool, a gathering area for residents that had been devastated by the earthquake, as an indoor facility that could be used year round. 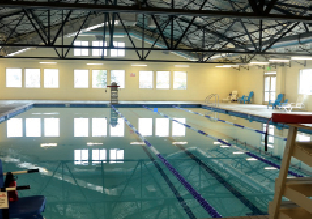 “Wells is a small community, so youth as well as adults have very limited opportunities for recreation,” says Wells City Manger Jolene Supp. “The pool provides indoor, organized recreation for kids and adults that might not be able to afford to go to ski resorts. It’s an affordable way to provide indoor activity and is important for health and wellness.”
At first, city officials questioned how to fund the million-dollar project when rebuilding the city’s essential services had taken such a financial toll. With support from a Community Development Block Grant, HUD, Senator Dean Heller, fundraising, insurance proceeds and volunteerism, the 40 by 75-foot pool was completed in five years and opened in the summer of 2013. It features new showers, lockers and organized activities, and it also provides jobs to teenage lifeguards. The pool is now a destination for northeastern Nevada, with swimmers coming from neighboring cities up to 60 miles away.

“We didn’t realize until after we had the pool that we had kids going through their entire high school career without ever being in a pool, and some of them didn’t know how to swim,” Supp says. “Now the school gym classes are coming to our pool, and two of our lifeguards last year went to college and immediately got jobs because they had Red Cross certification.”

The pool, in addition to the city’s reconstruction of the public works facility and city hall, represents the strength of a small community that has banded together to recover in the wake of disaster. As remodels and repairs from the earthquake’s destruction continue, business is picking up to offset the initial financial burden.

“While the earthquake is now a historical part of Wells, we are looking to the future more so than the past,” Supp says. “We can recover and progress.” 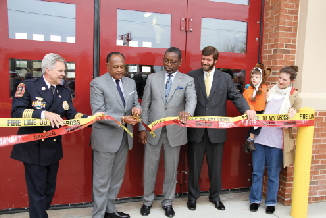 Housed in a facility originally constructed in 1912 for use of horse-drawn equipment, Richmond, Va.’s Fire Station No. 17 was in desperate need of an overhaul. In February 2008, Richmond began a feasibility study to identity and research future two-acre sites for a new station, which would take over the 24 hour per day, seven day per week fire schedule. Once a new location was selected in the southern portion of Canoe Run Park, the Richmond Fire Department applied for funding. The ARRA Station Construction Grant Program awarded Station No. 17 $3,520,109, which the city matched with $1,650,000 in grant funds, bringing the total to $5,170,109 to meet the overall projected costs.

With the funding secure, the city selected Hughes Group Architects to design the new 11,400-square-foot facility. The building was designed to fit in with the Springhill District aesthetic by using the craft architectural style. The construction, completed in December 2012, is also environmentally sound, and is expected to become LEED Gold Certified in the near future.

“The new station reduces water use by 35 percent, improves energy efficiency by 24 percent, contains low emitting building materials and uses water-efficient landscaping,” says Richmond Mayor Dwight C. Jones. “We are committed to green buildings because they are cost effective, they operate as healthy places to work, and they are environmentally responsible.”

Fire Station No. 17, which was constructed with sustainable and recycled products, also underwent state-of-the art facility upgrades with the addition of three large apparatus bays, front and rear bi-fold bay doors, a modern kitchen, private sleeping quarters, training tower and a technologically advanced fire alert system. Equipment controls are tied into a central building management system, increasing operational efficiency. After almost one year of operation, it has proven to be a satisfying facility for Richmond’s fire and emergency personnel.

“This building is more than functional, as it also serves as a beautiful gateway transitioning from the neighborhood and park into the more urban density of downtown,” Jones says. “With it we are continuing to reinvest in our future.”