In July 2011, Sandwich, the oldest town on Cape Cod, converted its residential solid waste program to a “Pay as You Throw” (PAYT) program, with dramatic results. In the program’s first year, the residents of Sandwich reduced their solid waste by 42 percent and recycled 74 percent more plastic, metals, and glass and 20 percent more paper, says Paul Tilton, the city’s director of public works. During the same period, the town’s solid waste disposal costs dropped more than $10,000 per month for an annual savings of more than $120,000.

The PAYT program turns trash into a metered utility, whereby residents use designated plastic trash bags or tags for waste collection and are charged only for the amount of trash collected. A primary impetus behind the PAYT program was to increase recycling and reduce solid waste to offset anticipated increases in the so-called tipping fee or the price per ton the town pays to SEMASS/Covanta to dispose of its trash at its Rochester, Mass., incinerator. The town’s current contract with SEMASS/Covanta expires in 2015 and officials are anticipating that fees will, at a minimum, double in the next contract. 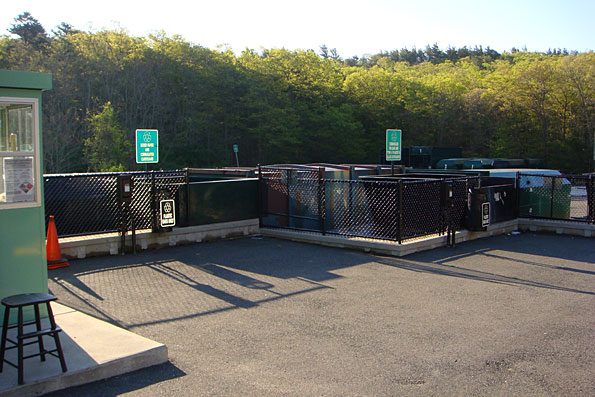 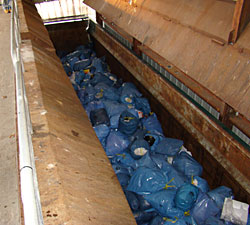 “In addition to the important economic and environmental benefits of the PAYT program, there have been other gains and efficiencies that have benefitted Sandwich,” Tilton says. “Traffic at the transfer station has decreased by almost 20 percent, which translates into fewer trips to dispose of our solid waste, which in turn has freed up both vehicles and staff for other important town projects.”

Not only has PAYT helped offset future increases in solid waste disposal costs, it also provides an equitable system for residents to dispose of solid waste, and encourages recycling. The project has also allowed the town to become a leader in environmental awareness: Since Sandwich implemented a PAYT system, many of the other 15 Cape Cod towns have followed suit.