Effective water conservation efforts in California have led many local water districts to increase rates to make up for lost revenue. In Riverside’s Western Municipal Water District (WMWD), leaders agreed with customers who said they shouldn’t be penalized for using less water. Instead, WMWD decided to transition to a complicated rate structure known as water budget rates, which rewards those who use less water and penalizes those who use too much.

Because WMWD customers have shown a history of skepticism toward change, the district carefully planned to introduce water budget rates by educating residents about what to expect. The agency began planning for the proposed transition to water budget rates about 36 months prior to launching the initiative. 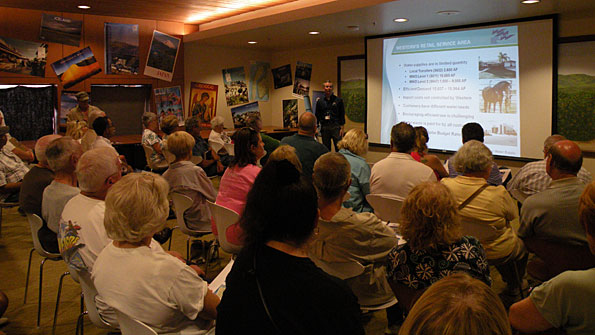 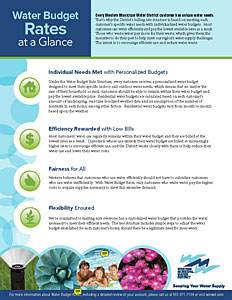 WMWD developed an aggressive outreach program to communicate this complicated rate structure to its diverse stakeholders in clear terms to build understanding and support. In just 10 months, the WMWD team delivered more than 20 presentations to local civic groups and hosted eight workshops with residential and commercial customers. One-on-one meetings were also held with key regional elected officials to build awareness and secure support. The program’s most important item was a legally required customer notice, which “was prepared in a reader-friendly fashion rather than the usual legalese,” says Michelle McKinney Underwood, community affairs manager at WMWD. The district also published fact sheets, created a separate website and used the district’s customer newsletter and bill stuffers — all to communicate key points.

“Water budgets are designed specifically to be efficient and fair; they also send an important pricing signal to our customers,” Underwood says. “And, no longer do the water-wise customers subsidize the overuse of their neighbors’ water. Water flowing down the streets is now directly connected to the customer who’s wasting and their pocketbook.”

During the first six months of implementation, 84 percent of WMWD customers were living within their water budgets, which is 16 percent more than anticipated. More than 500 customers have participated in WMWD’s home survey program and water-wise landscaping classes, a major increase from previous years and evidence that customers are engaged in using water more efficiently.