New ideas about disaster preparedness are brewing in the wake of Hurricane Sandy. 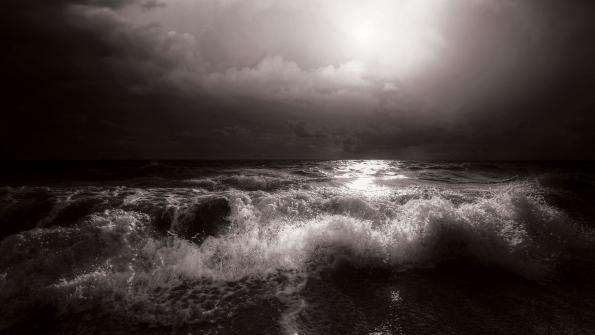 After Hurricane Katrina hit New Orleans in 2005, New York City hospital administrators thought they could prevent a similar circumstance in their own city by moving their power generators to higher floors.

But when Hurricane Sandy hit the Mid-Atlantic area last October, flood waters rushed into the hospitals' basements and disabled the fuel pumps and oil tanks that had been left in place, leaving the hospitals in darkness. Despite their effort at foresight, the hospitals learned the hard way that half-measures don't "cut it" in disaster planning.

"They only partially learned from Katrina," says Dr. Irwin Redlener, a Columbia University professor of public health who is now leading New York State's comprehensive examination of disaster planning efforts. "They only looked at part of the problem, not how the whole system works."

As Redlener and others review what Northeast cities did right and wrong as the monster storm approached, opinions differ as to what steps should be taken to limit the damage if a storm of similar magnitude strikes the coast again.

Experts from across the country also are weighing in, viewing this destructive force of nature as a warning to their own communities to prepare today for contingencies that are far beyond what they have experienced previously.

"For a long time, communities have prepared based on what they have experienced before," says Redlener, a medical doctor and director of the National Center for Disaster Preparedness at Columbia. "But disasters today are much larger or more complex than anyone experienced in the past. It's important to take this into account for proper planning and implementation."

For those who have been studying the potential effects of climate change, the storm is less a surprise than an indication of what lies ahead for communities attempting to mitigate the economic costs and personal tragedies of natural disasters.

"This is a game-changing event for the region," says James K. Mitchell, a Rutgers University professor of geography. Mitchell is interviewing key stakeholders as part of a study on the lessons to be learned from Sandy. "Lots of assumptions from past storms are being thrown out. The magnitude of loss is greater than anything previously."

A storm of historical proportion

Officials estimate that Sandy claimed the lives of more than 125 people, the vast majority in New York City, New Jersey and Pennsylvania. The $62 billion damage toll makes Sandy not only the most destructive storm ever in the Northeast, but also the nation's second-most destructive (in dollars of damage) after Katrina, which cost $128 billion. Congress approved about $60 billion in reconstruction aid to cover immediate housing needs, rebuilding costs for businesses and homes and prevention efforts against future disasters.

In terms of magnitude, the National Hurricane Center says Sandy's tropical force winds extended 820 miles at their widest and its storm surge and wave action reached 5.8 on a 0 to 6 scale, the highest measured. The storm was a hurricane in the Caribbean but its winds had slowed by the time it reached shore. However, it was the surge of water as the storm pushed onshore that devastated coastal communities.

With such widespread destruction, officials have undertaken a broad review of what should have been done prior to the storm to minimize the damage and what steps can be taken now to prevent future catastrophes. While there is consensus on the need for action, a variety of opinions exist on what should be done. There are some concerns that remedial efforts could actually do more harm than good.

Since Sandy's damage was so widespread and affected so many disparate communities, proposed rebuilding initiatives are as varied as the engineering mind can imagine. For example:

Malcolm Bowman, an oceanography professor, has proposed constructing a sea wall barrier to protect New York City, at an estimated cost of $6 billion. New York Gov. Andrew Cuomo has indicated that the state should consider the concept;

Sea Bright, N.J. Mayor Dina Long anticipates that the recovery of her seaside community, an area hit hard by Sandy, will involve raising structures and building them farther from the water;

and Hoboken, N.J. Mayor Dawn Zimmer has called for more green space as well as a floodwall that would surround the city, which faced massive flooding during Sandy.