What cities and counties can expect from the 2010 Patient Protection and Affordable Care Act, signed by President Obama in March. 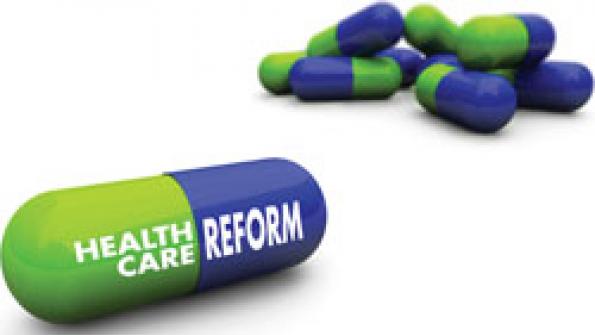 Since late March, local government officials around the country have been parsing the language and combing through the fine details of the landmark $1 trillion Patient Protection and Affordable Care Act, one of the most important and complicated pieces of legislation to emerge from Washington in more than a generation. Whether they supported Democrats in pushing through the historic legislation or fought it, local leaders will bear much of the responsibility of implementing the change that the bill envisions. "It's very complicated," says Neal Bomberg, health care lobbyist for the Washington-based National League of Cities (NLC). "But, it meets all of our criteria. Cities and towns came out ahead on this issue."

With the talk of death panels and complaints about the complexity, cost and heft of the 2,500-page piece of legislation fading from memory, Linda Langston is most concerned today about making the overhaul of the nation's health care system work. "It's a very important discussion at the local level," says Langston, chair of the county board of supervisors in Linn County, Iowa. "In the next four years while it's being implemented, we will get a clearer understanding about what it will mean to us. There are a lot of carrots. Later, the sticks will come in."

Officials acknowledge that the most important consideration at this stage, now that the legislation has passed, is the rule writing that goes on in the regulatory process. The U.S. Department of Health and Human Services will lead the effort (www.healthreform.gov) to fill in the numerous details, in effect putting flesh on the bones of the legislation. "We're going to be very carefully watching the regulation process," says Paul Beddoe, health specialist for the Washington-based National Association of Counties (NACo). "We may go back to adjust the legislation if some of the coverage assumptions are less rosy."

In general, government officials are finding a lot to like in the health care reform's heavy reliance on the public health system, with special attention on promoting healthy lifestyles that are seen as a major path to controlling health costs. "This is a very positive step in the U.S.," says Robert Pestronk, executive director of the Washington-based National Association of County and City Health Officials (NACCHO). "We can design a community health system that makes it likely that good health will be the result."