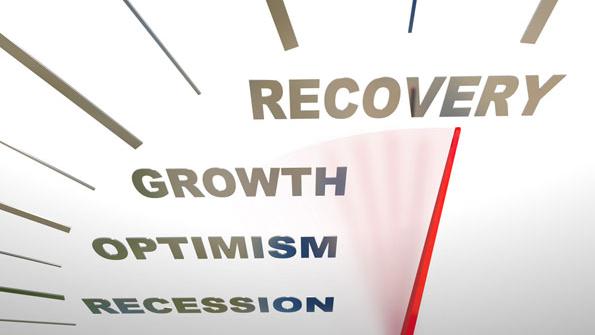 But then there are positive signs

But amid the dark clouds, rays of improvement are becoming shining through, however tentatively. Total state tax collections grew for the ninth consecutive quarter in January through March in 2012, according to the Nelson A. Rockefeller Institute for Government in Albany, N.Y. and the U.S. Census Bureau. Last year, state tax revenue of $776 billion eclipsed a prerecession peak for the first time, the Rockefeller Institute reported. Meanwhile, sales of existing homes rose 2.3 percent in July from the previous month, according to a report of the National Association of Realtors. Still, even optimists believe that home prices will not regain their 2006 peak until 2022.

In Atlanta, the city’s improved progress has allowed leaders to hire more than 525 new police officers, open all of the city’s recreation centers and increase the its fund balance to more than $94 million, says CFO Beard. “The city has made significant progress in the past three years and our financial position is much improved,” he says.

In Williamsport, Pa., where energy companies are drilling for natural gas, the city is planning a new civic arena, residential housing and an airport terminal to accommodate flights from Houston. 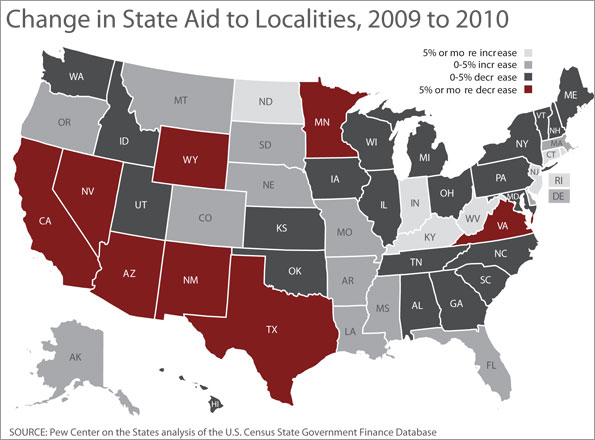 While other city and county officials will have to wait for the clouds to lift before they know what ultimately happens to their revenue stream, the damage done in the last several years of economic distress is plain to see.

Through a combination of layoffs, attrition, hiring freezes, and furloughs, local governments shed half a million jobs, or 3.4 percent of their overall workforce, between September 2008 and December 2011, with half of this loss coming from the education sector, according to the U.S. Bureau of Labor Statistics. At the same time, states eliminated an additional 150,000 jobs, or about 2.9 percent of their workers. The cuts in state in local government have significantly hindered an economic recovery in the broader economy.

In Belvidere, N.J., for instance, the town opted in early 2012 to cut garbage collection entirely, but still faced a projected deficit of $250,000. Residents now have to haul their own trash to the landfill or pay for private service. As Dallas closed a $130 million budget shortfall for fiscal year 2011, it cut its workforce by 450 employees — nearly 4 percent of the total — with more than half from the parks department. As a result, park maintenance was performed less frequently and recreation centers reduced their hours.