Even with MAP-21 funds, only modest construction growth is expected. 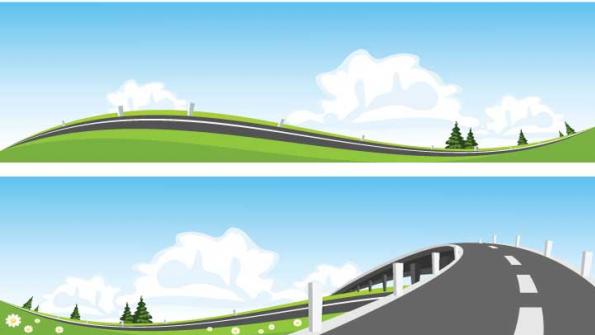 Growth is expected in the areas of highway and street pavements, airport terminal and runway work, railroads, and port and waterway construction. The bridge market, which has shown substantial growth over the last 10 years, is predicted to remain flat this year.

Growth in bridge activity for 2013

The pavements market will be sluggish in 2013, growing 2.8 percent to $58.4 billion. This includes $47.7 billion in public and private investment in highways, roads and streets.

With no new federal funding in the 2012 MAP-21 surface transportation law, still-recovering state and local tax collections and modest new housing starts, the pavements market will be uneven across the nation. Pavement work is anticipated to be down in 25 states. Growth above a 5 percent range is expected in 19 states. Major markets California and Texas will be down slightly from 2012, but will actually be returning to a normal baseline level because of several major project awards over the past several years.

At least two developments related to MAP-21 could lead to additional, short-term construction market activity in the sector and strengthen the market in 2013 and 2014. First, the law’s restructuring of the federal highway program offers state transportation departments more flexibility in their use of federal funds. This could result in slightly increased investment in highway, bridge and pavement work above the forecast in some states. Second, MAP-21’s expanded federal Transportation Infrastructure Finance & Innovation Act (TIFIA) loan program could also boost construction activity.

Also, while the economic costs of Hurricane Sandy are still being calculated, it’s fair to say that major reconstruction work along the East Coast in states affected by the storm will also be a market factor in 2013 across all modes. Additional federal, state and local emergency funds for rebuilding this infrastructure will be a boost as projects get underway.