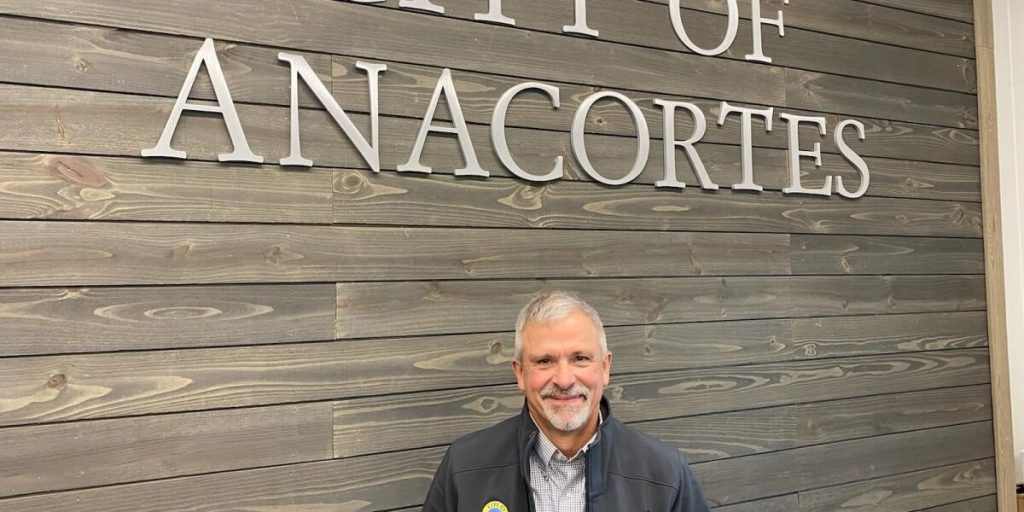 When Fred Buckenmeyer was asked by Laurie Gere, then-mayor of Anacortes, Wash., to wire the city for broadband, he didn’t know where to start.

Back then, “I didn’t even know if fiber optic was one word or two,” said Buckenmeyer, 65, who serves as the city’s director of public works. The mayor’s request came on the heels of another major city project that was in the works: improving the city water system’s aging radio-based telemetry system, which including 30 sewer pump stations, five water pumps and the Water Treatment Plant on the Skagit River.

The timing of the broadband request presented an opportunity: “If I could tie together all of this infrastructure with fiber optics, that would be great,” said Buckenmeyer, who has spent nearly four decades in service to the public, including 22 years at neighboring Mount Vernon, Wash.—departing as an engineering services manager—and 17 years at Anacortes. He announced his retirement last year, according to Anacortes Now. “We could use the excess fiber strands” installed for the water system “to be used for the internet project,” he noted.

But while there was opportunity, Buckenmeyer faced a seemingly insurmountable challenge: Anacortes is a rural region featuring rivers, hills and forested land.

They began the work “by putting fiber optics around town,” Buckenmeyer said. “But in the back of my mind, I was thinking, ‘gosh, our water plant is 20 miles away over near Mount Vernon.’”

Burying that many miles of fiber optic cable to connect the different pump stations to the water plant wasn’t a viable option.

Buckenmeyer’s innovative and first-in-North America-solution—running fiber optic cable through existing city water lines—is the reason why he has been chosen as this year’s merit-based American City & County 2021 Exemplary Public Servant of the Year Award winner. Nominees are selected annually based on their accomplishments and the impact those actions had on their communities.

After months considering the problem, Buckenmeyer discovered a possible answer: “Somebody told me about this company in England” that was installing fiber optics in water lines. “I finally got a hold of them—Craley Industries,” said Buckenmeyer. Craley Industries, which was founded in 2014, at that point several years ago had only installed fiber cables in smaller European water lines. “They flew over and sat at the table here and explained what they were doing. It was an instantaneous sell, the perfect application for what we were doing.”

But as a self-proclaimed “born skeptic,” Buckenmeyer flew to Spain to check out a system that had been installed there for himself. “I used all my own money to go over there—no public funds were spent on my trip to Spain,” he noted.

In that particular part of Spain, a farming region near Barcelona, there aren’t many roads. “So, what they do is they get internet through pipes.”

Installing them is simple and cost effective.

First, two small holes are tapped at either end of the pipe spans. A magnet is attached to one end and a foldable umbrella-like device with a string is threaded into the other, then opened.

“Water pushes it along until it hits the magnet,” Buckenmeyer said. Waterproof tubing is installed by pulling it through the pipe with the string before it’s sealed: “Now, you’ve got an empty conduit in the water line,” through which fiber optic cable—or any other type of line—can be run.

“When I went over to Spain, the largest pipe I saw this was in was about 8 inches,” Buckenmeyer said. “When we did it, we put it in 36 diameter (pipes)—we were, at that point, the largest pipe in the world this was done in. We worked closely with Craley and, with their help, modified some of their methods.”

These days, having launched in 2019, Anacortes’s broadband network is up and running. About half the region’s 8,000 potential household connections have been made. Many other North American communities interested in installing the hardware in their own regions have reached out to Buckenmeyer about the project.

By training his employees to install the tubing themselves in the city’s water lines, “It went from being impossible to being a two- or three-week job,” Buckenmeyer said, noting it cost about $1 million for that first 20-mile leg of the total $3 million project. “We’re extending the system now to the south of us, through water lines.”

The endeavor was exclusively funded with utility money.

Aside from the fiber optic project, Buckenmeyer, an avid cold-water scuba diver, woodworker and mountaineer, said of all the endeavors he’s embarked on over his career he’s most proud of building a new water plant for the city in 2013.

Around the same time, Buckenmeyer says he attended a climate change conference. He implemented the lessons he learned there in the water plant’s design—another example of his forward-looking approach.

“The first thing we did, we made it watertight construction, like a boat. Everything below the 100-year flood level is completely waterproof,” he said. “Just this year, we had a huge flood—it held up. Not a drop of water.”