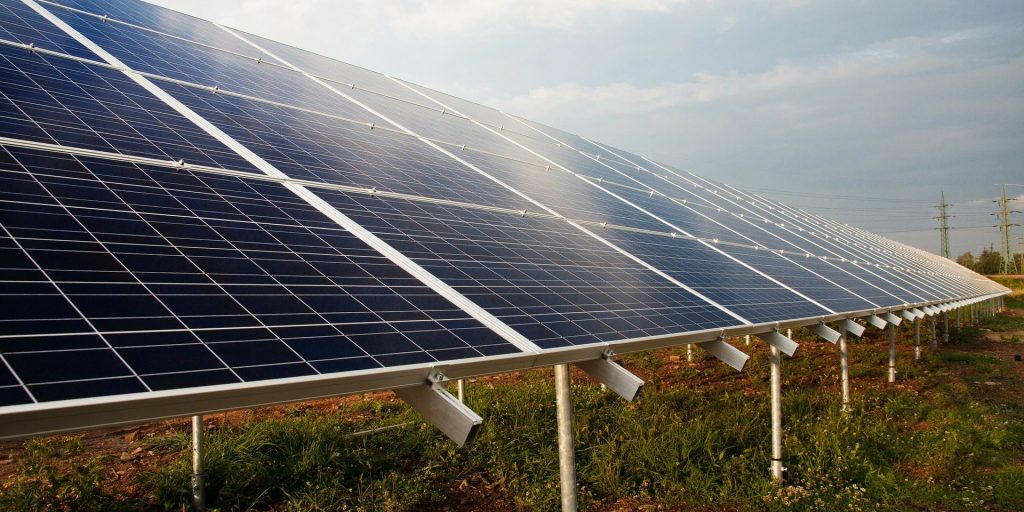 More than 10,000 closed landfills and an estimated 450,000 brownfields (parcels contaminated by hazardous waste) lie dormant across the United States. Free of vegetation and devoid of structures, installing solar farms atop brownfields, converting them into “brightfields,” can repurpose otherwise unusable space for the community’s benefit, according to a report from RMI, an energy nonprofit, titled “The Future of Landfills Is Bright: How State and Local Governments Can Leverage Landfill Solar to Bring Clean Energy and Jobs to Communities across America.”

“Landfills are attractive locations for local solar projects for two primary reasons,” notes the report. “First, most cities and counties own or operate landfills that are either actively managed or have been closed. Having site control puts the planning and procurement decisions directly in the hands of communities.”

Additionally, landfills can’t easily be repurposed. And while some have been converted into open space or golf courses, “most do not have any future planned use. Thus, installing solar on landfills avoids land-use conflicts with other economic, agricultural, housing, or recreational activities.”

The implications of installing solar panels on vacated brownfields are expansive. According to Matthew Popkin, a manager on RMI’s Urban Transformation team and the report’s co-author, the amount of untapped solar potential held by closed-down landfills represents roughly 63 gigawatts of energy capacity. That’s two-thirds of the nation’s current solar output, “Roughly enough electricity to power the state of South Carolina,” he said.

“When I look at a closed landfill, I don’t see an old trash site, I see an opportunity for creative land use,” Popkin said. “Using closed landfills to passively generate clean electricity may be their highest and best use. Communities can reinvent these sites with limited reuse potential to advance their clean energy futures—and the benefits don’t stop there.”

While most of the nation’s shuttered landfills are found in states like Texas (which has more than 2,000), the majority of utility scale brightfields are situated in New England—even though the northeast accounts for only 7 percent of all brownfields. Massachusetts, Connecticut, New York and New Jersey host nearly 75 percent of the nation’s more than 200 brownfield solar projects that are capable of producing 500 megawatts of electricity. Mass. Is host to 52 percent of all projects, in part because of its favorable policies, such as Massachusetts’ SMART program, which encourages landfill solar projects through incentives.

“They’re incentivizing non-greenfield sites,“ Popkin said. “These are states that have been clear with their policies and practices.”

Notably, local governments have been the primary hosts of landfill solar redevelopment, having installed 79 percent of those projects, and are often the driving force behind projects, especially in states that don’t have favorable policies in place, Popkin said.

As an example, Popkin highlighted a project in Houston’s Sunnyside community, where local leaders have “reimagined and are now redesigning what the closed landfill could become with solar and other community facilities. This includes up to 52 megawatts of both utility-scale and community solar, battery storage, and an Agricultural Hub and Training Center, all coupled with plans to hire locally and create local partnerships with the community,” the report outlines.

The 240-acre landfill, which was built in a primarily Black neighborhood in 1937, was closed in 1974 when deadly levels of lead were detected. It’s been closed ever since. Once finished, the new solar array will represent the largest such landfill installation and the second largest brownfield solar installation in the nation, according to a brief from RMI about the project.

“The Sunnyside landfill has weighed the neighborhood down, inhibiting the community from growth and opportunities” said Houston Mayor Sylvester Turner in a statement included in the brief. “It is our duty and responsibility to look at neighborhoods that have been historically underserved and find ways to lift up these communities. In Sunnyside, this means transforming a former landfill into a facility that will generate clean, renewable electricity to power homes, reduce emissions and create green jobs.”

As landfill solar becomes more common, states can encourage its growth legislative actions such as mandates that require utilities to source a percentage of their energy from brownfield sites, create explicit incentives for brightfield projects and by encouraging community solar projects on landfills. Local governments can promote solar development on landfills by planning ahead during closure plans and by conducting environmental assessments and site studies—which can be barriers that prevent developers from considering a space.

“No one is going to say this is ‘the solution’ to transform a neighborhood, but it’s definitely part of that,” he said.