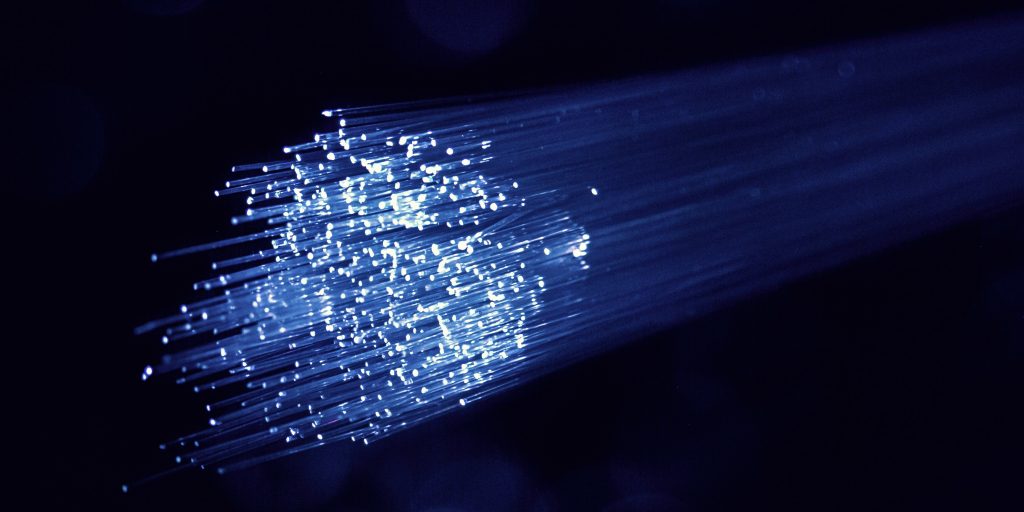 Making the technical personal: How fiber is changing communities

The passage of the Infrastructure Investment and Jobs Act provides communities around the nation a once-in-a-generation opportunity to leverage their share of the $42.5 billion allocated for broadband infrastructure. The pandemic shifted broadband from being used for entertainment to now being mission critical for work-from-home, online schooling, remote healthcare and numerous other applications and services. While we have scrambled to adjust to virtual applications and video conferencing, it is abundantly clear that the Internet has become the fabric of our lives. And now, there are billions of dollars in federal, state and local subsidies available to ensure that every American can be connected.

As funding pours in, it can become confusing for elected officials to decipher the claims by industry advocates and providers pitching their technologies, anxious to capitalize on this broadband infrastructure spending. One of the fastest growing groups at the Fiber Broadband Association (FBA) is the Elected Officials Roundtable. This group includes nearly 200 elected officials from 40 states across the nation. As these community leaders discuss key issues related to broadband availability, a common theme emerges on the confusion over the definition of “unserved” and “underserved” communities. For example, the FCC definition of “served” has evolved from 4 Megabits per second (Mbps) downstream/1 Mbps upstream to 10/1 to 25/3, and the U.S. Department of Treasury guidance for the $10 billion Coronavirus Capital Projects fund for broadband infrastructure calls for minimum speeds of 100/100 Mbps with a preference for fiber optics deployment. One official during our roundtable discussion said that members of his city council asked, “Why do we need fiber if we’re going to get 5G?” At the end of the day, fast broadband speeds are not the ultimate objective. The ultimate goal is to deliver jobs, economic development, community impact and to close the digital divide once and for all.

It is well known and firmly established that fiber optics provides future-proof broadband infrastructure for today and into the future. Some will argue that cable TV, Low Earth Orbit Satellite services, wireless or other technologies can meet the minimum speed requirements and can be deployed faster and at lower initial cost. The problem with these claims is that the government’s minimum speeds are outdated due to heavy lobbying, while internet applications and requirements are accelerating at an exponential pace. For example, Fiber-To-The-Home providers are now deploying more 10/10 Gigabit symmetrical networks than the previous 2.5 Gbps generation. The industry will be quickly moving to 25 Gbps and 50 Gbps networks, and communities that don’t invest in fiber will be quickly left behind.

While broadband speeds are important, there are numerous other considerations when building a community’s critical broadband infrastructure. Latency is quickly becoming the long pole in the tent as broadband speeds increase. Latency is the delay in the network that shows up on your PC or TV as slow response time or a spinning ball as you wait for a network response. Currently the FCC defines low latency as sub 100 milliseconds (ms). Again, this parameter is a compromise because of lobbying efforts. Today, fiber networks typically deliver well under 20 ms and are on a path toward sub 3 ms. To put this in perspective, if you put on a virtual reality headset and have more than 3 ms of latency, you will experience that car sickness feeling as your brain can detect the delay. As innovation continues to accelerate, communities need to build low latency networks to pave the way to mission critical applications such as autonomous vehicles.

Fiber is the only future-proof option that communities should consider for their critical broadband infrastructure. While technical specmanship is interesting, the conversation must now shift away from speeds and feeds and focus on what matters: the real-life impact on American communities. Take Chattanooga, Tenn., for example: a city long hailed for its early adoption of Gigabit technologies. The impact of that decision today shows how investing in fiber optic delivered 9,516 jobs and $2.69 billion in realized economic benefits. In addition, the community also leveraged this fiber infrastructure for smart grid modernization and saw a 43 percent reduction in power outage minutes on average and significant power consumption savings, according to a study by Dr. Bento Lobo, head of the Department of Finance and Economics at the University of Tennessee at Chattanooga.

As we move to our new post-pandemic normal, work-from-home, online schooling and remote healthcare will continue. We all have a once in a generation opportunity to improve our communities and the funding to build our critical broadband infrastructure the right way to ensure digital equity for all and provide a path forward for generations to come.

Gary Bolton serves as president and CEO of the Fiber Broadband Association—the largest trade association in the Americas dedicated to all-fiber-optic broadband. With more than three decades in the telecom industry, Bolton joined the Fiber Broadband Association as president and CEO in 2020 after serving on the association’s board as vice chairman, treasurer and vice chairs of public policy and marketing committees. He can be reached at [email protected].