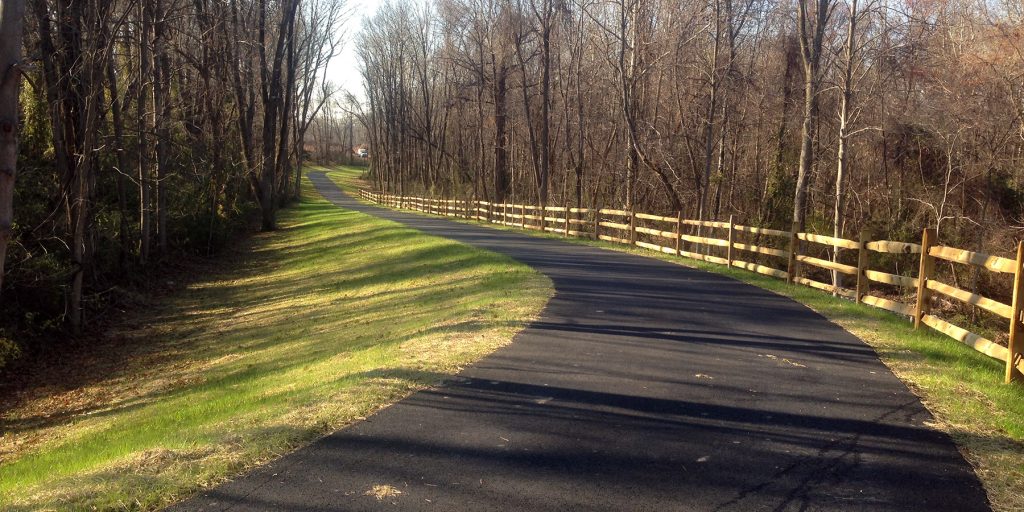 Without a doubt, trails, greenways and other parks infrastructure stimulate more construction and economic development. One example of the solid return on investment of trails and similar outdoor recreation assets: The Chuck Huckelberry Loop brings the great outdoors within reach of thousands of Tucson, Ariz. residents. It is a system of paved, shared-use paths and short stretches of buffered bike lanes connecting the Cañada del Oro, Rillito, Santa Cruz, and Pantano River Parks with the Julian Wash and Harrison Road Greenway.

Construction on the loop began in the 1980s as a flood control project along the Rillito River. Today, about 137 miles of paved, car-free pathways and bike lanes have been completed, with plans calling for additional trails to be constructed.

Besides healthy recreation for residents, The Loop has also yielded a lot of economic benefits. A 2013 economic impact study showed that The Loop provides a major return on investment for Pima County and Tucson residents. For every dollar in invested in The Loop, Pima County realizes $9.40 in economic benefit. This includes immediate returns such as jobs created and outdoor recreation spending by residents and visitors, as well as long-term benefits such as health-care cost savings. According to one estimate, Loop construction created 9.6 jobs for every $1 million in construction spending.

The Loop also has been instrumental in luring new business to the area. Sharon Bronson, chair of the Pima County Board of Supervisors, explains: “When Caterpillar was relocating their mining division here, The Loop was a big recruitment tool.” In fact, Caterpillar’s new office building is adjacent to The Loop, on the Santa Cruz River just west of downtown Tucson. Caterpillar will create more than 500 jobs at the new structure in its first five years.

“Similarly, Raytheon, the region’s largest private employer, urges their employees to use The Loop to commute to work,” Bronson says. Raytheon is located just south of the Julian Wash Greenway part of The Loop.

The Loop is a result of the Pima County Regional Flood Control District (RFCD) stabilizing the banks of the Rillito River and other rivers with a soil-cement mixture and building the shared-use path on top of the banks. A record-breaking monsoon season in 2021 demonstrated that the improved banks protected private property from flood waters from a 50-year storm event.

No question, spending on trails, parks infrastructure and operations helps keep the U.S. economy humming. The shared impact of capital spending and operations by U.S. local park and recreation agencies produced more than $166 billion in economic activity in 2017 (latest data available). The estimate is from the latest economic impact survey from the National Recreation and Park Association (NRPA), a non-profit that works to advance public parks, recreation and conservation.

The Fairfax County, Va. Park Authority and its contractor have been building the next segment of the Pohick Stream Valley Trail, with completion targeted for the end of 2021. For this new segment, crews are constructing about 2,200 linear feet of 8-foot-wide asphalt trail and a new bridge. The project will connect the existing trail network within Burke Station Park to Hillside Road near Old Keene Mill Road. This connection will provide increased access to recreational facilities and the Virginia Railway Express Rolling Road station. The new trail segment will serve both pedestrians and cyclists and create approximately two miles of fully accessible continuous stream valley trail from Burke Lake Road to Hillside Road for people of all abilities.

Trail projects such as the Pohick Stream Valley Trail expansion improve the pedestrian experience and give residents options to use alternative forms of transportation, says Victor Hoskins, president and CEO of the Fairfax County Economic Development Authority. He says residents benefit in several ways from projects like these: “I have been involved in creating bridges, walkways, fountains, skate rinks and public spaces, and they all enhanced the experience of the community. They become invaluable in how the community experiences the place and how it views itself.”

Hoskins says the recreational amenities are quite beneficial to the county and his community. “In many cases, these recreation-transportation projects become more important than the buildings themselves because they have such an impact on the pedestrian experience and how the community views itself. If they are not well done, you have a problem.”

Parks, recreation amenities and greenways are essential elements of a healthy and livable community, Lalla tells American City & County. She points to the numerous sustainable communities across the United States that are investing in additional public spaces, including bike paths, trails, and the conversion of rails to trails. “These spaces have now become a new version of ‘living rooms’ due to communities’ needs for open spaces that allow room to social-distance during the ongoing COVID-19 pandemic. Whether you live in a multi-family complex or a dense urban center, it has become crucial for many to have outdoor spaces as an outlet during these stressful times.”

Lalla says recreational and transportation infrastructure projects such as greenways have significant community-wide benefits. These include boosting tourism, attracting businesses, luring diverse demographics such as retirees, reducing taxes and stimulating sales of equipment. These kinds of projects simultaneously provide a socio-economic benefit by alleviating unemployment stressors. “Many cities are seeing a renewal of former industrial sites into green spaces, and these improvements catalyze infill development and the reuse of obsolete or under-utilized buildings and spaces. It’s been great to see landscape architects, planners, and community leaders evaluate these economic benefits from the lens of equity and sustainability,” Lalla explains.

The return on investment (ROI) of the infrastructure project can vary, depending on the unique features of the city, Lalla says. “Green infrastructure projects, such as those that transform brownfield concerns, reduce pollution run-off, and restore the previous ecological habitats typically bring higher ROIs. Projects that help retain and treat storm-water and mitigate flooding have seen an increase in the last 10-15 years, in part to add resiliency.”

Congress recently approved the “Infrastructure Investment and Jobs Act,” which offers more good news for trails and greenways development. The legislation authorizes close to 70 percent more federal dollars for the in-place Transportation Alternatives Program (which contains the Recreational Trails Program). Funding under the new legislation jumps from $850 million to an average of $1.44 billion per year. The just-approved legislation also green-lights the Connecting America’s Active Transportation System Act. Go to this Rails-to-Trails Conservancy analysis or this American City & County post for details.