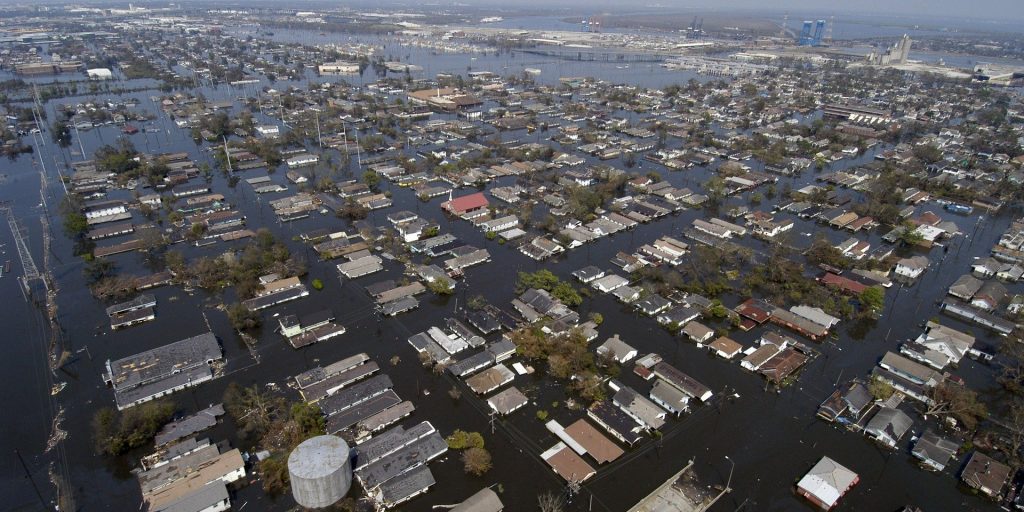 Addressing the impact of climate change requires a grassroots effort from all kinds of organizations, both public and private. And beyond large scale stormwater protection projects, a report issued by a collaboration of New Orleans-based nonprofits shows how smaller green infrastructure initiatives can help neighborhoods mitigate the effects of localized flooding.

The analysis, “The Benefits of Community-Driven Green Infrastructure,” found that “every dollar invested in green infrastructure projects in New Orleans produces six times higher returns in economic, social and environmental benefits, with the potential for tens of millions of dollars in additional local benefits annually,” according to the report, which was produced by a collective of Black-led community organizations including Water Wise Gulf South and Healthy Community Services. Green infrastructure manages water in a way that mimics the natural cycle.

Broadly, the city relies on levee and pump systems to mitigate river and lake flooding, pushing the water primarily into lake Pontchartrain, the report says. But as the city’s infrastructure gets older, it can’t effectively pump out all the water, leaving low-lying areas of the city—historically home to low-incoming people of color—exposed to the effects of climate change, the report says.

“This localized flooding—not captured in FEMA’s flood risk maps—is a persistent problem, but only the most extreme examples receive significant press coverage. The problem is widespread and getting worse: tickets resulting from calls to 311 (NOLA’s non-emergency helpline) for street flooding and drainage-related services between Lake Pontchartrain and the Mississippi River increased by 46 percent between 2012 and 2018,” the report continues.

Over time, the cost of these frequent localized flood events adds up, rivaling larger and less-frequent city-wide floods, according to an explainer released along with the report. For homeowners and renters, this price tag comes from property damage, cleanup costs, lost wages and increased commuting time, among other things. Community wide, frequent flooding decreases real estate value, dampens the economy and poses health risks due to contaminants in the water.

In Tremé and the Upper 9th Ward, the communities have installed such green features at private residences, small businesses and churches, community centers and in vacant lots. As of the report’s release, constituents had planted about 500 trees and completed more than 150 small infrastructure projects, adding “over 50,000 gallons of stormwater retention capacity” to the New Orleans neighborhoods. Additional green infrastructure projects referenced in the report, if built, “could store approximately 6.5 million gallons of water and increase green space by 45 acres, costing $32 million for installation and $1.5 million in annual maintenance.”

While a simple solution, the report notes that planting trees can go a long way in increasing an urban community’s environmental resiliency. Trees absorb water into their roots, hold water in their canopies and shield impervious surfaces from rainfall. They are “one of the most effective (green infrastructure) solutions at reducing local flooding,” the report finds.

The analysis notably estimates, “the stormwater storage capacity of trees planted as planned by the economic report amounts to an additional 1 million gallons of water storage each year—contributing to savings from reduced flooding damage.”

These green infrastructure solutions have been adapted in the communities out of necessity. Compounding the environmental challenges, Jeff Supak, co-founder of Water Wise Gulf, noted in the statement there isn’t enough governmental investment in infrastructure that protects Black neighborhoods from stormwater. This forces communities like those in New Orleans to solve the problem on their own. Residents of the 7th Ward, Upper 9th Ward and Treme, the statement says, face “a history of racially discriminatory policies and disparities in public investments in these neighborhoods … which are still visible today” along the I-10 corridor.

“If the government doesn’t invest in the infrastructure that Black communities need to safely manage stormwater levels, then those communities are forced to solve their neighborhoods’ flooding problems themselves,” Supak said. “As congress debates one of the biggest infrastructure bills in modern history, our green infrastructure projects in NOLA—and the associated economic benefits of creating resilient climate infrastructure—can serve as a playbook for government officials to help scale projects like ours nationwide. It’s the only economically viable path forward.”

According to the statement, the report centers Black and minority voices squarely in the conversation surrounding climate solutions, “demonstrating how initiatives developed by communities on the front lines of climate change can be the most effective.”

In New Orleans, Black neighborhoods have historically and continue to experience extreme urban flooding, “as was seen when Hurricane Katrina caused the most extensive damage to (New Orlean’s) Black neighborhoods and recently when Hurricane Ida battered the Gulf Coast, causing severe flooding and leaving communities of color without power for weeks. This makes them intimately familiar with the structural problems that need resolving to prevent damages from climate disasters,” the report says.