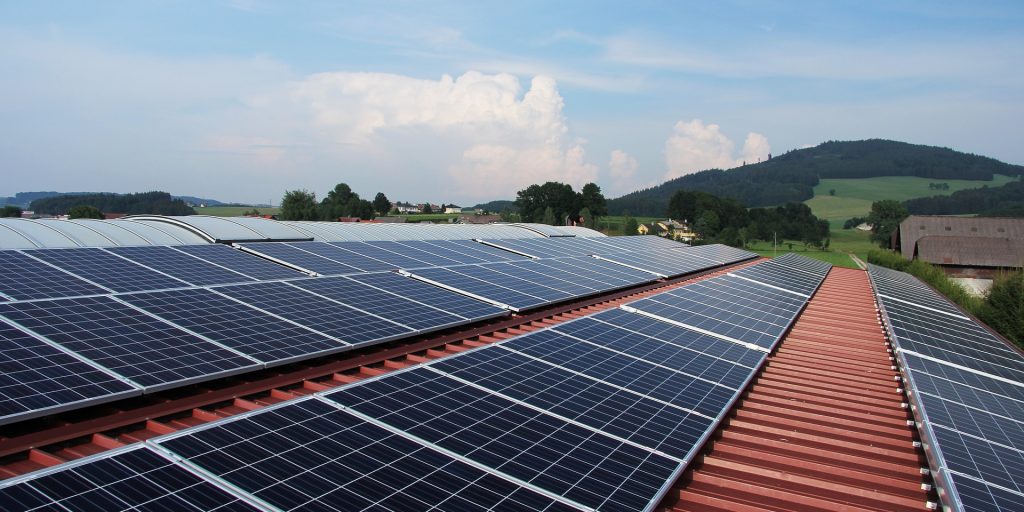 Federal report shows rapid expansion of solar, projects all homes could be sun-powered by 2035

By 2035, solar energy could power 40 percent of America’s electrical grid and nearly half by 2050. This advancement would deeply decarbonize the nation’s grid and create more than a million jobs “without raising electricity prices,” based on a report released this month by the Department of Energy.

To that end, findings outlined in the department’s “Solar Futures Study” call for “massive and equitable deployment of clean energy sources, underscoring the Biden Administration’s efforts to tackle the climate crisis and rapidly increase access to renewable power throughout the country,” according to a statement issued in conjunction with the report.

“The study illuminates the fact that solar, our cheapest and fastest-growing source of clean energy, could produce enough electricity to power all of the homes in the U.S. by 2035 and employ as many as 1.5 million people in the process,” said Secretary of Energy Jennifer M. Granholm in the statement. “Achieving this bright future requires a massive and equitable deployment of renewable energy and strong decarbonization polices.”

The data reflects the continuation of a trend toward clean energy that has especially ramped up over the last several years.

Last year, the United States installed 15 gigawatts of solar—the largest recorded yearly increase—to 76 gigawatts total, which represents 3 percent of the nation’s electricity supply. In order to reach the 40 percent mark, the study (prepared by energy department’s National Renewable Energy Laboratory) outlines how the United States would need to “quadruple its yearly solar capacity additions and provide 1,000 gigawatts of power to a renewable-dominant grid” by 2035, the statement says.

By 2050, solar could power all residential and commercial buildings in the country today.

Increasingly, public and private organizations alike are turning to solar as a long-term energy solution for both small-scale and commercial projects. In Indiana, for example, Wabash Valley Power Alliance recently completed a commercial-scale project—called the Prairie State solar array—that’s expected to generate around 230,000 megawatt-hours per year. It’s projected to mitigate an amount of emissions equivalent to that released by 17,100 gas-powered cars.

“Our evolving energy portfolio, which will increasingly feature more renewable energy sources, will responsibly phase out greenhouse gases, ensuring we’re able to deliver consistent and affordable energy for our local communities while benefitting the environment,” said Jay Bartlett, the power alliance’s CEO in a statement. “This project is another milestone.”

The push toward solar is being driven by several factors like changing public sentiment, new policies and decreasing costs. In the last 10 years, “the cost of solar photovoltaic arrays has fallen rapidly,” according to an analysis from the Massachusetts Institute of Technology. And while the overall value of arrays also decreased in that time, the market, health and climate benefits have outpaced any reasons not to invest in solar.

As the trend ramps up, the Department of Energy’s study sets out a blueprint that local and county leaders can look to as an overarching guide. To that end, achieving decarbonization of the grid will require strong polices “coupled with a massive deployment of renewable energy sources, large-scale electrification and grid modernization,” the statement says.

Specifically, the U.S. needs to install about 30 gigawatts of solar capacity each year through 2025, and an average of 60 gigawatts per year from then until 2030. The study works off the assumption that a carbon-free grid would also be supplied by wind energy (36 percent), nuclear (11 to 13 percent), hydroelectricity (5 to 6 percent) and biopower/geothermal (1 percent): “Wind and solar combined will provide 75 percent of electricity by 2035 and 90 percent by 2050, transforming the electricity system,” the analysis says.

Technological advancements in related equipment like energy storage, inverters and transmitters will also be necessary. Notably, projected consumers costs for electricity isn’t expected to rise by 2035 because of savings from these advancements and improvements.

At all levels of government, policies that are supportive of decarbonization and green technologies will be needed to make solar even more cost effective.

“Without some combination of limits on carbon emissions and mechanisms to incentivize clean energy, the U.S. cannot fully decarbonize the grid—models show that grid emissions fall only 60 percent without policy. Continued technological advances that lower the cost of solar energy are also necessary to enable widespread solar deployment,” the study notes.