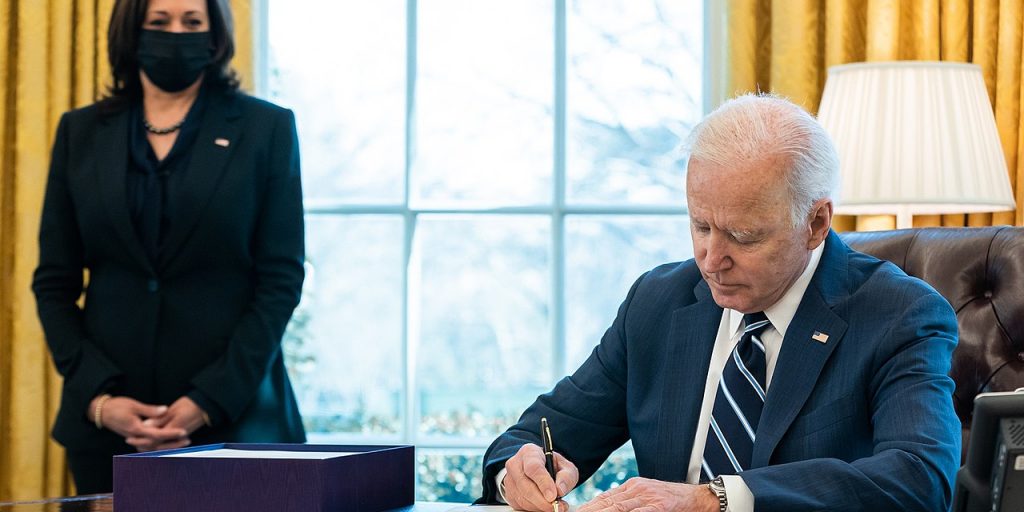 Six months ago, the nation was emerging from a difficult winter. While tens of thousands of businesses were preparing to reopen in the summer—many for the first time since the coronavirus had forced them to close the previous spring—hundreds of thousands of families were grieving a loved one lost to the pandemic. Economically, the outlook was grim: U.S. GDP fell 2 percent for the year in 2020’s fourth quarter; unemployment averaged 6.7 percent; employment growth averaged 213,000 jobs a month.

It was against this backdrop that President Joe Biden signed into law the American Rescue Plan on March 11, a sweeping $1.9 trillion economic stimulus package intended to jump start the economy and help America recover from COVID-19’s crushing effects.

The focus of the legislation, which afforded cities and counties broad spending flexibility, was threefold: “aid for households and families, lifelines for struggling businesses, and support for cash-strapped state and local governments—all undertaken alongside a historic vaccination effort to bring down cases and allow in person economic activity to resume,” according to a recent Treasury report on the action’s progress and impact.

A statement issued by the National Association of Counties (NACo) about the report notes the Treasury was authorized to expend a little more than half the spending package in direct support of state, local and Tribal governments, and for households and businesses.

Since Biden signed the recovery initiative into law, the Treasury Department has distributed about $700 billion of the more than $1 trillion it was given oversight for. The Coronavirus State and Local Fiscal Recovery Fund accounted for $350 billion and has “provided $65.1 billion in direct aid to counties of all sizes” so far, according to the NACo.

An estimated $450 billion from the rescue plan has been given directly to families for food, childcare and other necessities; $240 billion has been distributed to support state, territorial, local and Tribal governments (99 percent of Tribal funds have already been deployed, including allotments for vaccination efforts). Notably, recipients haven’t been required to spend the money in any particular way.

“During the Great Recession, state and local governments made deep budget cuts to make ends meet—eliminating services on which Americans depended and dragging down the overall economic recovery. Similarly, lost Tribal government revenue hindered the delivery of services and employment within Tribal and non-Tribal communities, particularly in rural areas,” the report says. In contrast to the government’s response back then, the American Rescue Plan’s flexibility and wide scope has helped governments “avoid painful budget cuts, limit layoffs, more quickly rehire vital public workers, and lay the foundation for longterm investments in their communities.”

Regions have invested the funds in everything from public health initiatives to affordable housing, infrastructure upgrades and broadband projects. Harris County, Texas, for example, provided $100 incentives for people to receive their first dose of the coronavirus vaccine—increasing vaccination rates among young people and members of the Black and Latinx communities, in particular. Elsewhere, “Washington, D.C. is planning to use $350 million in American Rescue Plan funds to make historic investments in the production and preservation of affordable housing, addressing the needs which are both urgent and longstanding,” the report says. “And Kentucky plans to devote $250 million to water and sewer infrastructure projects which will deliver safe and reliable water to people across the state while also creating more than 3,800 direct and indirect jobs.”

At least tangentially, this monetary injection has helped create more than 3 million jobs nationwide, including about 765,000 over the last three months. Driving recovery, according to the report, is “a historic public health response: over 179 million Americans are now fully vaccinated.”