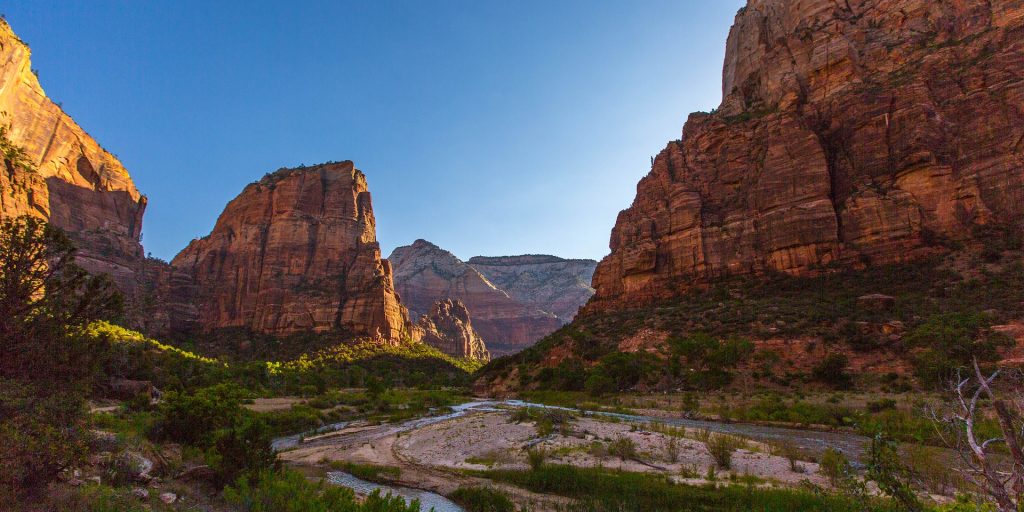 From California’s redwoods, to the breathtaking Teton Range in Wyoming, the quaint charm of Maine’s Acadia National Park and Alaska’s whitewashed snowscape at the foot of Mount McKinley, public land is America’s crowning jewel—symbolizing the more abstract ideology of freedom claimed by the nation’s residents.

Tied into the sweeping $1.2 trillion bipartisan infrastructure plan that was recently approved by the Senate is reauthorization for a program started in 2000 that alleviates at least some of that fiscal pressure—the Secure Rural Schools and Self-Determination Program (SRS).

“This is a key win for western counties,” said Joel Bousman, commissioner for Sublette County, Wyo., and chair of National Association of Counties’ (NACo) public lands steering committee. Created in 2000, the program is intended “to assist counties facing dramatic decreases in receipts from the lack of timber harvest on national forests.”

If approved in the House and signed into law by President Joe Biden, the infrastructure bill would extend the program through fiscal year 2023. It would also increase payments to counties by $60 million annually over last year’s rate. The reauthorization is notable because county leaders have been pushing for its passage for some time. It expired in September of last year and the last payments under the current authorization were distributed in April, according to a statement from Colorado U.S. Senator Michael Bennet, who authored the legislation.

Along with making available funding for rural school districts, “Over 700 counties nationwide depend on SRS for critical services such as infrastructure, conservation projects, search and rescue operations and law enforcement,” Bouseman said. “These services benefit both residents and visitors to our public lands—including my own.”

According to a statement from Washington Congresswoman Cathy McMorris Rodgers, the legislation “includes important reforms to better support our counties and provide the additional flexibility needed to invest in rural broadband for our schools.”

Bouseman said Sublette County uses the funding allotments to contract with a helicopter rescue that assists hikers in need of help in the Bridger-Teton National Forest.

“That’s right on the continental divide, with numerous peaks and lots of mountain climbers,” Bouseman said. “We have saved numerous lives in our county by having this service available—most of them nonresidents, here as tourists.”

Exactly why the funding program is necessary requires historical context.

With the establishment of the U.S. Forest Service in 1905, 56 million acres of wild land was set aside for preservation, according to Bouseman. Five years later, that acreage tripled, and around that time “Congress passed legislation to specify that 25 percent of revenues from timber harvests on federal lands would be shared with affected counties. These funds went to public schools, roads, and other municipal needs,” according to the statement from McMorris Rodgers.

Over time, due to “an array of federal policies and eco pressures,” timber production on federal land drastically decreased, devastating the tax base of rural counties and prompting legislators to create the Secure Rural Schools Program. Today, the National Forest System encompasses approximately 196 million acres—mostly in the west. And for the last two decades or so, it’s been a sustainable funding stream.

But circumstances have changed in some areas and the SRS program isn’t as beneficial as it used to be. So, beyond extending the program and increasing its funding, the bipartisan infrastructure legislation would for the first time since 2013 give counties the option to receive either funding through the federal initiative or from timber if it’s more of a payout.

“Some counties have found they would receive more money from timber harvests than SRS (payments),” Bouseman said, noting the initiative would also create a new advisory program.

When taken as a whole, Mark Ritacco, director of government affairs at NACo, described the bipartisan bill as “landmark legislation that will provide much needed investment in our nation’s roads, bridges, water infrastructure, broadband, and so many other provisions that touch county residents and county governments.”

Liz Hausemann, commissioner of Fulton County, Ga., noted that counties manage 38 percent of all bridges and 44 percent of roadways—more than any other government entity. And according to an overview of the legislation by NACo, “counties directly support 78 percent of public transit systems and 34 percent of airports that keep our residents connected in every corner of the country.” Further, counties annually invest an estimated $134 billion to build new infrastructure and maintain existing public works.

“Counties own and operate a vast amount of the nation’s transportation infrastructure,” she said. For county leaders considering ways to fund projects in their regions, the implications of the bill’s investments is profound.

Regardless of the size or population, Larry Johnson, commissioner of DeKalb County, Ga., and president of NACo, stressed that “We’re all united, and we want to see this infrastructure bill passed,” he said. “I want folks to look at this as not just a bill—this is about people; it’s about farmers who want to get their products into county stores; it’s about folks who don’t have a car but want to use a bus or the rail transit system; it’s about our millennials and boomers who want to have access to broadband; it’s about freshwater; it’s about low income housing and and workforce housing. These are people that we serve in our counties.”