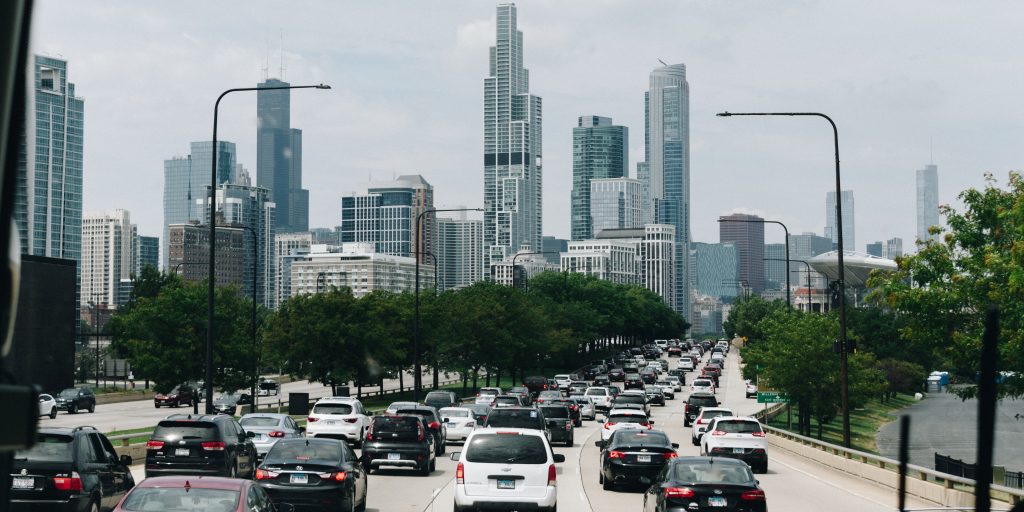 Jurisdictions must do more to curb rising traffic fatalities

An eerie silence replacing the roar of passing traffic. Vacated streets and empty parking lots. These may be among the lasting impressions of the Coronavirus-related lockdowns. But while Americans traveled 13 percent fewer miles by car in 2020, a recent report by the National Safety Council (NSC) indicates that more than 42,000 people died in motor vehicle crashes across the United States last year—a shocking 8 percent increase over 2019.

To make matters worse, that 8 percent increase is really a 24 percent jump on a per-mile-traveled basis, making it the highest year-over-year rise in nearly 100 years, according to the NSC. By comparison, Germany, a country known for its love of cars and excessive highway speeds, saw traffic volumes drop 11 percent in 2020 with traffic fatalities falling a comparative amount of 12 percent.

These statistics raise an obvious question: how could traffic-related fatalities throughout the U.S. climb by a record-setting percentage when the country was shut down for much of 2020, Zoom classes replaced in-person schooling and employees worked largely from home?

While some of the blame can be placed on distracted driving and speeding, another often overlooked culprit—older, industry/DOT/DPW guidelines that lock in higher speed street designs—bears responsibility.

U.S. street design originates for the most part with the Green Book, a street design manual used for decades by the federal government, all 50 states and countless municipalities. Generally, the Green Book requires lanes to be wider (12 feet) than needed to handle vehicle width (typically 6 feet). Similarly, fire codes in most American cities mandate overly wide streets and 20 feet of unobstructed path for all new or significantly improved streets.

These wider-than-necessary lanes encourage vehicles to drive faster than posted speed limits and are at least partially to blame for the increase in traffic accidents. So too is the Manual on Uniform Traffic Control Devices (MUTCD), which governs traffic signalization and speed limits. The MUTCD recommends setting speed limits that match the 85th percentile of actual free-flowing traffic, rounded up to the nearest 5 mph. This calculation, in effect, justifies raising speed limits on streets where drivers routinely break the law by speeding. The time has likely come to change that metric. Organizations worldwide agree that a universal speed limit that is safer for all might be part of the solution.

In response, some U.S. cities have begun to take a hard look at these accepted norms. Several municipalities, for example, are examining the validity of the 85th percentile rule and setting speed limits at 20 or 25 mph. Others are challenging the fire codes and whether the 20-foot requirement is really necessary.

While such changes will help, it ultimately will be imperative for jurisdictions to adopt techniques deployed by designers of slower Complete Streets, which incorporate features such as narrower lanes, curb extensions and chicanes to reduce vehicle speeds.

Simply installing permanent and temporary speed humps, for example, can lower traffic volumes by 12-20 percent and reduce speeds by as much as 20 percent. Similarly, raised crosswalks can result in as much as a 45 percent decrease in pedestrian crashes. Even more effective in reducing speeds are dynamic speed limit signs that display each passing driver’s actual speed plus a dynamic message (such as “slow down”).

Perhaps the bigger issue is whether we need road diets. There are certainly plenty of roads for drivers to use. Might it be better to reduce the number of thru lanes and, instead, develop center turn lanes, wider sidewalks and places for bicycles? Instead of a four-lane highway, would a jurisdiction be better off narrowing the four lanes to two automobile lanes plus a bicycle lane, sidewalk and parking lane?

Since 2012, dozens of U.S. cities—including New York, Los Angeles, and Chicago—have made pledges to follow the global Vision Zero campaign, a strategy to eliminate all traffic fatalities and severe injuries while increasing safe, healthy, equitable mobility for all. First implemented in Sweden in the 1990s, Vision Zero has proven highly successful across Europe. To date, though, cities throughout the United States have been unable or unwilling to update their laws and regulations to prioritize road safety. Will traffic move slower with Vision Zero? Yes. Will more congestion occur with Vision Zero? Yes. Will slower traffic create a bit more pollution? Yes. Will more lives be saved with Vision Zero? Yes, a resounding YES!

As a country, we can dramatically reduce road fatalities if we make the necessary changes. It does not take a lot of work for a municipality to undertake a detailed study of its roads, signs, markings and speeds. A traffic engineering study with recommendations for changes in safety can occur in relatively short order. Even better, the Federal Highway Administration makes funding available to underwrite the study, implementation and recommended changes.

Similarly, the proposed Federal Infrastructure Plan contains measures designed to help in making our roads safer. Unfortunately, less than a quarter of the infrastructure package is earmarked for bridges, roads, public transit, ports and airports.

One thing is certain: the intersection of roads and safety needs to change. We can only hope that changes in those long-standing laws, guidelines and regulations that govern U.S. street designs and new traffic calming measures will open the door for a smart Vision Zero plan to be put into place in jurisdictions throughout the country. Doing so not only will drastically reduce traffic fatalities, but also usher in a safer quality of life in communities nationwide.

Wes Guckert, PTP is president and CEO of The Traffic Group, a leading service-disabled veteran-owned small business traffic engineering and transportation planning firm serving clients nationally and internationally. He is also a fellow of ITE and on the National Small Business Leadership Council. For more information, visit www.trafficgroup.com.