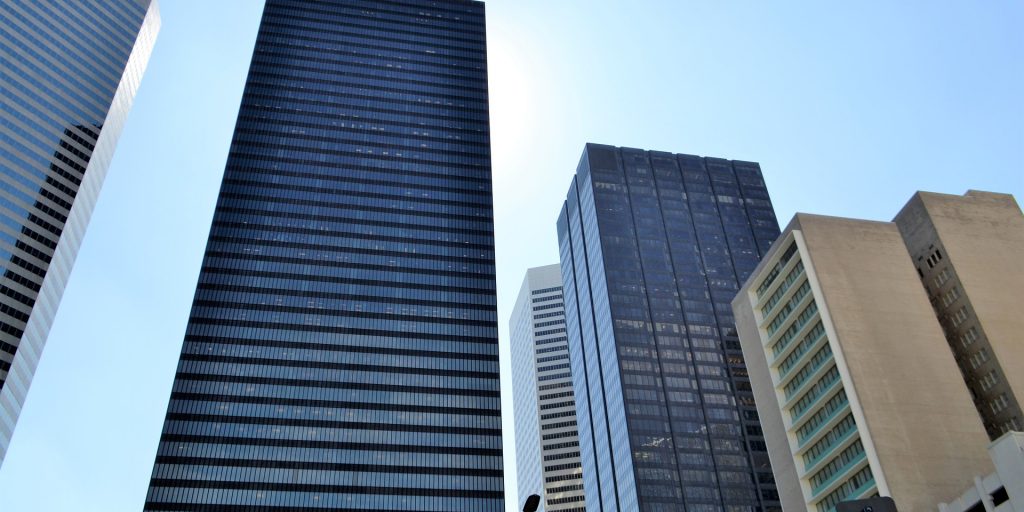 Even before the COVID-19 pandemic emptied out cities and counties from Maine to California, America’s office environment was being redefined as employers increasingly offered telework opportunities.

With the rise of the tech industry, in-person work requirements have become somewhat obsolete (in some sectors). These days, employees can punch into the same digital time clocks from different time zones; meetings can be held via video conferencing platforms; and cross-platform collaboration offers more immediacy than working in adjacent cubicles.

It’s a trend that was solidified by the pandemic. When hospitals filled up and stay-at-home orders were issued, office spaces were hurriedly vacated—many for good.

Between the end of 2019 and 2021, office vacancy rates across all sectors and regions jumped from 9 to 16.4 percent, based on data published by Statista Research Department. Fundamentally, the pandemic “has changed the way that companies operate,” Statista’s report says. “Working from home has become the new normal for many employees in the United States.”

And it’s expected to stay the norm: Research from Upwork projects that more than 20 percent of the American workforce will be working online through 2025. And an analysis from McKinsey Global Institute estimates that “More than 20 percent of the workforce could work remotely three to five days a week as effectively as they could if working from an office. If remote work took hold at that level, that would mean three to four times as many people working from home than before the pandemic.”

But even before COVID-19 and technology changed everything, workplaces were shrinking. From 1990 to 2000, the median office square footage per worker shrunk from 510 to around 410, according to data from 10 large U.S. metropolitan areas analyzed by the Brookings Institute.

Given this long-term trend, which has been greatly accelerated by the pandemic, it’s safe to conclude that office environments don’t appear to be expanding anytime soon. Especially in buildings that are obsolete, the current commercial vacancy rate might hold steady for the foreseeable future.

And that could pose a problem for cities and counties.

“This all comes with serious fiscal implications for local governments,” the Brookings Institute report says. “For example, a recent study of the effective property tax rates levied by the largest cities in each state and Washington, D.C., found that, on average, commercial properties are taxed at 1.64 times the rate of homesteads (i.e., predominantly owner-occupied condos or co-ops).”

“It will all but certainly shorten commutes, and/or increase the viability of transit, walking and bicycling,” the Brookings Institute’s report says. “The conversion of obsolete offices in prime locations, especially downtowns, to for-sale or multifamily rental housing will also increase downtown vibrancy and grow communities of opportunity. Strong housing demand in these locations means the financial and fiscal gap between offices and housing are the narrowest and most feasible to close (such as through federal tax credits).”

Legislation introduced at the end of last month could be a signal that the federal government wants to move metropolitan areas in that direction. The Revitalizing Downtowns Act, submitted July 28 by U.S. Senators Debbie Stabenow (D-Mich.) and Gary Peters (D-Mich.) with U.S. Representatives Jimmy Gomez (D-Calif.), Dan Kildee (D-Mich.) and John Larson (D-Conn.), proposes the establishment of a new federal tax credit to support the conversion of obsolete and excess office spaces into residential or mixed-use properties.

“As our workplaces change because of the COVID-19 crisis, we will see more unused buildings in our downtowns. Converting these buildings to residential and mixed-use properties will benefit families and our cities,” Sen. Stabenow said in a statement. “Our bill will help with this transition, support the economic growth of our cities, help small businesses and provide people affordable places to live.”

Modeled after the Historic Tax Credit, a program that subsidizes the rehabilitation of historic buildings, “the Revitalizing Downtowns Act would provide a credit equal to 20 percent of the Qualified Conversion Expenses in converting obsolete office buildings into residential, institutional, hotel or mixed-use properties.”

Notably, an obsolete office structure is defined as a building that is at least 25 years old. The bill would require 20 percent of the units in a residential conversion to be dedicated to affordable housing.

“The Revitalizing Downtowns Act is the key to replacing vacancy with vibrancy, bringing life back to the metropolitan centers that serve as cultural hubs and help fuel the American economy,” said Anthony Williams, former mayor of Washington, D.C. and the CEO and executive director of the Federal City Council. Williams is also a member of the Revitalize Our Cities Coalition, which was established by a group of 37 national and regional economic development organizations in support of the legislation.