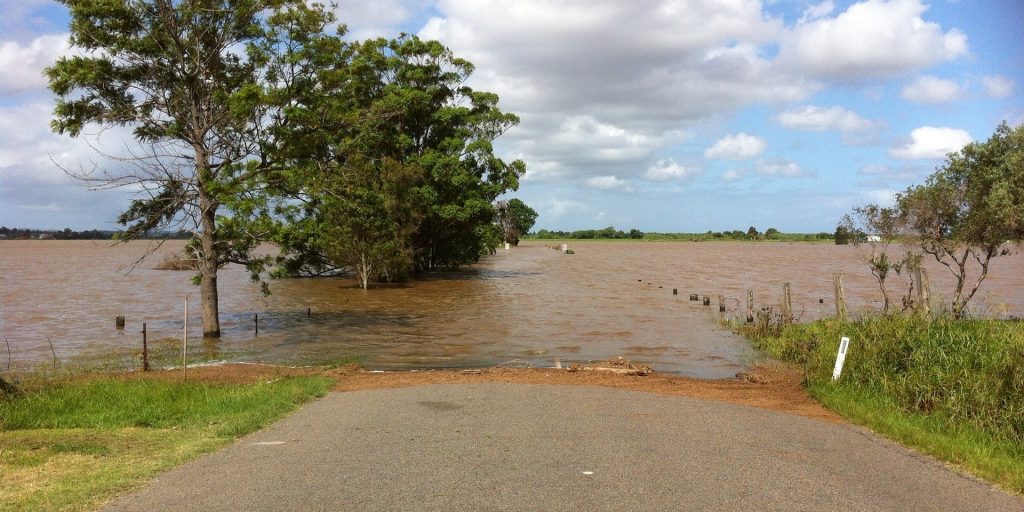 With more precipitation than ever, cities face an uphill battle in hardening infrastructure

Driven by the release of carbon into the atmosphere, the average surface temperature on planet Earth has increased by 1 degree Fahrenheit over the last century. At first glance, it’s a minute change; but against the backdrop of increasingly dangerous storms, severe droughts and torrential rainfall, that one degree of change is loaded with implications—especially for municipal leaders.

On any given day, a brief perusal through meteorological forecast websites reveals a steady drumbeat of dire news: uncontrollable wildfires in the west; record-breaking hurricanes along the southern coastline; and—as exemplified this past week in Europe—catastrophic flooding.

For cities and counties, flooding poses a tremendous risk to life safety, to financials and other things. Hurricane Katrina, for example, perhaps the most infamous flooding disaster in recent American history, killed more than 1,800 people and inflicted $125 billion in damages in 2005.

The potential risks are causing communities across the United States to pivot quickly toward green infrastructure initiatives adapted for a changing environment.

In Ramsey County, Minn., the Capitol Region Watershed District, which covers 40 square miles (about the area of Manhattan) including Saint Paul, implemented green infrastructure practices beginning about five years ago to address localized flooding. According to the Department of Environmental Protection, those practices include rain gardens, underground infiltration trenches, an underground storage and infiltration system and a regional stormwater pond.

Elsewhere, in Dyersburg, Tenn., following several historic floods, the Tennessee Department of Environment and Conservation is currently working with local leaders on an infrastructure resilience pilot project to harden its sewer system against future flooding.

“Streambanks that may be eroding would threaten the integrity of our sewers. We have highly erodible soil and a lot of agricultural land, both of which lend themselves to streambank loss,” said Mayor John Holden in a July 7 transcript interview with PEW Research. “We mapped and modeled streams, identifying those deemed to be in marginal or poor quality. That was overlaid with maps of sewer lines that are in poor or extremely poor condition.”

In the last 20 years, Dyersburg says the region has seen three of its four worst flood events ever. To prepare for the future, the county is trying to identify streams that could be candidates for a pilot green infrastructure bank stabilization project, according to PEW Research.

Among the challenges Dyersburg has faced, Holden highlighted funding as one that’s particularly difficult to overcome. It’s undoubtedly a problem that communities across the United States are facing in the pursuit of a more sustainable future.

A region in New York could have a funding solution for other counties to model.

Last month, the Buffalo Sewer Authority closed on a $54 million Environmental Impact Bond (EIB)—the country’s largest to date—to finance green infrastructure and stormwater mitigation projects. The sewer authority will use the bond proceeds to build green infrastructure to capture stormwater and reduce combined sewer overflow, according to a statement.

“Thus far, along with being the largest EIB in the country, it is also the largest investment any Great Lakes city has made in green stormwater infrastructure, which has proven to be an effective climate resilience measure,” said Buffalo Mayor Byron W. Brown, noting, “The investment also will lead to approximately 700 family-sustaining jobs in our community.”

Through the initiative, Buffalo Sewer intends to install green stormwater infrastructure along about 200-acres of impervious surface area, focusing particularly on six overflow basins that serve nearly half of the Buffalo region’s residents. The infrastructure will include rain gardens, trees and permeable pavement designed to capture and divert stormwater, preventing it from entering the sewer system at peak times.

“Green infrastructure provides benefits beyond its ability to manage stormwater, from community beautification and public green space, to workforce development, to public health,” said Oluwole “O.J.” McFoy, general manager of the Buffalo Sewer Authority. The initiative is a way the region can be “data-driven, equitable, forward-thinking and transparent in how we address stormwater and community resilience.”

Notably, the EIB incentivizes exceptional performance by including an option to refinance or retire the bond in year seven or later should the sewer authority meet or exceed threshold requirements, the statement says. And if Buffalo Sewer does not meet the threshold by 2028, it may still call the EIB but at a higher price through 2031.

Incentivization is a feature that Eric Letsinger, CEO of Quantified Ventures—which provided underwriting along with Morgan Stanley to ensure the issuance met the standards of Environmental Impact Bonds—says other regions should take note of.

“In real time, the Buffalo Sewer Authority is writing the playbook for other cities to follow in financing and implementing nature-based solutions that effectively manage stormwater to further equity and the local economy,” Letsinger said. “By committing to the highest levels of transparency and accountability in issuing this Environmental Impact Bond, Buffalo Sewer engineered this novel outcomes-based call feature to incentivize all parties to significantly accelerate the production of green infrastructure in Buffalo.”