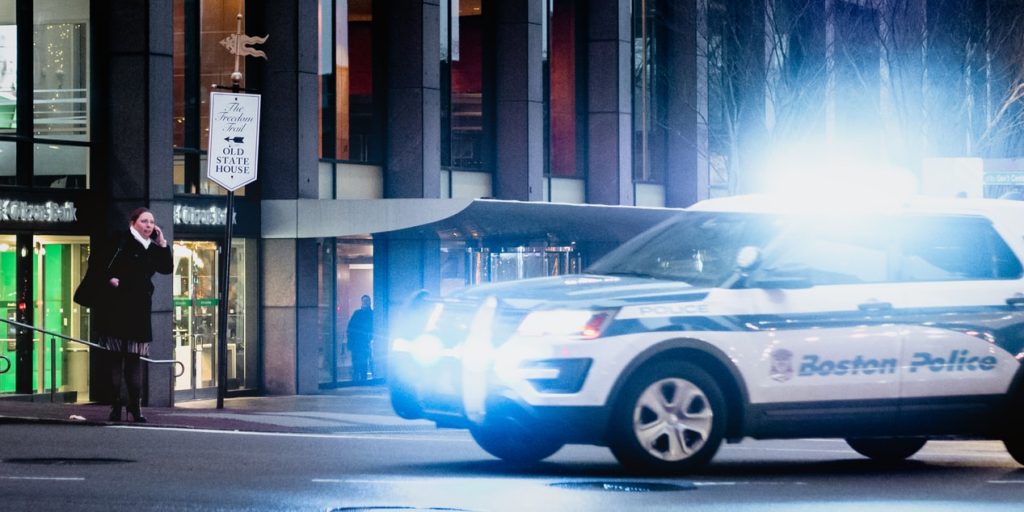 2021 is when AI in public safety gets real

A perfect example of how “assistive” artificial intelligence–AI that aids first responders by highlighting information in real time–can make the public safer is a major traffic incident on the highway. Picture a scenario in which multiple vehicles have crashed, including a truck. This event can trigger dozens of calls from victims and passersby almost instantly, overwhelming 9-1-1 center staff.

As personnel input data, assistive AI might recognize one keyword that slips by the 9-1-1 center staff inputting the overwhelming flood of information–the truck involved in the crash is a “tanker,” which might necessitate a HAZMAT unit. That would change the type of resources dispatched, the way first responders arrive on the scene and their procedures once there.

Other keywords possibly lost in the chaos of the moment could similarly have enormous benefits if detected by assistive AI: a mention of a power line down could lead to an automated request for the utilities department, saving hours in getting power restored to affected areas. Even data gleaned from 9-1-1 calls about where the accident is on the highway could potentially save lives. Dispatchers can relay that highlighted information to the first responders, so they reduce response time and arrive on the scene quicker.

Over the last few years, AI in public safety has raised concerns due to opaque processes, questions of bias, and unfounded claims regarding its “predictive” powers to stop crime before it even occurs. Moreover, fully delegating the most critical, life-and-death emergency decisions to automation makes most of us uncomfortable—and rightly so.

These concerns have driven the creation of new assistive technologies and processes that reap the benefits of AI without creating issues concerning privacy. For instance, AI can now supplement first responders by helping them better understand complex events that are unfolding quickly. A significant accident is one example, but there are many others, like natural disasters—the 2018 Camp Fire in California spread seven miles in 90 minutes. By the time 9-1-1 center staff understood what was happening and connected with first responders in the field, it was already too late.

Right now, when a member of the public makes an emergency call, a member of the 9-1-1 center staff inputs the information into a computer-aided dispatch (CAD) system; it’s the repository for critical data about the event (like the location and nature of the emergency) that first responders can leverage during and after the response.

Information inputted by every dispatcher is in the CAD system. Still, rare is the instance when emergency personnel can assess the entirety of this data in real time given how quickly they need to react and make critical decisions. This information vacuum can be deadly when call volume is high, as it usually is when a large, complex event is unfolding.

Hence, spotting connections is challenging during these emergencies because dispatchers and call-takers don’t have time to fully utilize CAD data, often turning to quicker options, such as firsthand personal knowledge or even Google. Too often, this means dispatchers make decisions and allocate resources without a complete understanding of the situation. This problem is precisely what assistive AI can combat, by continually assessing the entirety of information hitting CAD it can immediately flag significant anomalies, patterns, and connections hidden among the call data.

Protecting those who protect us in 2021 & beyond

Additionally, according to the National Emergency Number Association (NENA), call-takers and dispatchers endure higher stress levels than other professions, with a greater prevalence of post-traumatic stress disorder (PTSD) than the general public. As a result, the industry sees very high turnover rates. By acting as a second set of eyes, assistive AI could help significantly alleviate some of the immense stress placed on 9-1-1 center staff. With advances in technology and providing the right resources to 9-1-1 professionals, emergency communications center managers can provide a healthier environment for staff.

2021 is the year AI in public safety gets real because it’s no longer a misunderstood technology full of empty promises. It’s a powerful tool 9-1-1 professionals can use to make smarter decisions faster with reduced stress. It supports and enhances first responders’ decision making rather than replaces it. Further, it uses the CAD system’s records, avoiding issues of privacy that come with mining external sources. So, buckle up because 2021, the year of AI, is quickly approaching.