Photo by Dean Hinnant on Unsplash 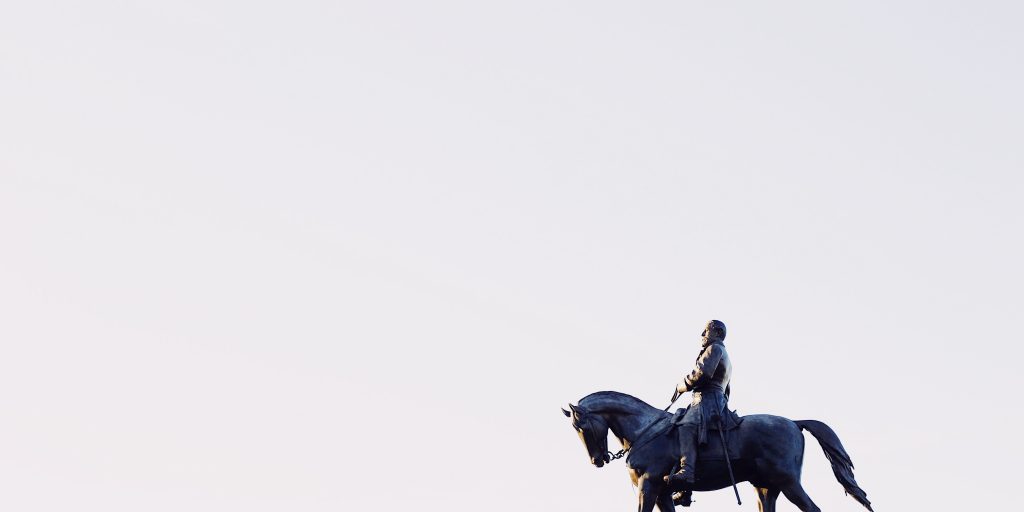 As protests against police brutality and institutionalized racism continue, monuments to the Confederacy are falling across the country.

One of the most recent is the statue of Confederate General Thomas “Stonewall” Jackson. According to the Richmond Times-Dispatch, city crews were preparing to remove the monument this afternoon at the direction of Mayor Levar Stoney who used emergency powers to immediately remove the monument.

Protestors have already toppled the statue of Confederate President Jefferson Davis which sat for decades on the city’s controversial Monument Avenue, according to The New York Times. City officials worry that someone could be hurt if attempts are made to topple larger monuments, which has at least in part prompted the immediacy of the decision-making.

Confederate statuary and iconography have long been contentious issues in this country. Some say the monuments and symbols stand in honor of a lost southern legacy and heritage, while others say that heritage is one of slave-ownership and oppression. The recent protests kicked off by the death of George Floyd at the hands of Minneapolis police officers reignited this debate, with protestors across the country seeking to remove these monuments – through official channels or otherwise.

But exactly how many of these monuments are there, and how many have been removed? The data team at BeenVerified has been tracking the numbers drawing upon numbers from the Southern Poverty Law Center. According to their research, over the years 190 Confederate monuments have been removed, but approximately 1,700 still remain.

The vast majority of these statues weren’t built during the period immediately following the war, and those monuments constructed during that time were mostly to honor the dead, according to History.com. Most of the monuments honoring Confederate leaders were erected in the early 1900s.

“The vast majority of them were built between the 1890s and 1950s, which matches up exactly with the era of Jim Crow segregation,” Mark Elliott, a history professor at the University of North Carolina told the outlet.

According to the BeenVerified study, Maryland and California have removed the highest percentages of their Confederate monuments, and the states who have the largest percentage of remaining symbols are Weste Virginia, South Carolina, Mississippi and Arkansas.

“The Confederate symbol removal gained traction after the 2015 Charleston, South Carolina, church shootings, which ignited a nationwide debate on these symbols and their prominence in public spaces,” Brian Ross, a senior data analyst for BeenVerified, said in a statement. “But after peaking in 2017, the trend has been on a decline — until the death of George Floyd.”

Click here to view the complete study from BeenVerified.