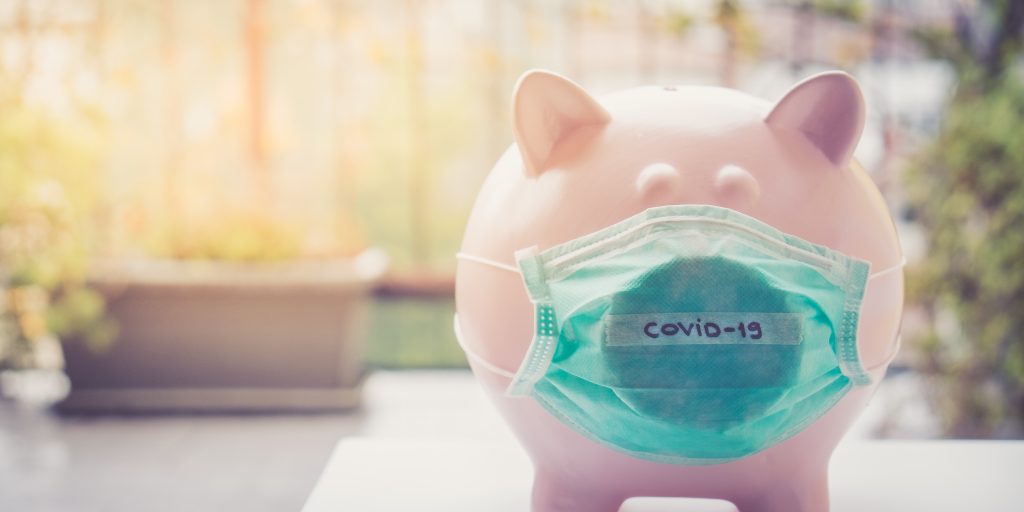 On March 27, President Donald Trump signed the federal Coronavirus Aid, Relief and Economic Security (CARES) Act into law as the rest of the country feverishly tried to weather the coronavirus pandemic.

The CARES Act establishes the Coronavirus Relief Fund, which gives states, tribal governments and local governments $150 billion to help cover any unbudgeted COVID-19-related costs incurred between March 1 and Dec. 31, 2020, according to the National League of Cities (NLC).

Only local governments of jurisdictions with over 500,000 residents qualify for direct financial assistance from the fund, the NLC notes. While states will receive most of the fund’s money, no part of the CARES Act stipulates that states must give money to other local governments.

By the end of March however, 701,000 jobs were lost, per U.S. Bureau of Labor Statistics data. Some local governments have taken matters into their own hands and have passed local economic stimulus packages to help mitigate the economic damage their communities will have to endure.

“For a period of time, we needed to make sure we were focusing on our community and making sure that as legislation worked its way through Capitol Hill, that we were focusing on economic sustainability here at home,” says Columbia, S.C., Mayor Steve Benjamin.

“So, we just put our minds together, our council, our staff, our local business folks, our nonprofit leaders, and came up with A Resilient Columbia,” Benjamin adds.

A Resilient Columbia, approved on March 20, is the city’s $6.5 million economic stimulus plan. Of that total, $2 million went towards a small business and nonprofit stabilization plan, Benjamin says.

According to the plan, $500,000 was set aside as a forgivable loans program for small businesses — the loans are forgivable as long as they’re used for their original purpose, Benjamin says. An additional $500,000 went towards a non-profit forgivable loans program. Additionally, a $1 million loan-loss revenue fund (LLRF) was set up for businesses as a collaboration between the city and local private financial institutions. An additional $250,000 is allocated to Senior Resources, a local nonprofit that handles the city’s Meals on Wheels program, Benjamin says.

Public safety comprises a major part of A Resilient Columbia. The plan contributes $2 million to the Columbia Police Department’s recruitment and retention plan, as well as $1 million for additional public safety initiatives, according to the plan.

A large part of Birmingham, Ala.’s $15.1 million Bham Strong stimulus package, which was passed on March 17, is public service focused, too. Around $3.1 million was set to be used for personal protective equipment and overtime for first responders, the news release shows. An additional $9.2 million will address the city’s projected budget shortfall over the next 60 days.

About $1.2 million went towards an emergency loan fund for small businesses, which Birmingham Director of Economic Development Josh Carpenter calls, “the lifeblood of the Birmingham economy.” Carpenter says that the program was able to raise an additional $1.2 million from banks, lenders, philanthropies, civic organizations and corporations. The program will offer low-interest microloans between $10,000 and $25,000 to businesses with 50 or less employees.

“What we wanted to do is provide a mechanism for [small businesses] to see, OK, things are shifting, your business model is being forced to change, but your local government is reacting in parallel so that you should feel confidence that there will be opportunities for you to keep your doors open,” says Carpenter, who is also an assistant professor of economics at the University of Alabama at Birmingham’s Collat School of Business.

Birmingham has an additional step to its economic stimulus, too. The city is creating a service corps to re-employ unemployed people and let them be a part of the COVID-19 recovery process by fulfilling essential tasks.

“Think something like the AmeriCorps but built explicitly to combat COVID-19, and it will go away afterwards, and then people can go back to their jobs,” Carpenter says. “What we want to do is make sure that people can still apply for unemployment, but they can also help combat the crisis and then get a stipend to be a part of that.”

The essential tasks will consist of manning call centers to ensure the spread of public information, especially to vulnerable populations and coronavirus screening where possible, Carpenter says. This service corps is set to be launched sometime in April.

Like Benjamin, Carpenter notes that Birmingham’s business communities had ample input into the city’s economic stimulus. He recalls how the mayor held a call with top CEOs in Birmingham to decide on important economic areas to focus on in the pandemic (“Everybody sort of agreed [on] small businesses and workers, in that order,” he says). Birmingham also convened an all-day hackathon in mid-March with businesspeople explaining how the crisis would impact their workers and supply chains.

“We’ve tried to do pretty much nothing without businesses at the table,” Carpenter says.

Benjamin notes that Columbia’s stimulus plan was a major part of a series of decisions that the city has made so far in addressing this unprecedented crisis.