Photo by Daria Nepriakhina on Unsplash 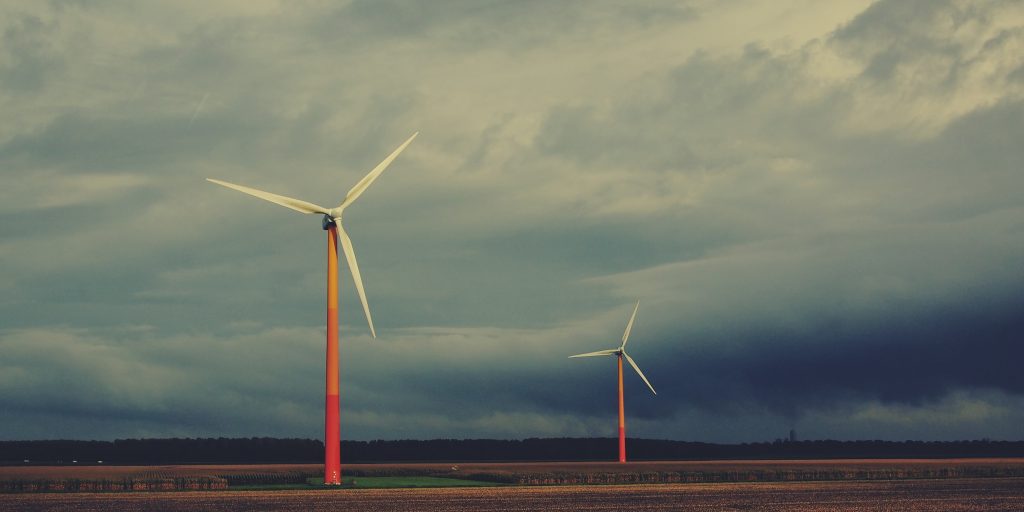 Renewable energy sources like solar power and wind are receiving more and more attention. Solar farms and wind turbines pop up everywhere, which looks like that renewable energy generators can be added indefinitely. However, this is a misconception. Use walking dogs as an analogy. Walking a dog is easy to do. However, imagine walking 10 dogs, or 100 dogs. It is a lot more challenging. The dogs may run in different directions unexpectedly, which can be fatal. Similar things can happen to power systems when the penetration level of renewables increases.

For example, in 2016, when a blackout swept through the whole South Australia, it affected 850,000 customers. It was because some wind farms did not manage to ride through grid faults caused by tornadoes and high-speed winds and tripped off.

Additionally, in 2019, a blackout happened in a large part of England and Wales because the Hornsea off-shore wind farm (737MW) and the steam turbine at the Little Barford gas-fired power station (244MW) tripped off when a lightning struck a 400kV transmission line. Approximately 1.1 million customers lost electricity and the U.K. railway network was paralyzed. In both cases, the trip-off of wind farms played a major role.

Renewables equipped with current technology maximize the benefits to their owners without considering the overall operation of the power system it is connected to. When the penetration level of renewables is low, this is not a problem because large power plants can take care of the system operation; it is not a problem to interact with the renewables through a communication network either because it is still manageable. However, when the penetration level becomes high, the operation of the power system becomes a great challenge and the management of the communication network becomes a great challenge as well. Unfortunately, this problem will probably not be widely recognized until 10 or 20 years later, by which time a lot of investments will have been made and/or wasted.

Another misconception has to do with the addition of ICT (information and communications technology) system into power systems, forming the so-called smart grids. This will indeed help make power systems more efficient, more resilient to threats and friendlier to the environment. However, this could lead to serious reliability concerns. In 2019, a computer outage of Aerodata affected all major U.S. airlines, causing more than 3000 flight cancellations and delays. This sends a clear warning to the power industry: ICT systems may be a single-point of failure and similar system-wide outages could happen to power systems if their operation relies on ICT systems. Moreover, when the scale of the ICT system reaches a certain level, the management of the ICT system is itself a challenge.

Additionally, adding ICT systems to power systems opens the door for malicious cyber-attacks by anybody, at any time, from anywhere. Numerous reports about cyber-attacks to power systems have been reported. For example, in 2015, hackers successfully compromised the ICT systems of three distribution companies in Ukraine and temporarily disrupted electricity supply to approximately 230,000 customers. Relying on power systems operation on ICT systems has become a fundamental systemic flaw and needs to be corrected, urgently. As a response, in June 2019, the U.S. Senate passed the bipartisan bill Securing Energy Infrastructure Act to defend the U.S. energy grid so that “the energy grid that powers our lives is not open to devastating attacks launched from across the globe.” It is suggested to replace automated systems with low-tech redundancies, like manual procedures controlled by human operators.

Is the future of power systems doomed? Is it really necessary to go back to manual operation?

A solution exists: to unify all generators and loads – called players – in a power system. This solution will likely lead to autonomous power systems with 100 percent renewable energy. As a result, there is no limit on the number of players that can be added, and these players follow a built-in common mechanism to interact with each other without using additional communication infrastructure. The cyber-security concern is minimized as well. Anyone who intends to attack the grid would have to be present physically.

The solution makes renewable generators behave like conventional power plants. As a result, they become compatible with the grid. An important feature of the solution is that the technology is applicable to various distributed energy resources, such as wind and solar energy, electrical vehicles and storage systems. What is even more important is that the same solution can also be applied on the load side as well to different loads, such as LED lights, Internet devices, computers, home appliances, industrial machines and more. Eventually, all generators and loads will follow the same built-in common mechanism to interact with each other to make power systems stable, reliable, secure, resilient and sustainable. This solution is governed by the SYNDEM (synchronized and democratized) smart grid architecture.

The SYNDEM grid architecture and the associated technical routes were underpinned by nearly 20 years of extensive research, and development. Recently, it has been successfully field trialed in a smart home in Junction Texas. Recently, the Department of Energy has awarded funds for the parent company to further develop the technology and carry out a field demonstration with 20+ nodes.  The National Science Foundation has also recently announced a planning grant to develop a full proposal with the goal to establish an Engineering Research Center for Communication-network-free, Autonomous, Renewable Electric Power Systems (CARE).

The future of power systems is bright and the vision for 100 percent renewables can be achieved. What is needed is to change the current mindset and take actions to deploy these solution as soon as possible and as much as possible.

For more information about the SYNDEM grid architecture and technologies, click here.