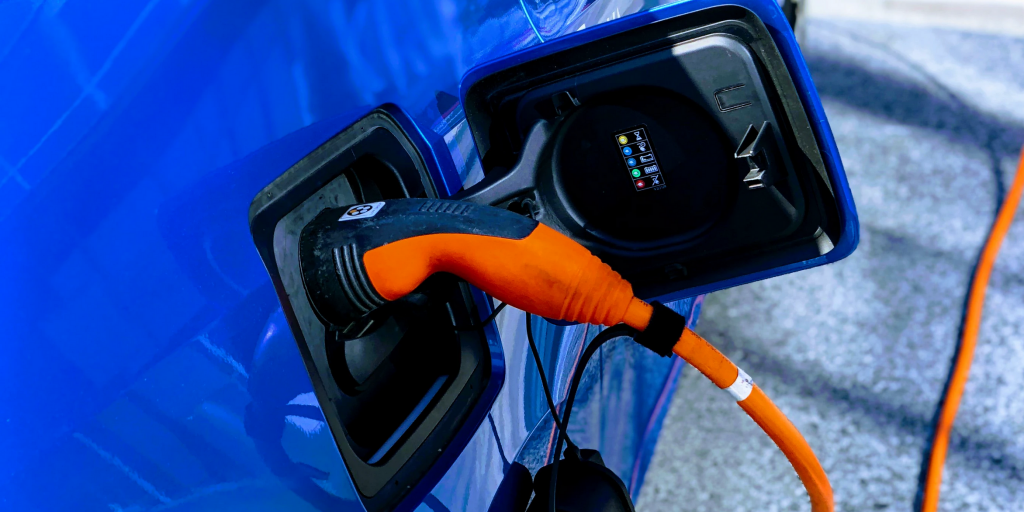 Transportation in the American city of the future is highly likely to involve one key word: electrification. From passenger cars to buses and medium-duty freight trucks, the power of electricity will reshape how we get around and make our cities greener and more sustainable.

To give policymakers and urban planners greater insight into how the potential future of electrification could play out, researchers at the U.S. Department of Energy’s Argonne National Laboratory have developed a new model, called Compass, which reveals large-scale patterns in electric vehicle adoption and charging behavior over a short-to-medium term window of approximately three to ten years.

The Compass model, which was recently presented in Chicago, visualizes the decision-making patterns of up to a million “agents” simultaneously – for instance, how likely they are to own or to purchase an electric vehicle and where and when they would charge their vehicles. The model also looks at likely changes to charging patterns of placing new charging stations either in new areas or adjacent to pre-existing charging stations.

“A city has to balance several different priorities simultaneously,” said Yan (Joann) Zhou, group manager for vehicle and energy technology and mobility analysis at Argonne. “Managers and city planners have to take into account their desire for sustainability, which includes generally increasing levels of electrification. But they also have to balance that against equity concerns, making sure that those in the city who might decide to adopt an electric vehicle have relatively easy access to charging stations.”

By using the Compass model, city planners can either work from a given set of assumptions and initial conditions and see how they play out over time, or they can attempt to identify a set of ideal future conditions and work to see which versions of the pathways are more likely to produce the best outcomes. In either case, the model can help educate policymakers about the conditions that are most conducive to producing results consistent with the city’s overall objectives.

“The beauty of modeling is that you can either set a goal and say, ‘how do I get there and what actions do I need to take to get there in the desired time window,’ or conversely you can say ‘if I take this action, what outcome is likely to result,’” Zhou said. “In terms of actions, a city may want to look at zoning or parking restrictions, for instance, to meet larger sustainability goals. That’s one type of area that Compass can help explore.”

According to Zhou, the key to the Compass model involves understanding how the different value propositions of the different stakeholders in the transportation network – from drivers to grid operators – intersect. If city officials have a better understanding of these value propositions, it will go a long way towards creating a more sustainable and equitable transportation future for a city.

“Equity is an important concern since actions to enhance sustainability can negatively affect low-income areas, at least in the short term,” said Argonne principal transportation systems analyst Marianne Mintz. “Compass permits us to identify those impacts and examine actions to mitigate them.”

Providing charging convenience, achieving air pollution attainment standards in certain regions, or providing benefits to service providers all represent different priorities that cities will have to manage on the pathway towards electrification, even as cities share an overall goal of increasing the preponderance of electric vehicles on their roadways within a decade.

“Over space and over time, there is a multidimensional interaction of preferences and an evolutionary process that takes place,” Zhou said.

In addition to influencing the decision-making of various policymakers, Compass also informs other stakeholders, such as large utility companies, about the actions they will need to take to support the increasing demand for electrified transportation on the grid. Compass builds on a model known as ATEAM, which was developed as part of a research partnership between Argonne and Exelon, a major utility company, as Exelon was interested in the co-evolution of electric vehicle adoption and electric charging infrastructure.

“Because our model can reflect diverse priorities, we can help cities to plan for a range of different outcomes,” Zhou said. “Our model can project several different scenarios to give decision-makers the ability to determine how best to lay out their transportation futures.”

One reason models like this are especially important lies in the fact that it is difficult or even impossible to currently collect much in the way of empirical data to support the behavior of the agents in the model – for instance, how people would react given fluctuations in the price of electric vehicles or charging. Although initial assumptions are baked into the model, they are confined to a certain range designed to give the most likely future scenarios.

According to Zhou, smoothing the pathway to an electrified transportation network is a question of when not if. “Cities are determined to go for electrification,” she said. “The question is how you get there.”

Organizations that want to learn more about this model can contact [email protected].