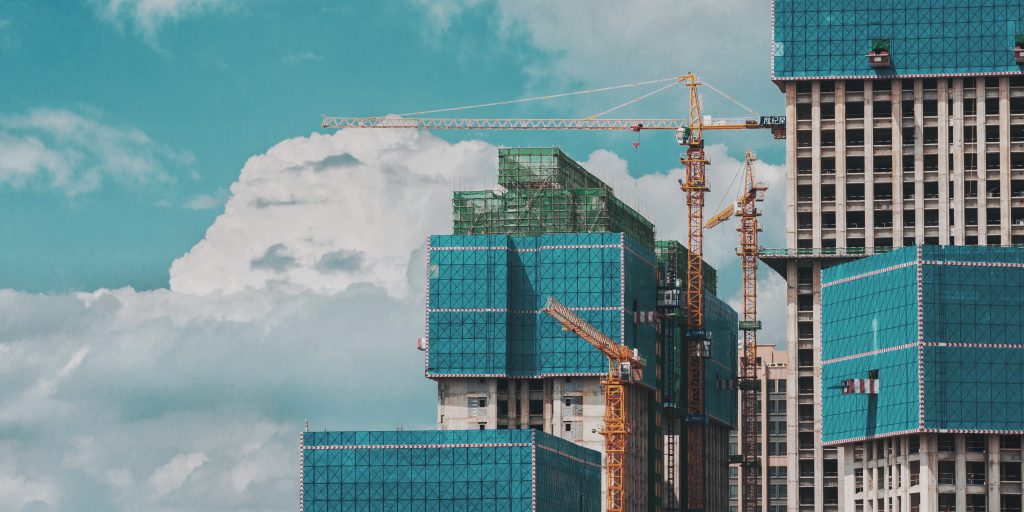 How to create the right ecosystem for large-scale developments

Communities thrive when they’re well-planned. One challenge is developing the right ecosystem for large-scale developments that serve a purpose today but can also survive when communities change – in population size or affordability – decades later. While there are no large-scale developments that are exactly alike, there are common denominators nationwide that set the most successful projects apart, from the strategies behind choosing a developer (or developers) to their adaptability for the future.

Choosing a developer: When more is more

While planning for large-scale developments, communities should keep in mind that there are no one-size-fits-all solutions when it comes to choosing a developer. One developer might be best suited for building new hotels, while others are renowned for building Class A office space or residences. That doesn’t mean a community should pick one developer over another. Cities should consider offering the job to both if that means having best-in-class developers that will deliver timely, lasting and impactful results.

For example, Columbus’ RiverSouth neighborhood, once a sea of empty surface parking lots and boarded up buildings, is today arguably one of the city’s most vibrant urban districts. But transforming a ghost town into a go-to destination is no easy feat and required a series of public-private partnerships to create green space and gathering places that made the neighborhood an attractive place for developers to dig-in, namely Columbus Commons and the Scioto Mile, which bookend the neighborhood.

Instead of relying on one developer for the whole neighborhood or selling it all as one site, CDDC released parcels piece-by-piece to multiple developers. Developing the neighborhood using a right-sized, phased approach gave CDDC more control of the development, selecting teams suitable for each stage of the process. This strategy was critical to the neighborhood’s successful transformation, allowing the vision to be realized ahead of schedule while also cultivating density and architectural diversity.

The results of this effort include the addition of more than 1,500 residents and nearly 3,500 employees, thanks to an upcropping of buildings, including 250 High and 80 on the Commons; both 12-story buildings developed by Kaufman Development and the Daimler Group, who handled the residential and office components respectively; LC RiverSouth Annex I, II and II, a series of residential buildings developed by Lifestyle Communities; Highpoint, an apartment building developed by Atlanta-based Carter which flanks Columbus Commons; and The Julian, an adaptive reuse of historic property into a 90-unit apartment complex developed by Casto Communities.

Now, this model is being applied to the other side of the Scioto River on Downtown Columbus’ western frontier. In the 56-acre site, 30 acres have already been transformed into a network of parks and cultural institutions including the Scioto Greenways, American Museum of Natural History inside Columbus’ Center of Science and Industry (COSI), Dorrian Green and the National Veterans Memorial and Museum. With the remaining 26 acres of surface parking and vacant lots, the Scioto Peninsula is poised to become a premier mixed-use neighborhood, located directly across from Downtown Columbus’ Central Business District. When complete, it will ultimately house two million square feet of office space, 1,800 residential units, 400 hotel keys and up to 200,000 square feet of restaurants, entertainment and retail.

CDDC assembled a team of three developers to start on six buildings across nine acres of land in Phase I; Flaherty and Collins, Rockbridge, and Daimler who will develop the residential, hotel and office respectively. This $250 million effort will include an eight-story, 240,000-square-foot office building; three apartment buildings with 550 units and an eight-story hotel with up to 197 rooms. Construction is slated to start later this summer and open in summer 2022.

In this case, CDDC hired the best developers possible to build each component of Phase I – office, residential and hotel – in tandem, rather than piecemeal, to maximize the success of the Scioto Peninsula and achieve economic viability as soon as possible. This unique approach will activate the area with foot traffic from residents, workers and visitors alike, making it a destination from day one. This strategy is one that can be replicated in other heartland communities.

If you invest in community assets, private sector development will follow.

Although public-private partnerships (P3s) sometimes stir controversy, they can play a pivotal role in bringing big ideas to life. For any development, there is always a need to finish a project on time and on budget. Public and private sector collaboration is proven to accomplish large-scale projects that impact the growth and health of local economies.

In Columbus, there is no shortage of successful P3s, from the $44 million Scioto Mile that changed Columbus’ riverfront landscape to the $82 million National Veterans Memorial and Museum. Private philanthropy and public partners at the city, county and state levels have made these city-changing projects possible. Now the Peninsula is launching into the next phase of its evolution – a vibrant 26-acre mixed-use neighborhood featuring residential, retail, offices and a hotel.

Preparing and adapting for the future

From the beginning stages of a development planning process, communities must look to the future and consider how population growth, business growth, transportation trends and other demographic changes might impact the project. Downtown Columbus serves as a living case study for how to effectively adapt to one trend that has plagued communities across the country: the death of the mall. Columbus’ City Center Mall once flourished with nearly 150 stores, but over time, the mall lost business that eventually forced the once-booming shopping center to shutter its doors. Rather than leave it in a vacant state, the Columbus Downtown Development Corporation deconstructed the site, preserved the former mall’s underground parking garage, and built Columbus Commons, a six-acre multi-use green space, atop two layers of cars. Today, the park serves as a central event and gathering space and has been a key catalyst in generating more than $400 million in private development around the park’s perimeter and in the surrounding RiverSouth neighborhood.

With these common denominators in mind, communities should think about what defines success for them. This might mean increasing foot traffic in an area, making the region more attractive for corporate relocations and expansions, attracting and retaining talent, or improving the quality of life for residents. From there, it’s important to set benchmarks to effectively measure that success. Once communities have a clear understanding of their objectives for economic growth and how large-scale developments will help achieve these goals, the rest will follow suit.