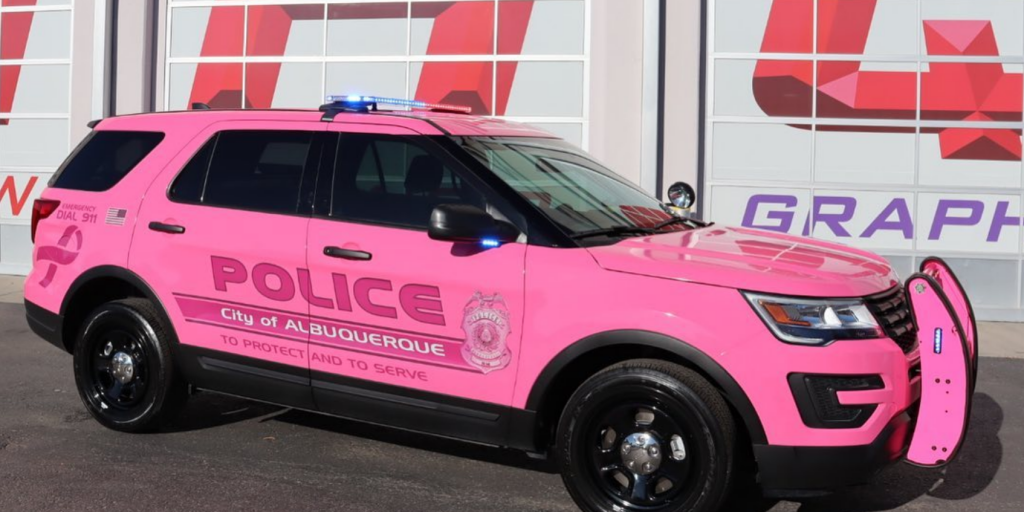 The agency has painted one of its patrol vehicles bright pink – the official color of the awareness movement – and will be cruising the streets to highlight the health issues associated with the most common form of cancer for women in America, according to CNN.

“Our mission with the car is to create breast cancer awareness, and acknowledge the fight against all cancer,” Albuquerque police said in a Facebook post, adding “The pink car shows APD’s support and solidarity throughout the community, as everyone has been affected in some way by cancer.”

But Albuquerque isn’t the only agency getting involved in the fight to end breast cancer. This year hundreds of public safety agencies – both national and international – are participating in the Pink Patch Project, an awareness campaign that centers on bright pink patches worn by police, fire and EMS professionals to raise money and start conversations.

So far, the project has generated over $1 million dollars for to fight breast cancer.

To learn more about the program, watch this video.