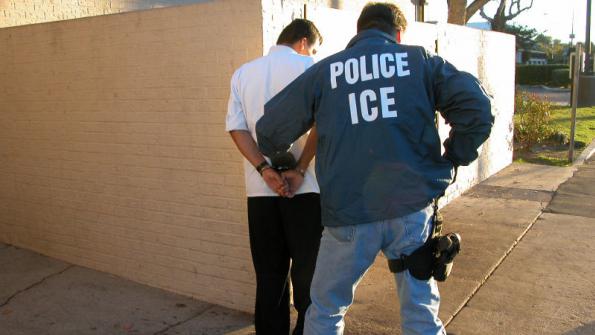 As news of Immigrations and Customs Enforcement (ICE) raids in major cities emerges, mayors of those cities are reiterating their support for undocumented immigrants in their communities.

The New York Times reported on July 11 that ICE will commence raids in as many as 10 major cities that following Sunday to arrest thousands of undocumented immigrants. President Donald Trump told reporters that, “We are really specifically looking for bad players, but we’re also looking for people who came into our country not through a process, they just walked over a line, and they have to leave.”

Immigration reform advocates later identified Atlanta, Baltimore, Chicago, Denver, Houston, Los Angeles, Miami, New York and San Francisco as the cities in which ICE raids were expected to occur between July 14 and 18, according to USA Today. Since news emerged about the raids, mayors of those cities have spoken out about the raids.

Some mayors have encouraged residents to learn their rights. Atlanta Mayor Keisha Bottoms announced a campaign to educate immigrant families throughout the city in both English and Spanish, according to CNN.

“What we are trying to do is get this messaging out at any opportunity we have that there is due process, there are numbers that you can call, there are lawyers standing at assistance, and most importantly stay vigilant,” Bottoms told CNN.

Los Angeles Mayor Eric Garcetti released a video on Twitter in which he explained his and the city government’s intention to not cooperate with ICE, according to Fox News. Garcetti also gave a brief summary of Miranda rights and to keep records of encounters with officers in order to be able to use such records in their defense.

“And, most importantly I want you to know, you do not need to be afraid. Your city is on your side, and rest assured, here in Los Angeles we are not coordinating with ICE,” Garcetti said in the video, according to Fox News.

Los Angeles Chief of Police Michel Moore cited federalism as the reason why the Los Angeles Police Department would be staying out of raids, according to Fox News. Moore said the government would not

Houston Mayor Sylvester Turner said that the Houston Police Department wouldn’t be participating with ICE on raids and also encouraged Houston residents to learn their due process rights, according to NPR.

“[The] city of Houston is a welcoming city. We’re very diverse. We seek every day to be very inclusive,” Turner told NPR. “Let me just say I don’t think this does anything to deter people from coming here. And it doesn’t create public safety – enhance public safety right here in the city of Houston.

Meanwhile, Chicago Mayor Lori Lightfoot barred ICE from accessing the Chicago Police Department’s databases, and she directly prohibited the department from aiding the federal agency in deportation or arrest-related activities, The Hill reports.

“Any such efforts by ICE in our city will be met with fierce resistance from Chicagoans who have been organizing tirelessly in their communities, and with an unshakable resolve to stand with, and never against, our immigrant neighbors,” Lightfoot wrote in The Washington Post.