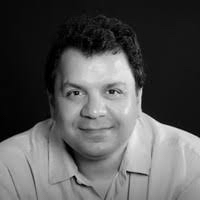 In times of crisis, clear communication is essential. Whether it’s a public health concern, natural disaster, or anything in between, it’s important for local, state and federal governments to communicate clearly and effectively to save lives and dispel any chaos. It’s not enough to simply be prepared—crisis management strategies should always strive for overpreparedness.

Look no further than the recent measles outbreak in New York City. Mayor Bill de Blasio declared it a public emergency, mandating that unvaccinated people in parts of Brooklyn—where the outbreak was most concentrated—must receive a measles vaccine or face fines. This approach, regardless of its efficacy, is a prime example of why a clear, consistent message around a crisis represents the best first step in dealing with and responding to it.

The most dangerous thing during a time of crisis is a lack of information or misinformation, both of which can lead to mass panic. That’s why it’s imperative for governments of the world to have a crisis communications management system in place, especially in today’s age of disinformation, in order to keep people calm and safe.

Localities that have crisis communications systems can provide citizens with alerts and updates on emergencies as they happen while instructing them on how to remain safe. That could be anything from real-time identification of areas with the highest level of measles infection rates in New York City to issuing evacuation alerts to towns directly in the path of the extreme weather.

A crisis management system isn’t just a means of keeping the public safe—it’s also a means of managing emergency stakeholders and first responders, whose job it is to protect, serve and ensure the right message and information from a reliable, trusted source gets to the people who need it most, when they need it most.

Public officials today face far more complex challenges when it comes to conveying the appropriate, factual message. That’s because we live in an era of fake news. Couple that with telecom networks that can get backed up and jammed in an instant, and you’ve got the recipe for a whole new disaster. That’s why a properly designed crisis communication program is so essential.

Governments with emergency management software can better coordinate with first responders during a crisis and warn the public. Combined with a response management system, teams can better collaborate on the ground and usher the public through a crisis with more reliable communications being disseminated.

Of course, these systems must also incorporate security as well. Authentication and encryption methods should be employed to ensure that all transmissions from a crisis communications system comply with privacy and security regulations. Messages that transfer between responders and government officials need to be highly secure so that only trusted, authorized communications from reputable sources are given to the media and public.

Effective crisis communications and emergency management systems are also interoperable across a vast range of networks, devices and media. This way, a uniform, streamlined message is conveyed to all without any room for misinterpretation or confusion. The system should also provide consistent updates to keep citizens alert and aware of the crisis situation as it progresses.

And because people are dialed into more communications channels than ever before, it’s important that these systems incorporate multi-modal technology to instantaneously deliver messages across various mediums. This includes everything from cell phones, social media, television, laptops/tablets and connected devices.

Equally important is communicating information from the field back to the appropriate agencies and stakeholders. This way they can better respond and adapt to changing conditions as they unfold. An emergency alert system with two-way communications capabilities can better identify who needs help and expedite the process of coordinating nearby responders to assist.

There’s always another crisis looming around the corner. These occurrences tend to spring up both frequently and without any warning. Therefore, it’s important for governments of the world to take a hard look at the emergency and crisis management systems they have established. Only then can they begin to implement processes that are not only reactionary and informative to real-time situations but are also prepared to save lives no matter what curveballs may arise.

Sanjay Saini is SVP and GM of AtHoc at BlackBerry, a trusted security software and services company that provides enterprises and governments with the technology they need to secure the Internet of Things. AtHoc is a leading crisis communication platform used by state and local agencies globally to communicate and collaborate during critical events and emergencies.