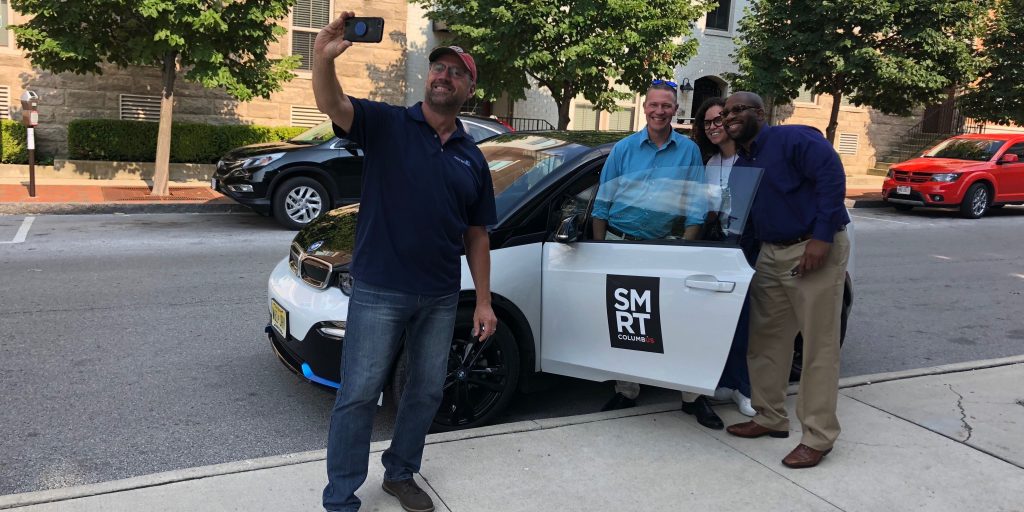 Though many people equate electric vehicles (EVs) with West Coast living, several Midwest cities, including Columbus, have been prioritizing the drive electric movement. In Columbus, we’ve been able to increase the number of EVs registered by 121 percent since 2017, outpacing the growth in national EV registration rate of 94 percent. Columbus is not alone in this surge of EV registrations, just an hour away, the city of Dayton has increased EV registrations by 124 percent. Elsewhere in the Midwest, Kansas City has seen a 119 percent increase in EV registrations.

Smart Columbus was formed in 2016 after the city won the U.S. Department of Transportation Smart City Challenge and serves as a catalyst for testing ideas and strategies for accelerating EV adoption in the Columbus seven-county region. One thing we noticed in our initial research is that the early adopter population in the Columbus region, those who would most likely be interested in buying an EV before they become popular, is very similar to the national profile of early adopters:

• holds a bachelor’s and/or graduate degree

We aim to prove that the kinds of incentives and tactics that work in California, Washington state and other states that offer zero-emission vehicle incentives can and do work in the Midwest.

Through the $10 million Paul G. Allen Family Foundation grant that was a part of our Smart City award, we’ve been able to implement several successful electrification strategies that have worked toward lowering greenhouse gas emissions by increasing EV adoption and lowering the number of single-occupant commuters.

Because we’ve been able to make these efforts a priority in Columbus, we are future-proofing the city as it is estimated that more than one million people are moving to Columbus by 2050. We aren’t alone in this population surge, as tech companies continue to seek out cities with talented employees, lower cost of living and higher growth, the Midwest has become a hotbed of startups and tech companies. It makes sense that Columbus is among the Midwest cities who are thinking about how transportation technology will make them competitive with cities on the coasts.

Tailoring proven tactics to our region

Columbus is taking a unique approach to increasing EV adoption by partnering with the private sector, asking them to help employees re-think how they get to work in order to solve regional mobility challenges.

We launched the Acceleration Partner program to organize and rally private sector engagement. To date, more than 60 companies have signed on to help drive the culture change that will encourage residents to drive electric and drive less.

Many of these companies are hosting the Smart Columbus Ride and Drive Roadshow, through which, we’ve hosted close to 8,000 EV test drives. From those drives, more than 13 percent of participants opt in to being contacted by a dealer to get more information about EVs. Our goal is to expose 12,000 people in the region to EVs, more than any other initiative on this scale. 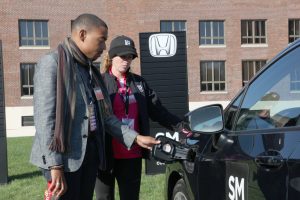 Incentivizing EV charging infrastructure is a crucial part to increasing EV adoption. AEP Ohio is one of our largest partners, and its commitment to grid modernization has helped the region increase charging ports from 207 in 2017 to more than 600 to date.

The largest increase in charging has been seen at workplaces—since 2017, 44 employers in the region have added more than 240 EV charging ports to their campuses. Studies show that having EV charging available at the workplace as a benefit not only drives EV adoption but attracts and retains employees who care about corporate citizenship.

Multi-unit dwellings (MUDs), such as owned or rented condos, apartment complexes or townhouses, make up 40 percent of households in the city of Columbus, and 40 percent of suburban households in the Columbus Region. Increasing access to EV chargers in MUDs has made them an attractive and accessible option for more people in our community. Though the Paul G. Allen grant, we’ve been able to award more than $272,000 in rebates to regional developers to increase EV charging ports on their properties. So far, more than 36 charging ports have been installed through our incentive programs.

EV purchase incentives are good, but at the end of the day, we can only sell the EVs available in the market. The Midwest continues to struggle with receiving inventory, as many of the states that offer incentives for zero-emission vehicle (ZEV) sales are located on the coasts.

Because the state of Ohio is not a ZEV state, there was no prior EV sales history, and it was difficult to quantify availability of EVs in the market. In 2017 we learned that less than half of the EVs sold in the market were available in Columbus, with only 69 vehicles on dealer lots available for sale. We realized that in order to sell EVs in the seven-county Columbus region, dealers have to stock cars with lower or often negative profit margins from manufacturers that don’t receive a state incentive.

Currently, 61 percent of EVs available are sold in the Columbus market, and more than 260 EVs are on dealer lots. Part of the framework to increase EV sales is to prioritize dealerships, engaging them on how to get buy-in from consumers to increase sales and grow a community of EV owners. To be ahead of the curve and future-proof their business, dealers have to be educated on EVs and know how to sell them. Otherwise, their companies are taking a long-term risk.

We created the Smart Columbus Electrified Dealer certification process has been embraced by dealers, especially the dealers that want to be forward-thinking and leaders in the community and among their peer dealers. Since summer of 2018, we’ve certified 27 dealers in the region on how to sell EVs, representing a third of dealers in the market. Dealers that are a part of our certification also receive leads from our Ride & Drive Roadshow, from drivers who opt into being contacted from a dealer.

These interventions have allowed us to increase model availability, but there’s still work to be done to increase EVs on the market regionally. 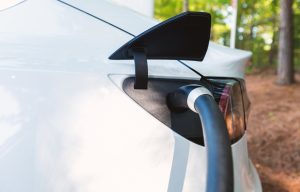 A strong mayor is key to bringing together stakeholders and partners. But more notably, the mayor’s duty is to facilitate the change that must take place within city government to foster the interdepartmental collaboration required to execute.

Early on, Columbus Mayor Andrew Ginther engaged the Columbus Partnership, the region’s business community leadership organization, to raise a matching Acceleration Fund of aligned investments and serve as the conduit to the private sector in the execution of the program. This alliance has been institutionalized into the operations of Smart Columbus and has enabled far-reaching collaboration with the local private sector.

Columbus recently won the Bloomberg American Cities Climate Challenge, joining six other Midwest cities that won out of 25 total winners. Our work to increase EV adoption is part of a broader effort to decrease greenhouse gas emissions and make life better for our residents.

Though we have made big steps in cultivating the EV market in Columbus, we still face some uncertainty: car manufacturers including Tesla and GM are near the end of the $7,500 federal tax incentive for EV purchasing, and threats to cut the incentive all together have come from the nation’s top office.

Luckily for us, U.S. Senator Rob Portman (R-Ohio) has been a champion for Smart Columbus since its inception, by working on the federal, state and local level to assist the city with winning the grant. In 2018, Portman continued to advocate for smarter mobility by supporting an extension to the federal EV tax incentive as a way to generate EV support.

But we know that electrification is a bipartisan issue that not only increases sustainability awareness, but makes economic sense to cities and regions who are looking to attract and retain corporations and residents who are invested in transportation’s future.

Jordan Davis is the director of Smart Columbus for the Columbus Partnership.