A police officer turns on a body camera. Photo by George Frey/Getty Images. 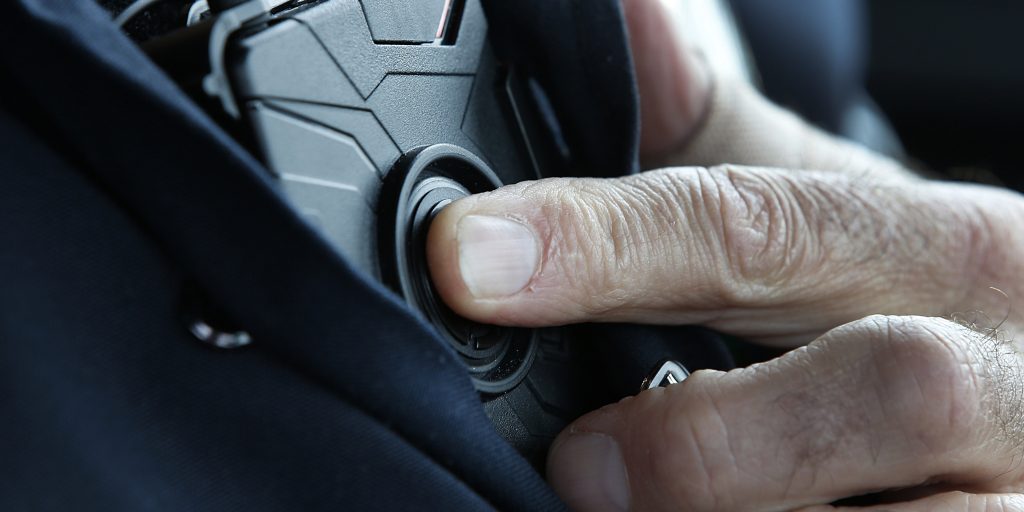 A police shooting in Connecticut has sparked numerous protests, and local and state officials are working to ensure accountability.

On the morning of April 16, a Hamden, Ct., police officer and a Yale University police officer stopped a car about a mile from the university, according to CNN. Police had received a 911 call earlier that reported the driver, an African-American man, had been involved in an attempted armed robbery.

The controversial shooting led to over six days of protests, CBS reports. Demonstrators are accusing police of poor training and say that the case is not about race.

Connecticut State Police released footage from body cameras on April 23, NBC News reports. In releasing the footage, state police noted that the Hamden officer turned his body camera on late, while the Yale University officer did not turn his body camera on at all.

“This is unheard of that we’re putting it out so quickly,” Connecticut State Police Commissioner James Rovella said at a news conference on April 23, per NBC. “What’s important is transparency and trust.”

The Connecticut State Attorney’s Office is investigating the shooting alongside state police, NBC reports. Rovella estimated that the investigation would be completed in two to three months.

“I can assure you that there will be accountability and we will come to a resolution, quickly,” Leng said in a statement, per the New Haven Register. “While some State investigations can take (six) months, my expectation and belief is that they will work to complete this one in no more than a month.”