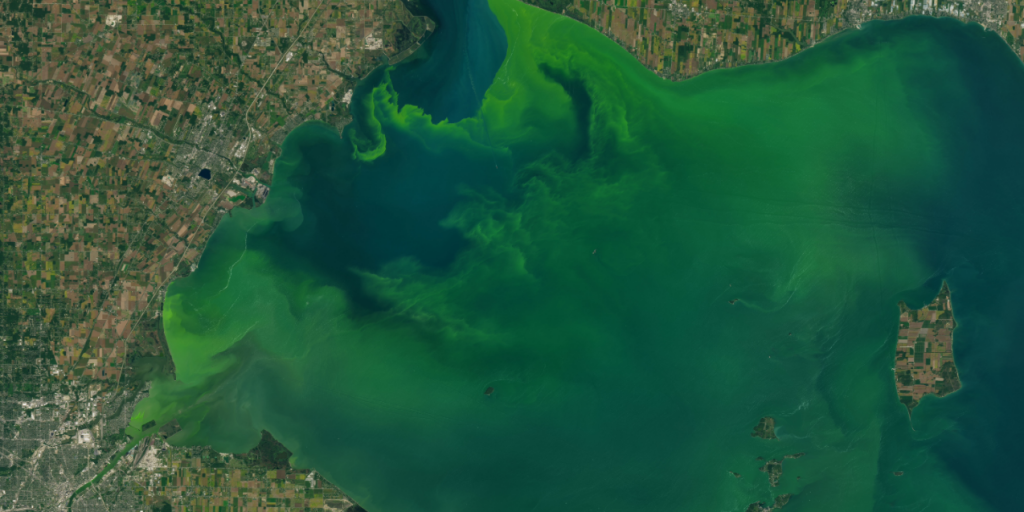 Lake Erie provides drinking water to over 11 million people, but runoff pollution causes frequent algae or cyanobacteria blooms, according to Grist. The blooms can make the water toxic for animals and humans.

Ohio Environmental Protection Agency (OEPA) officials classified western Lake Erie as being “impaired waters” in 2018, Michigan Radio NPR reports. The lawsuit claims that this listing should have yielded a plan to reduce pollution and to address recurring cyanobacteria blooms.

The EPA is also mandated to monitor phosphorus levels under the Clean Water Act, according to WTOL.

“There are no more reset buttons,” Lucas County Commissioner Pete Gerken said at a news conference, per the Toledo Blade. “It is a sad day when local government has to sue the U.S. EPA to do its job.”

The lawsuit was filed on April 18 in U.S. District Court in Toledo, Ohio, and it demands that the OEPA send a total maximum daily load (TMDL) to the U.S. EPA, TV station WTVG reports. The TMDL would limit amounts of phosphorus and other nutrients that are allowed in a body of water for it to still meet water quality standards.

Lake Erie cannot be considered impaired per Clean Water Act standards without a TMDL, according to WTVG. Additionally, pollution reduction actions aren’t mandated without a TMDL.

“We want accountability we want to know the amount of phosphorus that’s going into the lake and what can be done to measure and account for change and certainly that’s not occurring now, so we’re taking this legal action,” Lucas County Commissioner Tina Wozniak said, per Toledo TV station NBC 24.