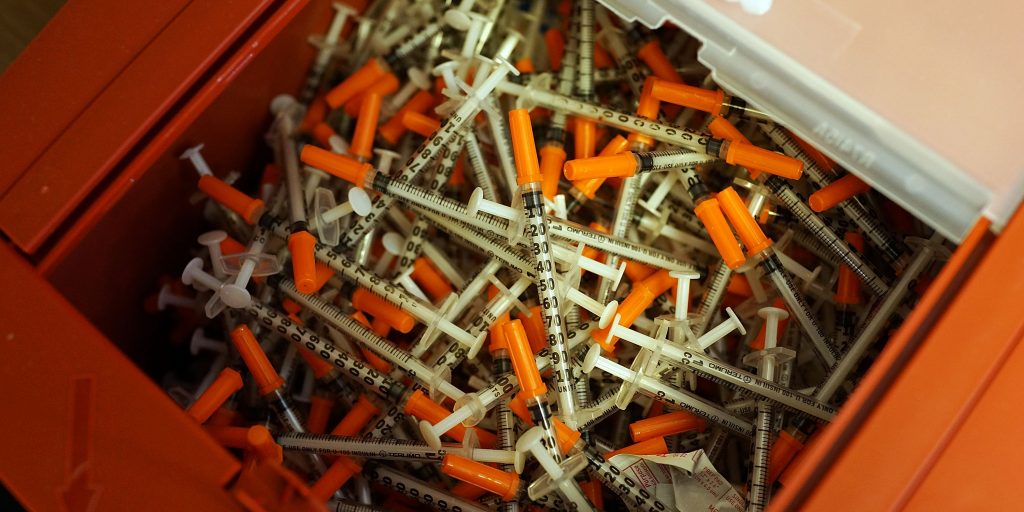 As the opioid epidemic sweeps the country, local governments are establishing needle exchanges to hinder the spread of blood-borne viruses like HIV and hepatitis.

Hopkins County, Ky., unanimously approved a needle exchange program on April 15, Kentucky TV station WFIE reports. The move joins the county with many other Kentucky communities that have such programs.

In Roanoke, Va., a nonprofit is seeking the establishment of a needle exchange, but the city’s police chief just signed a letter signifying his support of the program, according to Virginia TV station WDBJ 7.

“In spite of accusations to the contrary,” Roanoke City Manager Bob Cowell said, per the TV station, “the police chief has worked closely with the groups to arrive at a program… that addresses both the public health issue as well as response to his other legal obligations.”

Marion County, Ind., became the ninth county in Indiana to offer a needle exchange program, according to the Indianapolis Star. The county’s health department will run the program, and it will use a customized mobile health unit to carry the program out in Indianapolis and the rest of the county.

“The failure to implement these programs that will reduce this risk is irresponsible from a public health perspective,” Health Department Director Virginia Caine said, per the Star. “It’s just not all about drugs. It’s important in relation to the other things it causes.”

Clark County, Ind., has reported immense success with its needle exchange program, which opened in January 2017. In March, the needle return rate was over 90 percent, according to the News and Tribune.

That month, the program distributed 5,309 syringes and collected 4,296 stringers from program members as well as 650 “community syringes,” the newspaper reports.

About 320 needle exchanges operate in the U.S., and they are legal in 28 states, as well as Washington, the AP reports.

Studies have shown that regular visitors to needle exchanges are five times more likely to enter substance abuse treatment programs than people who do not, the Star reports.