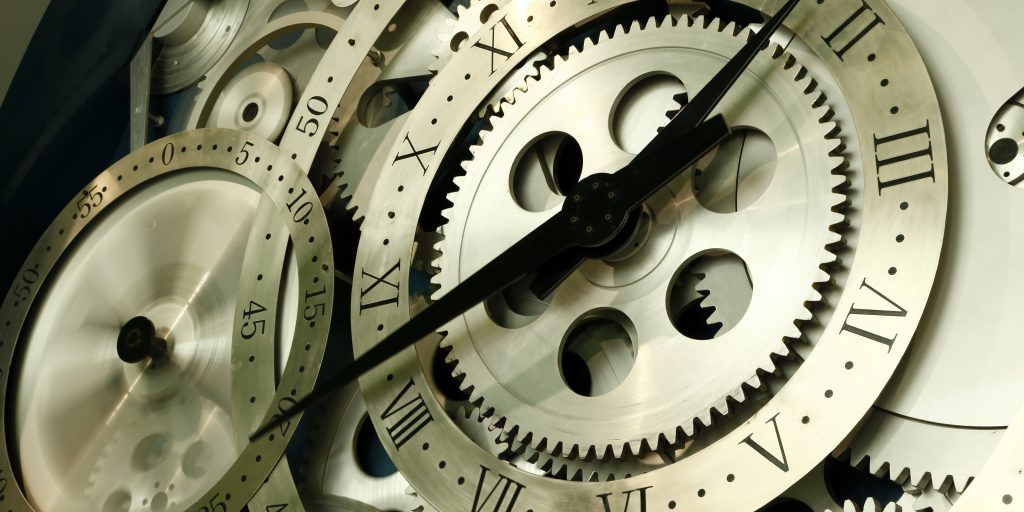 As the pace of technological development accelerates, the methodical machinery of procurement must adapt

Procurement professionals probably remember the days of typewriters but are now doing their work on laptops and smartphones.Technology has evolved rapidly over the past few decades, and that development will only continue to grow exponentially. What we procure today will be out of date tomorrow if we’re not careful, so it’s important to rethink the way we procure this category and understand the complexities involved and the flexibility necessary to keep government up-to-date.
Michael Bevis, chief procurement officer for Norfolk, Va., and chairman of the board at NIGP says he’s one of those veterans who has seen the rapid acceleration of technology and understands the problem this pace poses for procurement professionals. Bevis feels there are two issues when it comes to procuring technology. “They both come from the same source but they articulate themselves in different ways,” he says.

The first issue is that technology advances at a pace that is significantly faster than procurement processes can operate, even when they are working well. This means by the time you get to the completion of a procurement of a particular good or service, there’s a good chance it that good or service might already be outdated.

The second issue is that once there’s a new solution on the market, that solution is quickly replicated and modified in such a way that a company might appear to be the only source of a particular service at the moment, but by the time you’re finished buying it there might be several competitors who are doing the same thing better for less cost.

“You have to find a way to move faster or implement contractual structures that will allow you to modify what you’re buying as you’re buying it,” Bevis says. “It’s hard for anyone to keep up, even if you’re not in the public sector.”

“Procuring technology takes time,” Varda says. “It takes time to go through the proposals, to have them evaluated properly and do demonstrations. And then the longest part can be the negotiations.”

Vendors have standard language, and often times government’s can’t aggree to this language as a matter of policy. Additionally, as more services are moving to the cloud – that is, operated with vendor control – these issues can become even more complex, “There’s a lot of back and forth,” Varda says. “There’s a lot of moving parts you have to make sure you look out for so you protect yourself as an entity.”

At the surface level, this disparity in timelines might not necessarily be a bad thing. Governments shouldn’t operate like startups, and shouldn’t be purchasing the next best thing just to be on the bleeding edge, Bevis says. The goods and services procured by governments should be properly vetted and purchased with confidence that they will do exactly what they need to do. After all, governments are stewards of public funds and have a responsibility to use those funds wisely.

“Sometimes the public would be okay with innovation and the risks associated, but I think the key is understanding our communities can’t fail,” Bevis says. “The community has to continue to exist. It doesn’t have the privilege of dissolving and reforming – we have to plan for 20 years out and plan for 50 years out. We have to know the solutions we come up with will create resilient and sustainable communities. That counts against taking high risks, and that limits the potential rewards.”

In order to do this, governments must speed up their procurement processes. “The biggest downfall of government is that we’re slow,” Varda says. “We’re bureaucratic, there’s lots of cogs and wheels, there’s lots of steps and procedures.”

However, this doesn’t mean that the government can’t be in the business of innovation. Processes should be refined, and new technologies explored; it’s just a matter of doing so in a reasonable, measured, responsible way. “We don’t want to be on the bleeding edge,” Bevis says, “but we want to be as close to the leading edge as we can comfortably be while ensuring the continued existence of our communities.”

This is a challenge, but Bevis feels it can be solved at least in part by building flexibility into the procurement process and bringing the right people to the table. First, the IT people should be the ones making the decisions about which system will best suit them – it’s the procurement professional’s duty to create processes that are flexible enough for those experts to operate within.

Varda agrees, but argues that sometimes procuremnt professional’s hands are tied by state legislation. “I think the way to make this better, so were more nimble and better able to do things, is to put legislation in place to make technology procurement processes move faster,” she says. “We need to find shortcuts in the methods so it doesn’t take as long.”

That being said, procurement professionals can’t only be concerned with their side of the equation. For governments to be truly effective in the way they solve problems, they need to approach the private sector – particularly startups – in meaningful, attractive ways.

Jay Nath, the executive director of City Innovate, says governments need to be thinking about how they can solve their community’s problems by thoughtfully adopting and integrating emerging technologies. His organization is helping in this process through its Startup in Residence program. 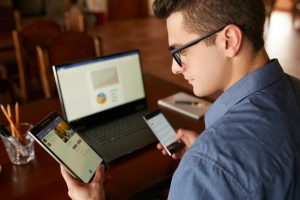 Generally speaking, the program helps governments partner with innovative tech companies to quickly procure new technological solutions they might not have previously considered while mitigating the risks associated with these types of partnerships. Risks that, in the past, have made it impossible for startups and government to work together.

“[Traditional procurement processes] can be a do-not-enter sign for young innovative companies that feel they could make an impact in their community, but don’t see the RFP process as one that is meant for them,” Nath says. “That’s really unfortunate. That blocks innovation, it’s not an inclusive process and it favors legacy companies simply because they understand procurement processes well.”

Nath agrees that a lot of the disconnect is rooted in the processes by which procurements are made. It’s not because governments don’t want to work with these business partners, it’s because they lack the tools necessary to do so. To bridge this divide, communication will be key. “We need to speak to the people who are not participating and ask them why. We need to understand what we need to address and resolve,” he says.

Nath also thinks there are some misconceptions on the public-sector side of the fence. Most in government view tech startups as entitles whose sole purpose is to make money – that they don’t care about the deeper challenges communities face, and that because those perceived values don’t line up, startups aren’t worth engaging with.

Bridging this divide is at the heart of the Startup in Residence program, Nath says. Over the course of two months, governments work to identify the challenges they face, and startups from around the world are encouraged to apply to solve one or more of these problems. The governments then select their start-up partners and begin a 16-week residency program where the two work closely together to research, design, build and test a solution. The project only goes to contract if the objectives of the scope of work are met and there is a positive working relationship between the team members. 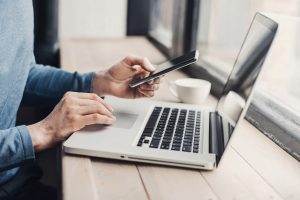 This model, Nath says, streamlines the procurement of new technologies and encourages companies who have never considered working with the public sector to reconsider. It also effectively mitigates the risk of working with these types of entities, as no purchase order is made until the solution is complete and tested.

“The government is playing the role of the expert in the problem and working hand-in-hand with the startup to develop and design a great solution that meets the outcomes they’re looking for. For the government, it’s a great way to assess the capabilities and understand how they can partner with [a Startup] in the future.”

This collaboration is key, and something that has been missing in purchasing technology. “Right now cities are buying technology based off of a proposal and maybe an interview,” Nath says. “What they’re getting might not be exactly what they need. They’re not getting the utilization on the staff side they were expecting, or having the impact they anticipated.”

So far, 28 local and state organizations have used the Startup in Residence program to develop solutions in their communities, according to program materials. One example where it’s worked well is San Francisco – where Nath previously served as Chief Innovation Officer.

San Francisco Public Works was trying to reduce the amount of litter on city streets and proposed the problem through the Startup in Residence program. They partnered with a European company that placed sensors in the city’s trashcans over the four-month partnership period. They were able to collect real-world data and refine their approaches until the number of overflowing trashcans in the test area was nearly zero and street litter was reduced by 80 percent. “They’ve wrapped up a great contract and are moving forward to deploying in thousands of trash cans across the city,” Nath says.

Although procurement and technology are on two completely different timelines, it’s still possible for these two worlds to work with one another in meaningful ways to the mutual benefit of everyone involved. “We think this is a new approach and a better approach to procuring technology for managing risk and being good stewards of taxpayer dollars,” Nath says.