Image via Michigan State Police for the Seventh District 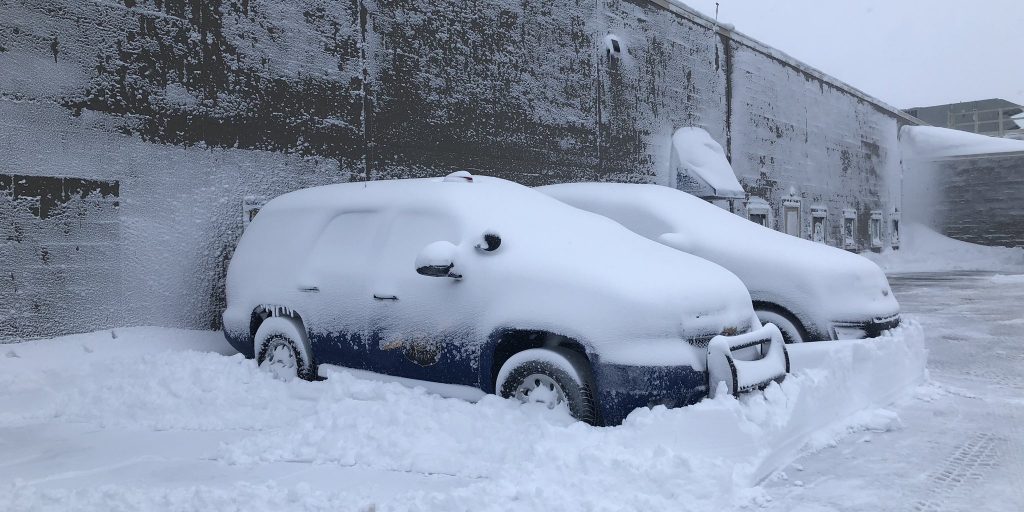 Michigan county closes all roads due to blizzard

Otsego County, Mich. declared a state of emergency and closed all of its roads due to a blizzard.

The declaration came on Feb. 24, according to a tweet by the Michigan State Police. The National Weather Service also declared a blizzard warning in the county as well as four others in northern Michigan until 7:00 a.m. on Feb. 25, the Gaylord Herald Times reports.

Snow accumulation of between 3 and 8 inches was expected, according to the Detroit Free Press. Drivers traveling on an interstate highway near Gaylord, Mich, — the county seat of Otsego County — reported being stuck in the snow.

“Please stay off the roads,” Otsego County Sheriff Matthew Nowicki tweeted. “Zero visibility almost everywhere. Multiple accidents throughout the county. Many major roads of travel have been shut down either due to accidents or white out conditions.”

In the meantime, Nowicki stated that emergency personnel and the county road commission were out to assist residents, per the sheriff’s tweet.

The blizzard has hit as a massive cyclone has torn across Michigan’s lower peninsula, according to the Free Press. Two energy companies reported that over 90,000 of their residential and business customers across Michigan were without power on the evening of Feb. 24. Moreover, 200 flights at Detroit Metropolitan Wayne County Airport have also been affected by the cyclone, Click On Detroit reports.