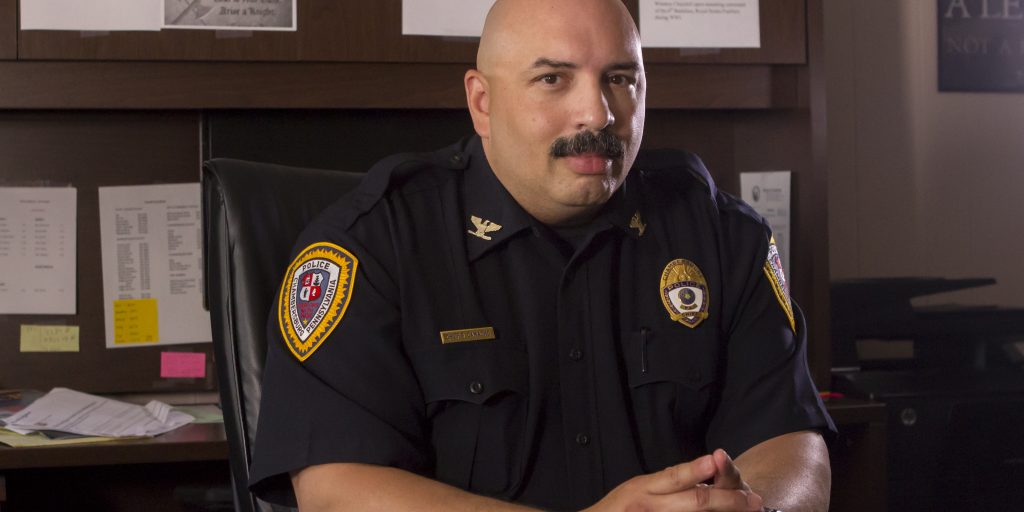 Finding the value of emotional intelligence

I started my policing career in 1995 in a south-central Pennsylvania city, after spending eight years in the U.S. Army. I moved up the ranks quickly: detective in two years; sergeant after seven; lieutenant in 11; and captain before my 14th anniversary with the department.

I also served on the county’s tactical team in a succession of roles, first as a shield operator, then team leader, and eventually overall commander.  I was an aggressive officer, one who had a knack for getting tasks done. The department’s upper leadership recognized this ability and, resultantly, gave me several difficult assignments to handle during my career there.

My leadership approach at that time could be characterized as severe; many of the officers in the department were less than motivated and discipline was lacking in many areas. I took on the mission of reintroducing discipline, and when officers violated departmental policy and procedures, I took it personally. What mattered, though, was that I was getting results. Unfortunately, coupled with my ego, I alienated many from my lofty height of operations captain. At the time, I failed to see how my demeanor was adversely affecting the department as an institution; I only saw and concentrated on the results, which seemed to be all positive.

Most of my leadership abilities came from my stint in the Army. Essential but straightforward tenets like, “Your soldiers eat first,” “Accomplish the mission and take care of your troops” and “Lead by example” were drilled into me daily. I, in turn, had drilled them into those under me.  It was a tried and tested approach to leadership.  All I had to do was export it to the command hierarchy in my new police department and wait for the same positive results.  Somewhere along the way, however, I lost my way and only followed those lessons that suited me with little regard for the “troops” under me.  I had become so focused on the single narrow aspect of discipline and obeying orders, that I had forgotten all of the primary doctrines about taking care of my troops, too.

Also, at this time, I was attending marriage counseling. While the sessions did not save my marriage, they did help me rediscover compassion.  This forced me to consider whether I had been making the same mistakes in my marriage that I had in my job.

Time spent in counseling helped me focus on my internal issues, to understand what made me tick, to check my ego, and fix that man that I saw every day in the mirror. I started a slow transformation with honesty – especially critical self-honesty – and compassion becoming my personal mantras. The first steps towards developing “emotional intelligence” started in those counseling sessions.

Psychology Today defines emotional intelligence as the ability to identify and manage your own emotions and the emotions of others. A police officer getting in touch with their emotions is foreign and uncomfortable, but a necessary, needed element to become an effective leader. Executive coach and author Joel Garfinkle identifies five qualities that all emotionally intelligent leaders possess: empathy, self-awareness, positivity, consideration, and authenticity. I was on my way to rediscover these indispensable and valuable traits.

My department did not get to experience the new me, however, as I retired and took a job as a police advisor in Afghanistan. As a civilian, I held no rank or authority. This was a real test of my newfound self. I began mentoring the young soldiers assigned to my team. This mentoring continued after I left Afghanistan, with me being called on to offer those same soldiers guidance and advice as they finished their tours and entered civilian life. I am proud of the positive effect I had on those dedicated soldiers, and saw the positive effect of this newly discovered approach to leadership.

My next stop was as deputy program manager under a U.S. State Department contract in Mexico. I was the in-country supervisor for 25 retired police trainers. Patience and respect were my watchwords during my time there. By that point I had begun to see validation of my new leadership methods. Many of those whom I supervised even told me that they would look forward to working under me again. That was high praise from such a group.  It has now been three years since that contract ended and some of those retired officers and agents still call me “Boss.”  It is a sign of admiration, one that I will cherish for the rest of my life.  That they go out of their way to keep in touch with me at all is a source of pride for me.

As a chief of police currently, I find command much easier than the days when I was still a young, arrogant and angry captain. All those leadership lessons, coupled with empathy, compassion and the suppression of my ego, have led to a successful and proven leadership style. I can now motivate others not by fear, but by admiration and respect. That admiration and respect now flows in both directions.  I am building up the senior and junior leaders under my command.   Doing so is no longer about me, but about me seeing them succeed, as well as the department. Today, I firmly believe that if I can help them succeed, that the department cannot help but benefit and be a success itself.  At this point in my life, I am truly fulfilled as a leader, perhaps for the first time since my tour in the 82nd Airborne, and it all started with a hard look at myself and discovering the value of emotional intelligence.

Ron Camacho is the Chief of the Chambersburg Borough Police Department in Franklin County, Pa.