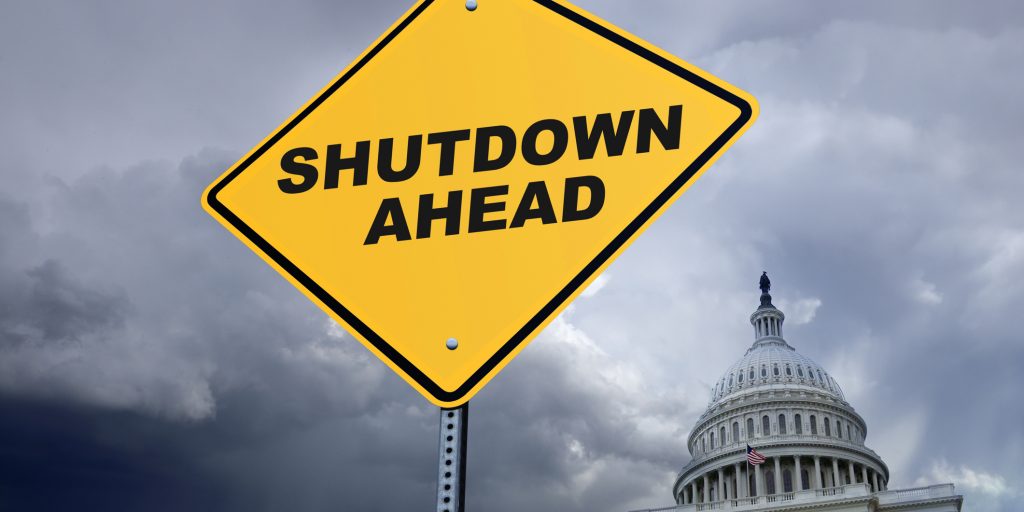 The current shutdown has dramatically impacted federal agencies and operations, but some local governments and communities are feeling the adverse effects, as well.

The shutdown has affected about 800,000 federal government employees, the New York Times reports. Just under half have been sent home on unpaid leave, and they could potentially go uncompensated when the government opens again. Just over half are continuing to work without pay, and these employees can expect to be reimbursed once the shutdown ceases.

As Congress funds the Washington, D.C. court system, the D.C. Marriage Bureau was closed as a result of the shutdown, according to BuzzFeed. Accordingly, one couple was turned away after trying to secure a marriage license from the district’s marriage bureau.

“We’ve been furloughed I think twice in our time in the Senate years ago, so we’re pretty familiar with what gets funded and what doesn’t,” Dan Pollock, the groom-to be (and a former public servant along with his fiancee) told BuzzFeed. “It never occurred to either of us.”

The Saginaw County (Mich.) Sheriff’s Department is losing money during the shutdown as it continues to guard a fatal plane crash site while waiting for the Federal Aviation Administration (FAA) to send an investigator to the scene, according to the Times. Given the agency’s limited resources during the shutdown, an FAA spokesman said that the agency didn’t have an inspector to send to the site.

“It may end up being where we have that plane taken from the scene and stored at a hangar,” Saginaw County Sheriff Bill Federspiel told local ABC affiliate WJRT, per the Times. “That’s my option for them if they say they can’t come right away — we’re not going to guard a plane in a park forever.”

Meanwhile, immigration courts in Philadelphia and Pittsburgh are having to cancel scheduled hearings, Pennsylvania radio station WITF reports. Although a smaller number of cases will be heard in immigrant detention centers, court staff there might not get paid as the shutdown continues.

“This is an inconvenience on many different levels,” immigration attorney Ruby Powers, who is based in Houston, told WITF. “From their case being on hold, not knowing when it’s going to happen, and financially as well.”