ARLINGTON, VA - NOVEMBER 13: People wait to board a Metro train at the Crystal City stop on November 13, 2018 in Arlington, Virginia Amazon announced today that it has chosen Crystal City in Arlington, Virginia and Long Island City in Queens, New York as the two locations which will both serve as additional headquarters for the company. (Photo by Mark Wilson/Getty Images) 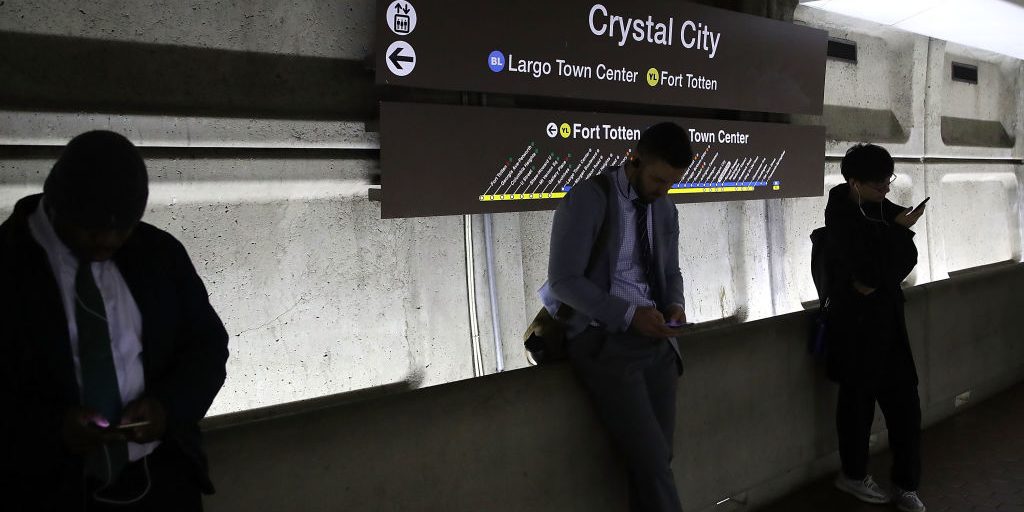 Technology and retail giant Amazon announced on Nov. 13 that it had selected the Long Island City neighborhood of New York and the Crystal City neighborhood of Arlington County, Va. as the locations for its second headquarters, which will be split among the two regions.

The announcement follows 14 months of intense competition between 230 North American cities vying for the opportunity to attract Amazon to their locales, USA Today reports. The company announced 20 finalists in January, and both winners were long-standing front-runners among the finalists.

Both areas are expected to see 25,000 new jobs created as part of Amazon’s move to their areas, according to CNET. Additionally, Amazon will also create 5,000 jobs in Nashville, Tenn., as part of a new operations site, USA Today reports.

“New York City is about to get tens of thousands of new, good paying jobs and Amazon is about to meet the most talented work force in the world in one of the most diverse places on the planet. Welcome to Queens, #HQ2,” New York Mayor Bill de Blasio tweeted on Nov. 13.

Not all officials representing winning cities were happy with the move, though.

“Amazon is a billion-dollar company. The idea that it will receive hundreds of millions of dollars in tax breaks at a time when our subway is crumbling and our communities need MORE investment, not less, is extremely concerning to residents here,” U.S. Representative-elect Alexandria Ocasio-Cortez (D-N.Y.) tweeted.

Officials in other finalist cities expressed mixed emotions about the decision.

“I do believe there was an East Coast bias at the top level of the organization, which is fine,” Dallas Mayor Mike Rawlings told CNBC, adding that he believed that presence near large political and media magnates “became a higher priority than the benefits that a Dallas [could] provide.”

“Just being in the top 20 has put the spotlight on the city and has made people pay attention that we’re not just a sunny, low-tax city,” Miami Mayor Francis Suarez told CNN. “We’re a city full of innovators.”

While Washington, D.C. was a front-runner that didn’t win, Mayor Muriel Bowser doesn’t seem upset by it. “Amazon in Arlington is a win for D.C.,” she said in a statement. “We will continue preparing residents with the skills and knowledge they need for the jobs of the future, including at Amazon.”