Soft drinks in a supermarket. Image via dyobmit | Wikimedia Commons. 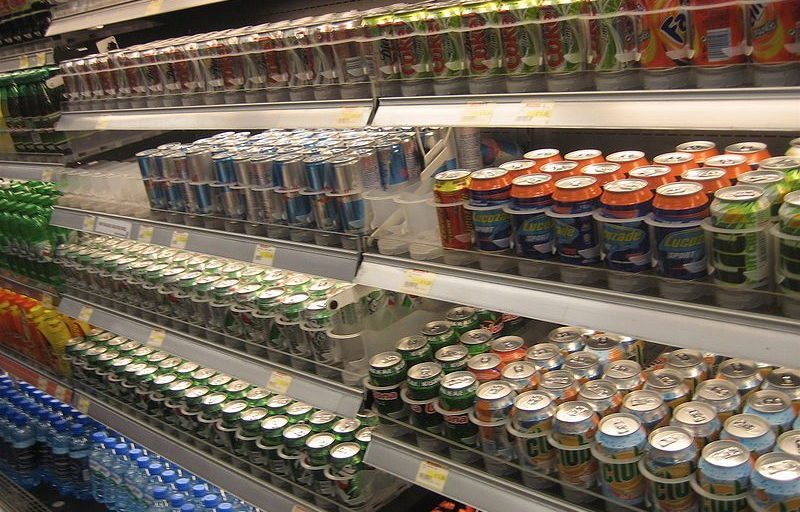 Voters in the State of Washington decided they didn’t want local governments creating taxes on soda or other grocery items on Election Day.

About 55.5 percent of voters chose to pass Initiative 1634, also known as “Yes! To Affordable Groceries,” according to Ballotpedia. Per the initiative’s summary, the initiative prohibits “new or increased local taxes, fees, or assessments on raw or processed foods, beverages, or their ingredients, intended for human consumption except alcoholic beverages, marijuana products, and tobacco, unless they are generally applicable and meet specified requirements.”

Taxes, fees and assessments levied on raw or processed foods or drinks or any of their ingredients before Jan. 15, 2018, can continue, according to Ballotpedia. Seattle’s 1.75 cent-per-ounce sweetened drink tax will remain in place, but the initiative prevents it from increasing, the Seattle Times reports.

Only Jefferson, King and San Juan Counties saw more voters vote against the measure than in favor of it, according to the Times.

Supporters of the initiative claimed that the taxes hurt working people and small businesses, while opponents argued that the initiative would prevent local governments from collecting money, the Seattle PI reports. The campaign to pass the initiative raised $20 million, but all but $20,300 came from large soda companies like Red Bull, Coca Cola, Pepsi and Dr. Pepper, the Spokane Spokesman-Review reports.

“Across from [my] store, McDonald’s, no tax. Taco Bell, no tax. Mine, soda tax. I have to increase my price and people don’t come to my store,” Aychu Aweke, who works at a 7-Eleven in Seattle, told the Times. “That hurts my business.”

Opponents also argued that passing the initiative would allow corporations to control state policy, according to the PI. The opposition campaign raised around $33,000, which primarily came from organizations like the American Cancer Society and the Child Obesity Prevention Coalition, according to the Spokesman-Review.

“This is an existential battle for the soda-pop industry,” Washington Sen. Reuven Carlyle (D-Seattle), who opposed the initiative, told the Times. “They know that they are now in the same light as tobacco, fossil fuels and other products that have negative externalities and affect public health.”