Mass timber: A solution to the affordable housing crisis 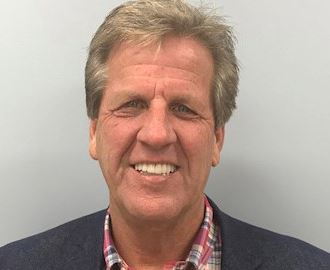 No human should have to live like a hermit crab, traveling from place to place without a permanent home. But tragically, for more than half a million people in the United States, this is a reality.

In and around cities like New York City or San Francisco, the lack of affordable housing, and in some cases shortage of housing, play an enormous role in aggravating the growing problem of homelessness and leave too many residents having to choose between rent, food or medicine.

In Seattle alone, since last year, there was a 46% increase in people living in their cars. In 2017, around 11 million Americans spent more than half their income on rent, leaving them vulnerable to either losing their housing or being forced to do without other essentials.

In light of the Trump Administration’s tariffs on steel imports, building with wood has become about 40% cheaper and – a crucial factor when construction labor costs are considered – takes about half the time to build compared with steel and concrete.

Technology has eliminated many of the traditional impediments to mass timber construction: Fire safety and structural capacity. Mass timber construction using modern, organic chemicals that render the wood fireproof, mold proof, and termite proof , is slowly becoming not only an acceptable, but a superior alternative to concrete and steel.

The current shortage of housing has pushed median rent and home purchase prices in the United States to the highest levels in history. Between 2011 and 2016, the median asking rent for a new apartment increased by 27 percent, a nationwide average of $1,480 a month, according to the Harvard Joint Center for Housing Studies. A report in Kiplinger’s found that home prices in major metro areas increased nearly 10 percent between 2016 and 2017.

These escalating costs push families to the brink.  What more American cities need is a sustainable, viable alternative to the traditional ways of attacking this problem.  Using new-growth lumber changes the game in affordable multi-unit construction. While untreated wood in the construction phase has resulted in catastrophic fires, driving up insurance costs and causing many cities to ban large-scale mass timber construction, the new advanced green technology fire inhibitors alleviates that concern.

Our lack of affordable housing strips American families of possibility and opportunity, but it does not have to be that way. If our elected officials want real solutions to the affordable housing crisis, they should be seriously considering mass timber construction.

Steve Conboy, a 45-year veteran of the construction industry, is chairman and general manager of M-Fire Suppression, Inc., a leader in the movement to protect wood and cross laminated timber (CLT)-built buildings from fires.