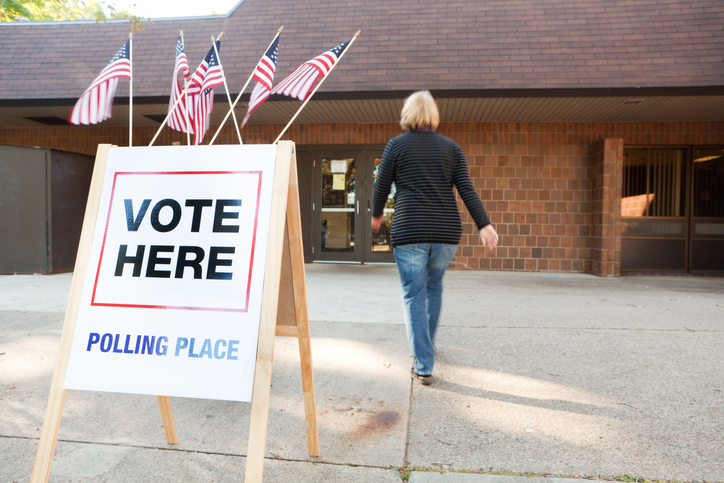 Local government agencies across the nation observed National Voter Registration Day on Tuesday, Sept. 25, not only encouraging residents to register to vote, but helping them do it, too.

On Sept. 26, the Bastrop County (Texas) Elections Department held its third annual voter registration drive to help residents conveniently register to vote, the Austin American Statesman reports. The drive was part of National Voter Registration Day, which has been held on the fourth Tuesday of September since first being observed in 2012.

“Every year millions of Americans find themselves unable to vote because they miss a registration deadline, don’t update their registration, or aren’t sure how to register,” the elections department said in a statement, per the Statesman. “National Voter Registration Day wants to make sure everyone has the opportunity to vote.”

The same day, the Housing Authority of Santa Barbara, Calif., worked with the League of Women Voters of Santa Barbara to help people register to vote, California Central Coast TV station KSBY reports. In total, the event brought out 16 voters, which included seniors, formerly homeless people and teenagers in the foster care system.

“It’s vital for everyone in our community to be heard, and we wanted to remove any obstacle that could get in the way of our residents participating in the November 6th election,” Housing Authority of Santa Barbara Executive Director & CEO Rob Fredericks told KSBY.

All 216 of New York’s city library branches hosted voter registration drives that day, too, according to Curbed. In addition to helping citizens register, some branches also hosted displays and events related to civic engagement and voting.

“Voting is a fundamental way that members of the public can participate, so it is a natural extension of our mission to bring voter registration directly into people’s neighborhood branches, which are trusted, heavily-used community resources,” Anthony Marx, the president of the NYPL, said in a press release according to Curbed.

Bernalillo County, N.M. County Clerk Linda Stover hosted a voter registration drive in Albuquerque, N.M. on National Voter Registration day as well, the Albuquerque Journal reports. However, Stover will also be introducing a “mobile voting unit” to be put at a different senior facility within the county every day during early voting. The unit will be open to all registered Bernalillo County voters.

“This is a project I had in mind long before I ran for office and I have continually pursued,” County Clerk Linda Stover said in a news release per the Journal. “The idea came from the need to fill a void for seniors who may become disenfranchised due to their inability to make it into the polling sites.”