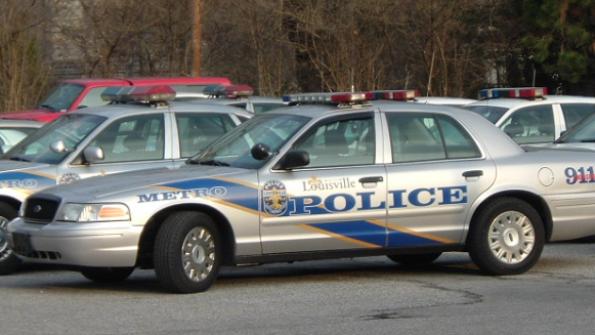 After being awarded $300,000 in a whistleblower lawsuit he filed against Louisville, Ky., a Louisville police officer is now demanding he get his rank back.

After being awarded $300,000 in a whistleblower lawsuit he filed against Louisville, Ky., a Louisville police officer is now demanding he get his rank back.

Lt. Raymond “Jimmy” Harper filed a lawsuit against his department in June 2017, claiming he was demoted from major to lieutenant due to questioning police leadership and giving information to local officials, the Associated Press reports. The demotion occurred during a period of restructuring, and he filed the lawsuit one month after he was demoted.

The lawsuit states that police leadership reprimanded Harper for giving crime data to Louisville Metro Council members and for speaking with the mayor about a department-related decision, according to the AP.

The suit specifically claimed that Harper was demoted due to a disagreement, Louisville ABC affiliate WHAS11 reports. However, Louisville Metro Police Chief Steve Conrad claimed he was demoted for being argumentative and for not being a team player. Conrad also demoted Harper during a departmental reorganization, WDRB reports.

Harper was ultimately awarded $115,000 in lost wages and $185,000 for embarrassment on Aug. 15, according to the Courier Journal. No punitive damages were awarded.

Conrad expressed disappointment at the verdict, but accepted it. “I will not apologize for my actions, because I believe they were in the best interest of the department and the city,” Louisville Metro Police Chief Steve Conrad said in a statement, per WDRB. “Through the reorganization of the department… we have made a significant impact on violent crime in this community.”

During his testimony, Harper got emotional and said his career was over, according to WDRB. Harper’s attorney, Thomas Clay, has since filed a motion to reinstate his title to major, WHAS11 reports.

City officials are divided on the case. Council Member Angela Leet believes that Harper should be reinstated as major, according to the Courier Journal. “Quite honestly, the demotion should have never happened in the first place and punishing a person for clearly doing what was right clearly was what was decided in that court case,” she told the news site.

Mayor Greg Fischer praised Conrad’s restructuring of the Louisville Metro Police Department, saying in a statement that it has positively affected the city, according to WDRB. A spokeswoman for Mayor Greg Fischer’s office however, told the Courier Journal that, “We have no plans to reinstate [Harper] as major.”