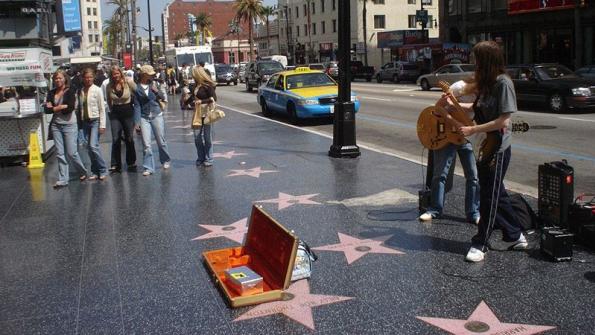 The West Hollywood, Calif., City Council has called for the removal of President Donald Trump’s star from the iconic Hollywood Walk of Fame. The only issue is, council doesn’t have the authority to remove the star.

The West Hollywood, Calif., City Council has called for the removal of President Donald Trump’s star from the iconic Hollywood Walk of Fame. The only issue is, the council doesn’t have the authority to remove the star.

The city council unanimously approved a resolution on Aug. 6, 2018 to seek the removal of Trump’s star on the Walk of Fame, the Los Angeles Times reports. Trump had received the star in 2007 for his work on NBC’s reality TV show “The Apprentice” and on the Miss Universe pageant. The star has been the target of vandals in the past, most recently when a young man destroyed it with a pickaxe last month, according ot Dateline Hollywood.

The council has never previously requested a star to be removed, according to CNN.

“The West Hollywood City Council did not pass the resolution because Donald Trump is a conservative or a Republican,” West Hollywood Mayor John Duran told CNN. “Earning a star on the Hollywood Walk of Fame is an honor. When one belittles and attacks minorities, immigrants, Muslims, people with disabilities or women — the honor no longer exists.”

While Los Angeles owns the 15-block Walk of Fame, the Hollywood Chamber of Commerce administers it, according to the Walk of Fame’s website.

“Once we receive a communication from the City of West Hollywood, it will be referred to our Executive Committee for consideration at their next meeting,” Hollywood Chamber of Commerce President Leron Gubler told the Times. “As of now, there are no plans to remove any stars from the Hollywood Walk of Fame.”

The situation of many calling for the removal of a star does have precedent, though. Activists in the past had called for the removal of comedian, actor and sexual assault convict Bill Cosby’s star from the Hollywood Walk of Fame, according to the Times. Goblet however, refused to do so, previously calling each star “a part of the historic fabric of the Hollywood Walk of Fame.”

While West Hollywood Mayor Pro Tem John D’Amico doesn’t expect the resolution to spur imminent action, he hopes it will spark conversations about what qualifies for the Walk of Fame, citing the nationwide movement to remove Confederate statues, the Times reports.

“I don’t like the idea that something of that significance is telling people that if you behave like our president, you get to have a star on Hollywood Boulevard,” West Hollywood Mayor Pro Tem John D’Amico told the Times. “Having a star is a privilege.”

West Hollywood’s leadership has shown anti-Trump sentiment in the past. Earlier this year, Duran declared May 23 to be “Stormy Daniels Day” in honor of the adult film actress suing the president, and he presented Daniels with a key to the city, New York Daily News reports.