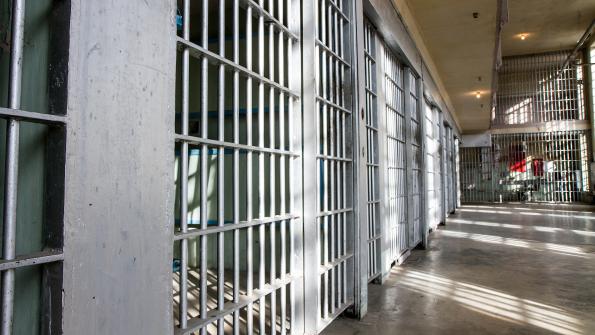 Counties submit proposals for immigration detainment, but some officials opposed to private proposals

To help Immigration and Customs Enforcement (ICE) increase its presence in the U.S. heartland, local governments in the Midwest are joining with private companies in proposing more detention centers.

To help Immigration and Customs Enforcement (ICE) increase its presence in the U.S. heartland, local governments in the Midwest are joining with private companies in proposing more detention centers.

Officials in Calhoun County, Mich., submitted a proposal in October 2017 to build a 300-bed facility that would hold ICE detainees for the agency’s Chicago and Detroit offices, MLive reports.

Calhoun County already holds up to 240 ICE detainees in its Battle Creek, Mich., jail and receives millions of dollars in revenue from its current contract with ICE, according to MLive. The new facility would add to that total.

However, Calhoun County has unsuccessfully tried to bring more ICE detainees to its jurisdiction for over 10 years, according to MLive.

"It might have a decent payback, but on the other hand, what do you do when those funds dry up because the politics changed in Washington or a relationship changes (related to) sending detainees to Calhoun County?" Derek King, chairman of the Calhoun County Board of Commissioners, told MLive.

"It seems like with ICE detainees, a lot of it is politically motivated from Washington," King told MLive. "I think it would be a pretty tough sell with the conditions of our roads and other burning issues."

“Our economic development strategy is focused on growing a more stable economy by creating a destination that is desirable and representative of the community pride that we are all working so hard to achieve.“ Elkhart Mayor Tim Neese wrote in a statement, per WNDU. “The proposed detention facility will not move us closer to these goals, and it is not part of the vision for the city of Elkhart.”

“We the undersigned would like to encourage all elected officials in Elkhart County, community leaders, education leaders, business leaders, nonprofit leaders, economic development groups, faith-based leaders, and residents to join us in opposing the proposed CoreCivic detention center,” Goshen Mayor Jeremy Stutsman wrote in an open letter that other local leaders signed, per WNDU.

CoreCivic withdrew its proposal for Elkhart County on Jan. 22, according to the South Bend Tribune. However, the company has other existing proposals for facilities in Appleton, Minn., and Pahrump, Nev., that would each house at least 600 ICE detainees, the AP reports.