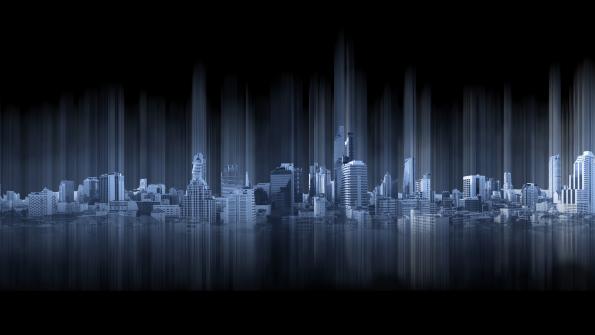 Everyone will say they want to create a smart city, but what that really means can defy definition, and while it’s interesting to talk about new technologies and smart initiatives, applying them city-wide can seem like an impossible task, not based in reality.

But Mike Beehler, vice president at Burns & McDonnell, doesn’t think the smart city movement needs to stay in the realm of “wouldn’t it be nice if…” As he defines the concept, a smart city connects all infrastructure — electric, gas, water and transportation — in diverse communities using technology to drive operational excellence, increase revenue potential and support sustainable customer lifestyles. While this sounds great in theory, Beehler agrees that actually achieving this goal is exceeding difficult on a city-wide scale. There are legacy infrastructure elements in place that must be upgraded, and it’s often cost-prohibitive to launch smart initiatives that will apply to the entire city. Retrofitting and redefining a community in this way is a hugely complicated process, and attempting to do so wholesale more often than not will not work.

The process of becoming smarter needs to be more iterative, Beehler argues. When considering new smart technologies, it’s important to think big, but cities have to start small. This is where the concept of innovation neighborhoods come into play.

Innovation neighborhoods are essentially laboratories that test vendor claims of smart products and services, analyze true return on investment and confirm customer interest and acceptance. Small in scope, this is where cities can experiment with new ideas. “In an innovation neighborhood, you can ask ‘does it work, does it work at scale, is there a return on investment, and do my customers even care,” Beehler says. “This is where you make the business decisions – do the analysis – as we develop a smart city.”

One benefit of innovation neighborhood is that smart innovations can be deployed on a significantly briefer timeline, which syncs well with how quickly technology advances as well as with municipal election cycles. It’s much easier to take advantage of quickly moving technologies at this scale, Beehler says, and it’s also easier for elected officials to deliver on a promised vision before votes are cast.

Grandview, Mo., a city of 26,000 living in about 15 square miles, has embraced this concept; it is using small, iterative steps to become a smarter city. In 2017, the city’s Mayor, Leonard Jones, announced the “Smart City, Small City” program to find new, affordable technological processes and solutions to help the city run more efficiently and effectively.

“We’ve submitted a request for proposals to see what some of the functionalities and opportunities are that we can take part in and partake of to make us even smarter so that our services to our residents and business owners continue to thrive,” says Jones. These initiatives will focus ultimately on reducing resource consumption by reconsidering the ways the city operates in terms of utilities, transportation and energy. “We want to improve efficiencies and costs for services,” he adds.  So far, five companies have offered proposals.

However, with any initiative, the city will be thinking big but starting small. “It’s probably the most important component,” Jones says. “It’s so necessary to look at the breadth of all the suggestions and proposals to decide what are some of the items we can instantly do and benefit from… we want to take advantage of these unique opportunities quickly.” Jones explains solutions that can be applied quickly on a small scale well create momentum for more projects, and the city can build upon this traction to implement more programs. “These are the projects we’re seeking first,” he adds. “Wrapping our arms around those will be the catalyst to ask what’s next?” Currently, the program is utilizing the public works director and community services director to determine, neighborhood by neighborhood, each small community’s needs to see which programs should be implemented.

So what should a local leader do to create their own innovation neighborhood? Often, it’s difficult to know where to begin. Burns & McDonnell offer these concrete, actionable steps for those looking to innovate on a small scale:

A potential partner in establishing an innovation neighborhood is the local electric utility, Beehler says. Utility leaders understand the regulatory restrictions, are usually well versed in pilot programs and generally speaking are trusted stakeholders in the community. Grid modernization programs align with most smart city efforts, and the utility will be able to track innovation neighborhood assets as a single, cohesive system. To get things started, Beehler suggests local leaders not be shy about reaching out. “Call up your general manager, call up the CEO of the co-op and say ‘I’d like to be a smart city. How can you help me do that?’” Beehler says. “It’s a win-win situation.”

To learn more about this topic, join American City & County magazine with Burns & McDonnell for a webinar on May 17 titled “Smart Cities: Think Big, Start Small, Move Fast: A scalable Innovation Neighborhood is the first step toward a Smart City.”