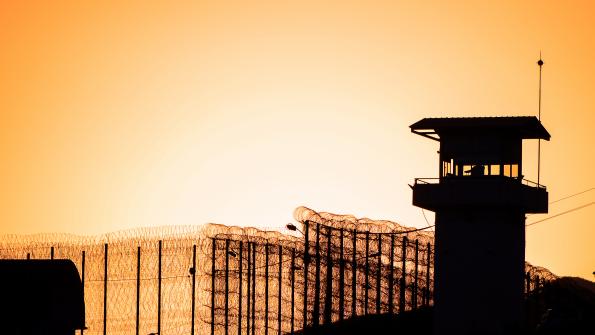 Constrained correctional budgets have local leaders looking for solutions, but is privatization really the best option?

America has the highest number of incarcerated individuals per-capita than any other country on earth. Including inmates in all federal prisons, those in the 50 state systems and those held in the thousands of county and local facilities, more than 1.3 million people were behind bars last year, and when counting those on probation or parole, the figure increases to 2.3 million, according to the Prison Policy Initiative. There are myriad reasons for these numbers, but putting the morality and efficacy of mass incarceration aside, much of the responsibility of handling imprisoned individuals comes down to state, county and local leaders.

As prison populations have increased, it’s been a challenge for these officials to find the funding to house and provide services for those in detention, leading many to privatize these functions. By relying on two major companies – GEO Group and CoreCivic* (formerly the Corrections Corporation of America) – communities have been able to cut costs related to corrections, and these organizations have been able to turn significant profits. However, these private facilities are plagued with complaints about lack of transparency, lack of oversight, higher rates of violence and inhumane conditions, raising the question if privatizing corrections is really worth it.

Mark Scott, a commissioner of Berks County, Pa., feels privatizing his community’s correctional facility makes sense – particularly from a financial standpoint. He says over the years, he’s become frustrated in dealing with the prison labor force, saying that their union has been particularly unreasonable in the face of a growing prison population.

He explains that when the state cut mental health facility funding, many troubled individuals were left with no place to go. More often than not, these people end up in some stage of the county’s correctional system. “The state basically has abandoned its former role and left us to pick up the slack and provide the care that they should be providing in a more centralized and specialized facility,” he says. “It’s really a disgrace, but in any event, it’s something we have to deal with.”

He says the union, however, is doing little to work with the county to help solve the problem. Instead, in Scott’s estimation, they are attempting to capitalize on the issue by filing unfounded grievances, making unreasonable demands and politically stymying attempts to streamline contracts. “This is the largest single contributor to the tax burden in the county,” he says. “About 30 percent of the county budget that comes from local tax dollars goes to the jail.”

Fed up with this state of affairs, Scott began researching private operators of correction facilities. A representative from CoreCivic was sympathetic to Scott’s frustrations and assured him that privatization would not only save him significant amounts of taxpayer money but would also handle the renovation and reconstruction of the county’s antiquated facility.

This aspect of the partnership was particularly attractive to Scott. “They will come in and design a prison for you, build it and lease it to you,” he says. “They don’t have to go out and float a bond issue and go through all the procurement hassles. You don’t have to bid everything – they handle all that stuff.” He admits that even though the lease rate might not be as good as the county’s borrowing rate, the company’s ability to navigate the process free from bureaucracy and their expertise in this field makes partnering with them worth it. “That’s very appealing,” he says.

CoreCivic representatives told Scott that if they were to take over operations, they would be able to cut about 30 officers from the county payroll. All-in, Scott estimates each officer costs about $100,000 annually in salary and other associated costs, leading to an estimated savings of about $3 million-per-year. “That’s a huge savings compared to any other opportunity, he says. “To me, that’s low-hanging fruit.”

But the reality of this privatization in Berks County might still be a way off. Scott says there are many legal and political hurdles to clear, and that it could take years before the county is ready to consider it as a realistic option, but he argues that doesn’t negate its viability. The financial benefits, he says, would make the effort worthwhile. And while he admits there are issues related to privatization, “it’s a no-brainer to try this,” he says. “We really have nothing to lose. It can’t be worse than the situation we have now.”

Not everyone agrees privation is the slam-dunk it appears to be, though. Jeremy Mohler who handles strategic communications for In the Public Interest, a comprehensive research and policy center on privatization and responsible contracting, says that while privatizing government services isn’t always a misstep, privatizing prisons often is.
The trend, he says, started in the early 80s in response to overcrowding in local jails. That issue continued on through the 90s with the emergence of harsher drug laws and “tough-on-crime” politicians. Mohler says the story of why our prisons are so crowded is a complicated one, but generally speaking there has been a shift towards a much more punitive attitude in the criminal justice system over the past three decades. When you take this issue and add it to declining state and local government budgets, privatization starts looking more attractive.

However, the desperation to house inmates cheaply, he says, should not be the sole consideration in the decision to privatize. There are issues of transparency to consider. “A lot of times, it’s difficult to get un-redacted information – or information at all – from these private prison corporations,” he says. “It’s already hard to get criminal justice information even in the public system… in our experience, this is exacerbated when a locality signs a contract with one of these corporations.” This lack of communication is particularly troubling, Mohler says, when it comes to incidents like prisoner deaths, guard attacks, riots and other violent episodes. “It’s very hard to get specific information about these situations,” he adds.

But there is another, more human, problem when it comes to privatizing prisons. By the very nature of the exercise, there is an incentive for companies to cut corners to maximize profits. While this might be okay in certain industries, we’re talking about human lives in this case, Mohler says. To cut costs, facilities have been poorly maintained, understaffed and inmates’ human rights have been violated. “In the criminal justice system prisoners can’t really advocate for themselves,” Mohler says. “This happens off in this black box, away from what everyday people are focused on. It’s easy to get away with.”

There’s also very good evidence privatization doesn’t end up saving that much money in the long run. “Evidence that private prisons save public money is mixed at best,” Mohler says. Some research supports this view, but numerous studies have indicated privatization has not saved meaningful amounts of money, or even cost more than publically operated facilities.

According to In the Public Interest materials, in 2010, the Arizona Auditor General stated that analysis by the Arizona Department of Corrections “indicated that it may be more costly to house inmates in private prisons” than public institutions. After making adjustments to allow for a more accurate comparison, “rates paid to private facilities were higher for both minimum- and medium-custody beds — the two categories of beds for which the [Arizona Department of Corrections] contracts.”

Federal studies have reported similar findings. An August 2016 memo from a Department of Justice investigation into private prisons reported, “[These facilities] simply do not provide the same level of correctional services, programs and resources; they do not save substantially on costs; and as noted in a recent report by the Department’s Office of Inspector General, they do not maintain the same level of safety and security.”
So, what is it actually like behind the walls of these private facilities? The corporations themselves are tight-lipped, and studies are limited in scope. However, there is anecdotal information available from both guards and prisoners that draws into question the efficacy and humanity of such facilities.

Shane Bauer is an investigative journalist who, back in 2014 spent 4 months as a guard in Corrections Corporation of America’s (now CoreCivic) Winn Correctional Center in Winnfield, La. He wrote an exhaustively researched piece about the private prison system and his own experience working for one for Mother Jones.

“I wasn’t really going there to write about the experience of the guards,” Bauer says. “I wanted to see what the situation was for prisoners. I quickly realized that the guards were also victims of this system in a lot of ways.” His experience was transformative, he says, and he learned firsthand the impact prison’s power dynamics have on guards and inmates alike.

One of the key takeaways from his experience, Bauer says, was the understaffing, underpayment and underperformance of the guards. “The job was impossible to do the way we were required to do it,” he says. “There just weren’t enough people.” Bauer says he worked in a unit of about 350 inmates with one other guard. Because no one was paid very much – about 9 dollars an hour – morale started very low and work ethic was almost nonexistent. Guards would either quit or become hardened and indifferent to the suffering around them. “The place became really chaotic, really violent,” he adds. “I saw people have breakdowns, I saw guards lash out at prisoners… it’s really common.”

Ultimately Bauer feels these problems are simply built into the private prison industry. Because these organizations are trying to turn a profit, corners will always be cut and if something can be done for less money, it will be. Treatment and education programs as well as adequate physical and mental healthcare for inmates are usually the first to go, leading to a correctional system less focused on rehabilitation than it is simply inexpensive human warehousing.

So, is it possible to privatize prisons in a responsible way that saves money while still protecting the rights and humanity of inmates? Mohler is skeptical but says if it’s possible, it starts with air-tight contracting and vigilance on the part of the contracting agency. “One of the only ways this could possibly work is by investing in oversight and making sure this contract is being monitored daily. You really need to stay on top of it… You have to hold the contractor to the standards of the contract.”

It’s here that both Scott and Mohler agree. In Scott’s opinion, government often overpays for sub-par products and services. He also admits that there are clear examples of private companies cutting corners in government contracting to turn a profit. The goal of a local leader, he says, should be to find a happy medium. For him, it also comes down to contract administration. He feels that for privatization to be successful – particularly in the criminal justice system, public representatives must be onsite to ensure the contract is being fulfilled dutifully and responsibly.

*Representation from GEO Group declined to participate in this story, and by press time, CoreCivic had not responded to questions.