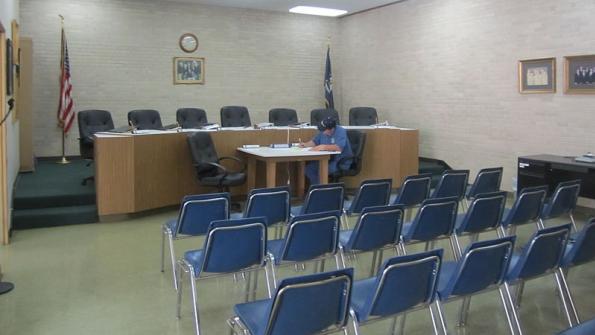 Some municipalities with strong-mayor forms of government are discussing switching their governance paradigms to include a city manager that will shoulder some of the responsibilities in handling municipal affairs.

Some municipalities with strong-mayor forms of government are discussing switching their governance paradigms to include a city manager that will shoulder some of the responsibilities in handling municipal affairs.

Cities begin these discussions for different reasons. No situation prompted Camas, Wash., to form a committee to explore the potential action of replacing its strong-mayor form of government by adding a city manager, the Camas-Washougal Post-Record reports. It’d simply been years since such a discussion had materialized in the city. The city had had a long period of success with its strong-mayor governance and a city administrator for years.

“We have not had any rogue mayors or any mayors that had poor judgment in their personal lives or in running the city,” former Camas Mayor Nan Hendriksen told the Post-Record. “Camas was a town of 6,000 when I was able to hire [former city administrator Lloyd Halverson]. Now, we are pushing 24,000 and laws are more complex.”

Elected officials don’t always prompt these discussions, either. In Danville, Ill., a grassroots group created a petition to place a question on the city’s Nov. 6 ballot asking for voter approval to switch from a strong-mayor form of government to a city manager-led form of government, according to the News-Gazette.

The new model would retain its council structure, hire a new city manager/CEO and retain a mayor, albeit with reduced roles, the News-Gazette reports. The proposing group, Moving Danville Forward, started the petition to give residents more value for their tax dollars and to give an additional layer of accountability to administrators.

Such proposals can cause major differences of opinion. Danville Mayor Scott Eisenhauer has publicly expressed his disproval of such a change.

“The current form of government is most responsive to the public and requires vision and leadership which benefits the community as a whole, not just 14 people,” he said in an emailed statement, per the News-Gazette. “I hope as citizens consider this referendum, they evaluate what role they personally want in choosing their future leaders, or if they are comfortable conceding that power to only a few.”

Likewise, a rift developed in the Hilliard, Ohio, City Council when one council member proposed a Nov. 6 ballot item to switch the strong-mayor government to a city-manager model via a city charter amendment, ThisWeekNews reports.

Mayor Don Schonhardt opposes the move, telling ThisWeekNews, “Without the current system of checks and balances (in a strong-mayor form of government) between executive and legislative branches of government, you turn over the operations to a single branch of government, which in my opinion is never a wise choice.”

Others said that rushing to put the issue on the ballot would be unwise, and that the issue should be brought before citizens before it’s placed on a ballot. “Where is the rush? Citizens should be given the opportunity to discuss the issue,” Kurt Gearhiser, chairman of the charter-review commission said at a council meeting, per ThisWeekNews.

“It can’t be rushed like this. … Let’s do it right,” Gearhiser added.