Why forensic DNA software is a major advantage to crime solving 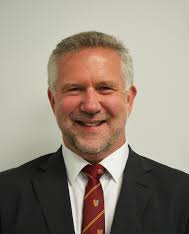 City, county, and state forensics labs increasingly are using sophisticated forensic DNA interpretation software. Forensic software’s ability to extract evidence from microscopic or mixed traces of DNA not only is contributing to criminal investigations in which DNA evidence previously was considered too complex to interpret, but also proving to be highly effective in cracking cold cases.

As a result, the findings of these analyses are being used to identify criminal activity with a high degree of confidence in their validity. In a recent Michigan case, for example, sophisticated DNA software interpreted the profile obtained from sweat inside a sneaker left behind at a crime scene, providing key evidence in an armed robbery case. The same software was recently used to isolate the defendant’s DNA in evidence presented in a Brooklyn, New York murder case, resulting in a conviction.

Undoubtedly, forensic DNA software has improved the ability of forensic analysts to interpret low-level, degraded, or mixed DNA samples. By running DNA test data through a range of probability models and using more of the DNA profile than previously possible, forensic DNA software is able to calculate a likelihood ratio, weighed against coincidence, to resolve DNA mixtures previously regarded as “unresolvable.”

But does this software represent the advance in DNA testing its supporters claim? Let’s take a look at the issues typically raised with respect to forensic DNA software.

Other questions have been raised – and will continue to be raised – with respect to sophisticated forensic DNA software. It’s the nature of anything new. The bottom line, though, is that forensic labs now have a highly effective tool at their disposal. And while the future will see even more advances, the increasing acceptance and use of sophisticated forensic software undoubtedly will have a profound impact on their ability to solve previously unsolvable cases.

John Buckleton is a noted forensic scientist who has worked extensively in the DNA field as a member of New Zealand’s Institute of Environmental Science and Research Limited (ESR).