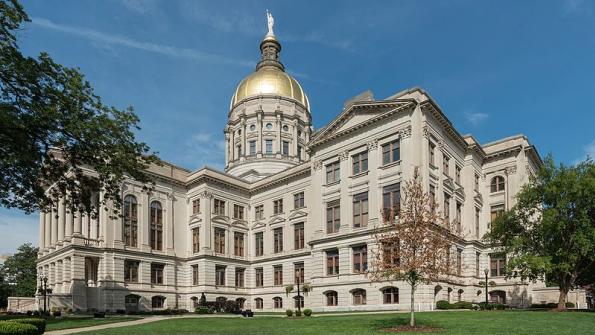 The Georgia Bureau of Investigation is conducting a probe into potential violations of the Georgia Open Records Act on the part of the Atlanta government.

The Georgia Bureau of Investigation (GBI) is conducting a probe into potential violations of the Georgia Open Records Act by the former Atlanta mayor's press office.

The Georgia attorney general’s office asked the GBI to investigate all potential violations that the press office of former Mayor Kasim Reed may have carried out, Atlanta TV station WSB-TV reports. It’s the first ever criminal investigation under the state’s records law.

The investigation request follows a WSB report in which a WSB reporter received text messages from multiple Atlanta officials that imply that members of the former mayor press office may have knowingly and deliberately delayed the release of public records that contained unsavory information about city officials, Atlanta TV Station FOX 5 reports.

The text message string at the center of the investigation first started when WSB sent a public records request on Feb. 28 for the water service bills for two properties owned by Mayor Kasim Reed and his brother Tracy, a former city employee, myAJC reports.

The Watershed Department released the two bills in early March, which showed that Tracy’s property had racked up unpaid water bill balances of as much as $9,000, and the account hadn’t been paid in four years, WSB reports. WSB then sent another request for the water bills for an Atlanta city council member on March 7, per WSB.

“I’d be as unhelpful as possible. Drag this out as long as possible. And provide information in the most confusing format available,” Garland texted Govus, per WSB. When the city missed a March 20 deadline to release the documents, WSB requested the water bills for all city council members, per myAJC.

After Govus missed the April 10 deadline, WSB's attorney sent a letter threatening legal action, per MyAJC. When Govus released the documents on April 14, they revealed that at least five council members and the council president hadn’t regularly paid their water bills in full, WSB reports. WSB subsequently ran multiple stories on their findings.

“It’s just a clear indication that they were circumventing the open records law and not providing the information they were legally required to provide in a timely manner,” Council President Felicia Moore, a critic of Reed’s, told myAJC. “It’s evidence of what people already knew was happening.”

The documents showed that current Atlanta Mayor Keisha Lance Bottoms had had an outstanding water balance at her home for multiple months between 2010 and 2017 myAJC reports. In response to a myAJC story about this fact, Bottoms told myAJC she would be fine with her water being cut off because, "“I don’t want anybody to think that I am doing something out of the ordinary or that I am getting special treatment because I’m not.”

In a statement to FOX 5 regarding the ongoing GBI investigation, Bottoms commented the following: "While I was not privy to decisions made by the previous Administration regarding the Georgia Open Records Act, I want to reaffirm my pledge to rebuilding trust with the public and members of our local media. Transparency is paramount and my Administration will always follow both the spirit and letter of the Georgia Open Records Act."