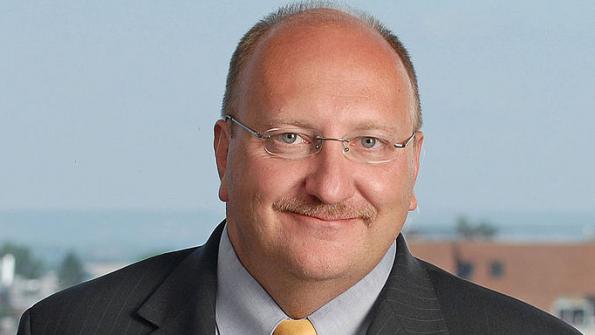 The trial centered on a scheme in which Pawlowski rigged city contracts for construction, engineering, legal and technology work in order to raise funds for his 2014 campaign for Pennsylvania governor and his 2015 campaign for U.S. Senate, according to the Associated Press. In exchange for contributions to his campaigns, Pawlowski gave donors favorable treatment and city work, the Allentown Morning Call reports.

Multiple current and former municipal employees and other witnesses testified about pressure put on city officials to benefit those who contributed to his campaigns, the Morning Call reports.

“This type of behavior is not acceptable,” Assistant U.S. Attorney Anthony Wzorek said, per the Morning Call. “If [officials] don’t have it of their own mind to think this is unacceptable, we will be watching, and the FBI will be doing investigations and will root out corruption.”

Pawlowski was convicted of counts including bribery, conspiracy, attempted extortion, fraud and lying to the Federal Bureau of Investigation (FBI), the AP reports. He was also found innocent of seven counts, according to the Morning Call.

The trial lasted five weeks, according to the Morning Call. On March 10, his sentencing date was set for June 27.

Pawlowski had served as mayor of Pennsylvania’s third-largest city for 12 years, the Morning Call reports. He resigned from office on March 9.

"Thinking only of himself, he deprived Allentown residents of their right to receive honest and faithful services from their municipal government," U.S. Attorney Louis Lappen said in a statement, per Philadelphia TV station NBC 10. "The mayor then tried to cover up his crimes by destroying evidence, lying to the FBI agents who were investigating him, and lying to the federal jurors who heard his case."

Pawlowski faces up to 20 years in prison on each count, but Seth Weber, a former federal prosecutor who now teaches at DeSales University, told the Morning Call that he will likely receive 5-10 years in prison.

Allentown City Council President Roger MacLean will hold the mayor position until the council appoints a mayor to serve until the November 2019 municipal election, NBC 10 reports.