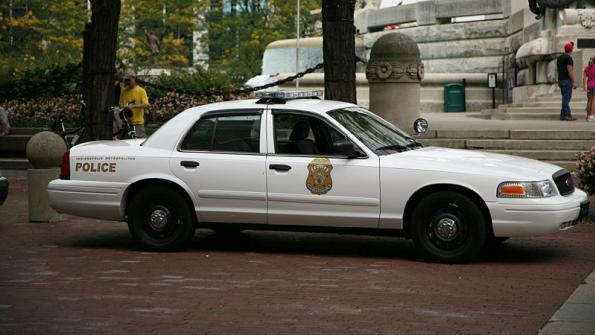 As electric cars continue to gain popularity among consumers and organizations, Indianapolis is driving away from a problem-plagued electric vehicle fleet agreement.

As electric cars continue to gain popularity among consumers and organizations, Indianapolis is driving away from a problem-plagued electric vehicle fleet agreement.

Mayor Joe Hogsett’s administration has signed a “Wind-Down and Termination Agreement” with Colorado firm Vision Fleet to end its contract for an electric municipal fleet after numerous problems plagued the deal, according to Indiana TV station WXIN.

Former Indianapolis Mayor Greg Ballard had signed the deal in February 2014, the Indianapolis Business Journal reports. The agreement involved the city paying $32 million over seven years to lease 425 electric powered cars including Nissan Leafs and Chevrolet Volts. The cars were to replace gas-powered vehicles and would be used in several city applications.

After the deal ended in 2021, the city would buy each vehicle from Vision Fleet for $1 and handle their disposal and scrapping, WXIN reports.

However, in the deal, the city noted that the cars “do not sufficiently meet the vehicle needs of various agencies of the city,” and that “certain disputes have arisen between the Parties as to the extent and quality of services provided,” according to WXIN.

A 2016 audit into the program reported, “the program to be ineffective…and plagued with misrepresentations and noncompliance,” WXIN reports. Moreover, the audit notes, “the agreements and activities stray[ed] from the expressed premise and representations from which the program was derived. This is manifested as a lack of performance, and/or unacceptable performance from the vendor, as well as agreements and actions that fail to satisfy essential objectives.”

Under the new agreement, the city will return 200 cars, keep 12 and shell out $500,000 for 43 charging stations built on city property, according to the IBJ. The administration has asked manufacturers to provide proposals for alternative fuel and electric vehicles, WXIN reports.

The agreement had been a longtime disagreement between Ballard and the Indianapolis City-County council, The Indy Channel reports. In 2015, the council had actually voted to sue the city to prevent it from enacting the Vision Fleet contract, but both sides ultimately settled, according to the IBJ.